HomeNewsGoogle I/O 2022: When is it and what to expect
News 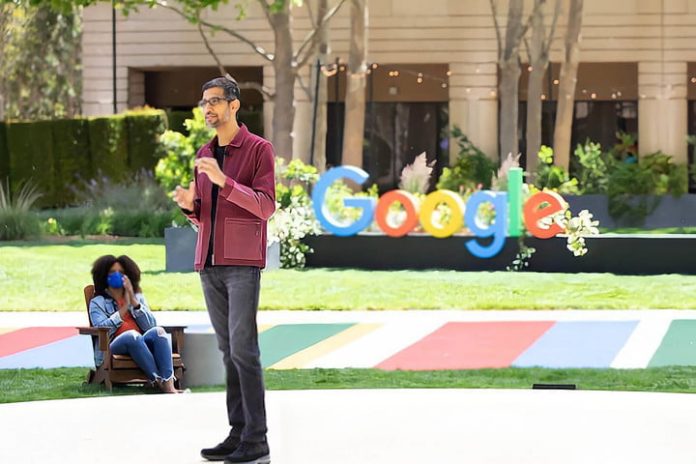 Whenever a major tech company hosts a yearly event, there’s plenty to get excited about. We’re talking about multi-day conferences like Apple’s Worldwide Developers Conference and Amazon’s annual fall event, where new products, services, and upgrades are announced.

Google I/O, Google’s take on the annual big-tech showdown, was completely virtual in 2021. But Google I/O 2022 is returning this spring with in-person attendance, impressive developer tools, and plenty of rumors as to what new Google gear will be in the limelight.

While there’s no official word as to what the keynotes will address, we’ve put together this guide to Google I/O 2022 to address some of the event logistics and to dish about what new tech we might get to see and hear about.

This year’s Google I/O event is taking place from May 11 to May 12, with an expected keynote on May 11. The annual developer conference is returning to an on-site venue this year after COVID-19 restrictions kept the event purely virtual for 2021.

Google I/O 2022 is being held at the Shoreline Amphitheater in Mountain View, California. Limited in-person attendance is available for those wishing to register at io.google/2022, but the entire event will be broadcast live from the io.google/2022 site.

If you can’t catch the event during its initial stream, don’t worry; Google will be recording and uploading coverage of the conference for future viewing.

Over the course of the two-day event, keynote speeches will cover company and product-related announcements, while technical breakouts will cover in-depth product discussions and updates. Registered developers will have access to an interactive dashboard that can be used to interact with fellow attendees and event hosts.

I/O Adventure, one component of this dashboard, allows developers to chat with Googlers, ask questions, and earn badges and other accolades throughout the event. Similar to last year’s event, there will be a sandbox feature that allows guests to virtually test new Google products and features.

The dashboard will also include access to a Google I/O Learning Lab experience, where guests can take part in self-guided learning modules that will help developers learn the ins and outs of new Google-powered technologies.

While there are no official announcements as to what products and services will be covered at this year’s conference, we have some fair guesses as to what new tech will be discussed.

Android 12 was a major reveal at last year’s virtual I/O event, and with Android 13 already being beta tested, we’re betting that we’ll be getting a big Android 13 tell-all at I/O 2022. Through sources at Android Police, we’ve learned that Google plans to roll out some additional tweaks to its Material You customization suite. Other improvements to the mobile OS include enhanced notifications and permissions, an easier-to-access QR code scanner, and more.

Rumors are abundant that Google will finally be releasing its own wearable. Referred to as the Pixel Watch, the smartwatch will run off Google’s Wear OS 3 and will include features like a heart rate monitor, step counting, and the ability to pair with your favorite Fitbit devices.

Since Google already owns Fitbit (which may see some I/O developments of its own), it’ll be interesting to see what kinds of ingenuity the company will bring to a smartwatch all its own. Intended to be an Apple Watch adversary, we can expect pricing close to $400.

Google’s Pixel 6A has received plenty of hearsay over the last several months, and there’s a good chance we’ll get to officially hear about it at I/O 2022. With the news that the phone is going to pack the same Google Tensor chip as the Pixel 6 and Pixel 6 Pro, this bumps up the performance of Google’s budget-line “A” series to be more in keeping with some of the company’s more powerful phones.

It has been a while since we’ve seen a new smart home hub from Google, with the flagship Nest Hub Max releasing over two years ago. That could all change though, with intel from 9to5 Google indicating that Google has been working on a new Nest Hub with a detachable touchscreen.

We wouldn’t be surprised if we heard more about this device at I/O 2022. In fact, it may even be lumped into talks about Android 13, as Google’s traditional Chrome OS platform may not be robust enough to support the kinds of features that a fully-detachable display could deliver.

Furthermore, there’s a chance we could be hearing about updates to Google’s existing lineup of Nest speakers, including the Nest Mini and Nest Audio.

With Google’s first foldable phone expected later this year, there’s a decent chance that the device will get some attention at this year’s I/O event. Rumored to be built upon the Google Tensor chip, industry sources have reported the phone will hover around $1,799, making it a good competitor for Samsung’s Galaxy Z Fold 3.

This article will continue to be updated as rumors leak, so stay tuned for more information.

Facebook
Twitter
Pinterest
WhatsApp
Previous articleHurry! Dell is having a refurbished laptop sale for the next 48 hours!
Next articleGoogle I/O 2022: When is it and what to expect
- Advertisment -