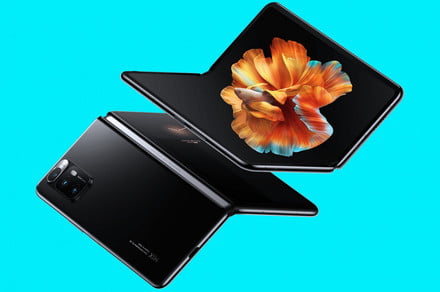 Xiaomi is reportedly working on its next foldable phone in the Mix Fold series, rumored to be called the Mix Fold 2, and this one might turn things around, quite literally. A piece of code taken from Xiaomi’s MIUI Android skin and reported by XiaomiUI mentions a “ReverseFoldedDevice” in one of the strings. The team believes it denotes one of the two folding positions of the upcoming Mix Fold 2 smartphone, so does it?

Huawei previously experimented with an outward folding design on the Mate X and Mate Xs that eliminates the need for a secondary cover display, proving it is a workable design. In 2019, Xiaomi co-founder and president Lin Bin appeared in a video playing with a double-folding phone with an outward-folding design. That phone never made it to the shelves.

A key advantage of a 360-degree foldable design is that in its folded state, one-half of the screen offers an almost edge-to-edge portrait view without any thick bezels and a selfie camera. Take for example the Galaxy Z Fold 3 with an already thin cover display, but the bezels all around steal even more screen real estate from it, and to such an extent that the cramped keyboard can make typing a chore.

Is this Xiaomi’s plan?

Is this all evidence of Xiaomi’s future folding phone plans? This is a rumor for now so expectations should be kept in check, but there’s also a chance the whole thing is a case of misinterpretation. Well-known device tipster Ice Universe shared on Chinese social network Weibo that for Xiaomi, 2022 will be all about the Mix Fold series of phones, indicating one or more devices may arrive in the near future.

But according to a translated post from, Digital Chat Station, also taken from Weibo, the Mix Fold 2’s design will not hold “big surprises,” and instead feature a 6.5-inch cover display and an 8-inch inner foldable OLED panel with a 120Hz refresh rate.

What else is being said about the Mi Mix 2? Qualcomm’s Snapdragon 8 Gen 1 will reportedly power the device, and there are rumors that stylus support will also be a part of the package, just like the Galaxy Z Fold 3. Xiaomi is also said to have significantly reduced the crease visibility, a parameter Oppo aced with its Find N foldable phone.

The phone will reportedly launch in June and may be accompanied by another foldable phone with a clamshell design. For now, none of this is confirmed, but expect more rumors to spread between now and the potential June announcement.