HomeNewsApple Scrapped Plans to Let Users Use Siri to Make Purchases Due...
News 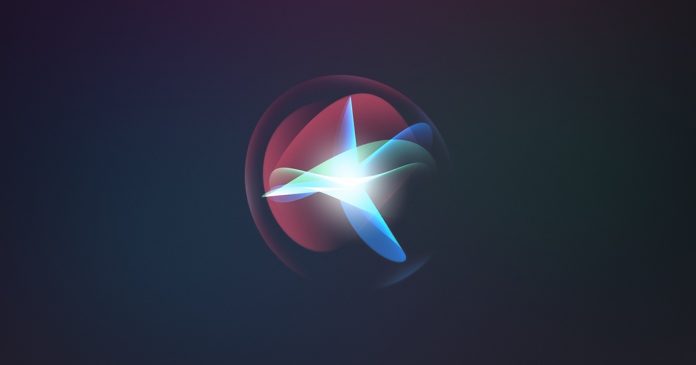 Three years ago, Apple explored letting users use Siri to make purchases for apps and services, similar to how users can use Amazon’s Alexa to place orders online, but engineers scrapped the idea following privacy concerns, according to a new report today by The Information.

In the more noteworthy tidbit of the report, The Information reveals that in 2019, Apple explored the possibility of letting users use ‌Siri‌ to make purchases, but that further along in the project, the team in charge of the effort had to abort the idea following privacy concerns.

Some proposed Apple features never see the light of day because of privacy restrictions. In 2019, employees explored whether a customer could use Siri to purchase apps and other online services by using their voice, similar to how customers of Amazon buy products using its voice assistant, Alexa, according to a person with direct knowledge of the project. The effort stalled in part because of strict privacy rules that prevented Siri from tying a person’s Apple ID to their voice request. The Apple media products team in charge of the project couldn’t find an alternative way to reliably authenticate users in order to bill them, this person said.

This isn’t the first time that Apple’s privacy policy has limited what its engineers can do, according to the report. Engineers and staffers working on ‌Siri‌, the App Store, and even the Apple Card often have to “find creative or costly ways to make up for the lack of access to data.”

One of those creative ways Apple engineers have come up with is differential privacy, which was first demoed by Apple’s Craig Federighi at WWDC 2016. In a technical PDF overview, Apple describes its implementation of differential privacy as enabling it “to learn about the user community without learning about individuals in the community. Differential privacy transforms the information shared with Apple before it ever leaves the user’s device such that Apple can never reproduce the true data.”

Even with differential privacy, however, and Apple’s attempt to aggregate as much user data possible without making it traceable back to specific users, engineers remain concerned and feel constrained with what they can and can not do, according to the report.

Despite those efforts, the former Apple employees said that differential privacy and other attempts to work around customer data restrictions have had limited or mixed results and that it can be tough for new employees to adapt to Apple’s strong privacy culture, which comes directly from CEO Tim Cook and other senior vice presidents. Apple’s efforts to reduce how much customer data it collects are based on fears that employees could try to look at the information for improper reasons—the kind of well-known violations that have occurred at Google and at Uber—or that hackers could compromise the data.

The report also sheds light on privacy concerns during the development of the Apple Watch. According to people who worked on the project cited in the report, features like Raise to Speak, which lets users speak to ‌Siri‌ without a verbal “Hey ‌Siri‌” by just raising their wrist faced initial pushback due to concerns about microphone and accelerometer data collection.Tags: Siri, Privacy
This article, “Apple Scrapped Plans to Let Users Use Siri to Make Purchases Due to Privacy Concerns” first appeared on MacRumors.com