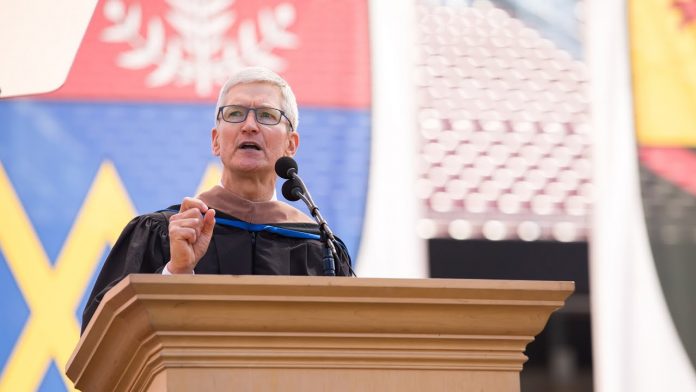 Gallaudet University has announced that Apple CEO Tim Cook will deliver the university’s commencement address next month. Located in Washington, D.C., Gallaudet says it is the only university in the world where Deaf and hard of hearing students live and learn bilingually in American Sign Language and English.

Cook will speak alongside Gallaudet University student Molly Feanny, who will be the undergraduate student speaker at the commencement.

“I am beyond proud and honored to share that Tim Cook will be our 2022 commencement speaker,” said Roberta J. Cordano, president of Gallaudet University. “Tim is a remarkable visionary, truly one of the great CEOs of our time who, without question, will leave a lasting imprint for generations to come. As the leader of one of the most admired brands in the world, Tim has demonstrated an unwavering commitment to diversity, inclusion, representation and accessibility – values that matter deeply to our Gallaudet community and so many other underrepresented groups.”

Thanks so much Molly, I’d be honored! See you there! https://t.co/eSmy1uyFu7

The announcement comes after Apple TV+ film “CODA” won an Academy Award for Best Picture. The film revolves around a young woman named Ruby, the sole hearing member of a Deaf family. Using sign language, Ruby acts as an interpreter for her parents while working for her family’s struggling fishing boat business. Cordano said the film is “one the most authentic representations of deaf people and their families in the history of cinema.”

Gallaudet’s 152nd undergraduate commencement ceremony will take place on Gallaudet’s campus on Friday, May 13 from 2 p.m. to 4 p.m. Eastern Time.