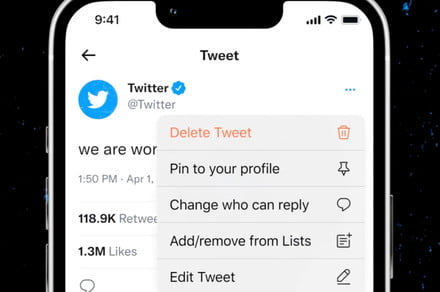 It’s not quite ready yet, but work on Twitter’s edit button appears to be progressing, according to recent screenshots of it.

On April 16, 9to5Google contributor Dylan Roussel tweeted screenshots of an enabled edit button feature. The feature hasn’t been officially released yet, but earlier this month, via a series of tweets, it was confirmed by Twitter that the feature would begin testing in Twitter Blue Labs “in the coming months.”

Uh oh! 👀@Twitter's edit button can already be enabled. It doesn't work yet, but I'll keep an eye on it! pic.twitter.com/7hyCAxsSym

With Roussel’s screenshots, what we’re likely seeing is a work-in-progress, especially since, according to his own screenshots, the edit button feature doesn’t appear to work yet.

But even though the feature doesn’t work right now, the screenshots of it do reveal a few things about what it looks like so far:

But while we can see that Twitter is clearly still working on an edit button feature, we still don’t know what an edited tweet will look like or if the feature will have any limits placed on it. While it’s also possible that even what we’re seeing now could still change, this initial preview is still encouraging.