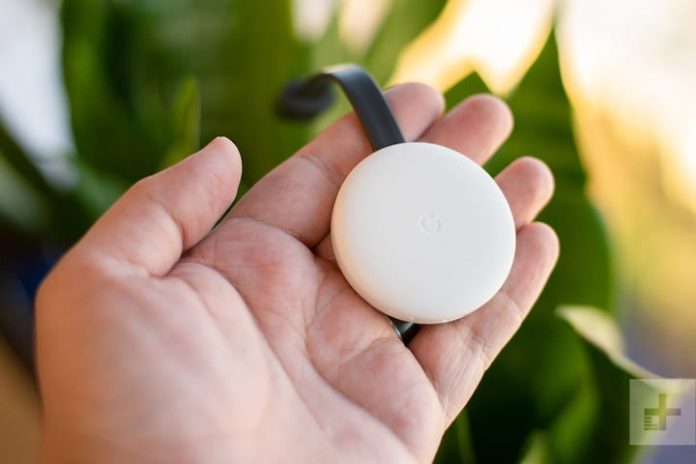 In 2013, Google debuted a small gadget called Chromecast. The device could wirelessly link people’s TVs and other devices like smartphones, tablets, and computers. The versatile dongle that you simply plugged into an HDMI port on your TV was far more affordable than other streaming media devices like Roku and Apple TV, but it had less robust streaming offerings. Chromecast added a new meaning to the word “casting,” virtually emulating the casting of a fisherman’s line by wirelessly casting an image from one screen onto another.

Today, Google’s Chromecast is on more than just a stick. It’s implemented on a wide variety of smart devices, from TVs to soundbars and smart speakers. As the technology gains popularity, it’s worth understanding what exactly Chromecast is, what it does, how to use it, and how it compares to similar wireless technologies. That’s what we’ll do here.

Is Chromecast hardware or software?

So is “Chromecast” a physical device, software on your smartphone, or something else? The short answer is, yes, it’s all of these things. But since that’s not very helpful, let’s break it down.

All Chromecast devices, which we’ll get to shortly, make use of a proprietary technology from Google that was initially called Google Cast but now goes by the label Chromecast built-in. This is where we get the term casting from.

Casting uses two different techniques depending on the content you want to watch or listen to. If the content you’re casting is coming from a streaming service, such as YouTube or Spotify, you’re actually sending an instruction from one device to another. When casting a YouTube video from your phone to a Google Chromecast attached to your TV, your phone is saying, “Hey Chromecast, here’s a YouTube video I want you to play.” The Chromecast device then dutifully responds by accessing YouTube directly over Wi-Fi so it can stream that video for you. It’s a little like the way a classic TV remote control doesn’t send NBC to your TV — it simply tells your TV to tune in to NBC (or whatever channel you’ve chosen).

The only limitation is that your chosen streaming app must support casting. Not all of them do, and some are picky about which devices are used to do the casting. Amazon Prime Video, for instance, will let you cast from an Android or iOS device, but not from a computer.

If you want to cast music stored on your computer or phone or mirror the entire contents of your phone’s screen or perhaps a tab in the Chrome browser, that content must be physically streamed from one device to another.

Isn’t that what Apple AirPlay does?

Pretty much. Chromecast and AirPlay work very similarly, but with a few key differences.

PCs, Android, and iOS devices can all cast content to compatible Chromecast devices, whereas AirPlay only works when sending content from a Mac or an iOS device.

As we noted above, the original Chromecast device made by Google was a small HDMI dongle that you plugged into your TV. Once connected to power and your Wi-Fi network, it let you transmit video content from your computer, smartphone, or tablet to your TV.

That device proved very popular thanks to its low price and simplicity of operation and was quickly followed by the Chromecast Audio (for transmitting just audio to a set of powered speakers or any device with an audio input). Google eventually introduced two more Chromecasts, including the 4K/HDR-capable Chromecast Ultra.

All of these devices share a common philosophy. They depend on a source device to “cast” content to them. They don’t have remote controls — everything from the choice of what is being cast to playback control is done from the source device. There’s no on-screen interface and no built-in apps or functions.

Not everyone is comfortable with this arrangement, which is why fully independent devices like Rokus and Apple TVs have remained popular. That’s why in 2020, Google released the Chromecast with Google TV, which we’ll discuss in a moment.

Google discontinued the Chromecast Audio and Chromecast Ultra. It currently sells two Chromecast devices: The $30 Chromecast (no remote) and the $50 Chromecast with Google TV (with remote).

You’ll find Chromecast built-in on a wide variety of devices, from soundbars to smart TVs. It’s a standard feature of TVs that use Google’s Android TV software and its latest iteration Google TV, and you’ll find it on Wi-Fi-connected speakers from brands like LG, JBL, Bang & Olufsen, Vizio, Denon, and many more.

Once configured according to the manufacturer’s instructions, you can cast audio and/or video (depending on the device) to these products in the same way that you would using Google’s Chromecast devices.

The $50 Chromecast with Google TV might sound like it’s a Chromecast device — after all, it’s called “Chromecast,” and it plugs into your TV’s HDMI input just like Google’s other Chromecasts — but it’s actually a fully-featured Android TV streaming device.

At its core, it’s identical to other Android TV streamers like the Nvidia Shield TV or TiVo Stream 4K in the sense that it uses Android TV software and comes with a dedicated remote control. The biggest difference is that Google has added a new, highly personalized interface called Google TV, which replaces the standard Android TV home screen — Google TV will eventually replace Android TV in most or all new devices going forward.

You can use Chromecast with Google TV as a stand-alone device thanks to its remote control, or you can cast to it from your other devices.

One of the advantages of owning a product with Chromecast built-in is that it can be managed from within the Google Home app on iOS and Android. Once added to Google Home, you’ll be able to control things like playback and volume for each device, assign them to different rooms, and, if they’re speakers, create speaker groups that will play the same casted audio simultaneously. You’ll also be able to use Google Assistant to control these devices with your voice and add them to smart home routines.

In your favorite mobile app, look for a rectangular icon with three concentric rings in the corner. On some apps, this can be found on the main screen, like the Android Netflix app seen above. On other apps, it may only be accessible from the playback screen.

Tap that icon, and you’ll be presented with a list of the cast-compatible devices on your network. Keep in mind, if you’re casting video content, the list will only show you video-capable devices like smart TVs or streaming media devices. When casting audio, you will likely see both audio- and video-capable Chromecast built-in devices.

Simply pick your desired device from the list to begin a casting session. Depending on whether you tapped the cast icon from a playback screen or not, your chosen content may begin playing on your selected device right away, or you may need to initiate playback from the casting device.