HomeNewsUniversal Control is a Result of Years of Work on iPadOS, Says...
News

Universal Control is a Result of Years of Work on iPadOS, Says Apple Product Manager 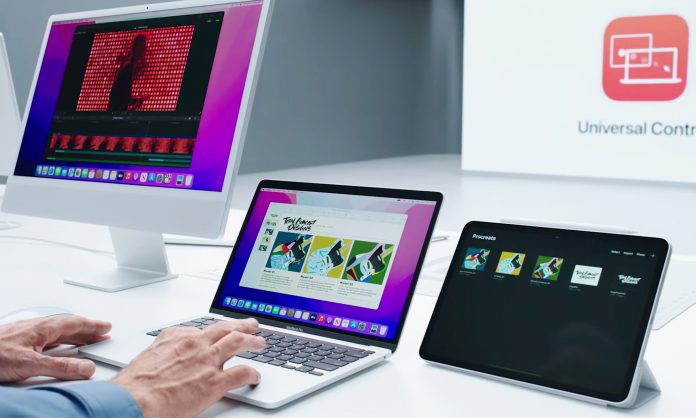 Universal Control results from years of working on the iPadOS platform, allowing for a feature such as ‌Universal Control‌ that bridges the gap between the iPad and the Mac to exist, an Apple product manager has said in a new interview this week.

Vivek Bhardwaj, an Apple product manager who works on iOS, iPadOS, and macOS, shed light on Apple’s thinking about ‌Universal Control‌ in an interview on the AppStories podcast. Bhardwaj said that Apple’s approach to ‌Universal Control‌ was to help create a more continuous experience between the ‌iPad‌ and Mac platforms, building on existing Continuity features such as Universal Clipboard and the ability to unlock a Mac with an Apple Watch.

For ‌Universal Control‌ to exist, Bhardwaj said that Apple had to first work on iPadOS as a platform itself. Bhardwaj references features such as the ability to drag and drop files, photos, text, and more across the system and support for using a trackpad on an ‌iPad‌.

To use ‌Universal Control‌, at least one Mac has to be in the workflow as it can’t be used solely between two or more iPads. Regarding whether ‌Universal Control‌ could ever work between just multiple iPads, Bhardwaj said that Apple designed ‌Universal Control‌ with both the ‌iPad‌ and Mac in mind, adding that a considerable amount of Mac users also own an ‌iPad‌, whereas many customers don’t own two iPads.

Facebook
Twitter
Pinterest
WhatsApp
Previous articleFlagship Apple Store in Toronto in Jeopardy Due to Legal Battle
Next articleDeals: Not Upgrading to the New iPad Air? Get the 4th Gen Tablet for Record Low of $469.99 ($129 Off)