HomeNewsRumored 15-Inch Mac Notebook Coming in 2023 Might Not Be Called 'MacBook...
News 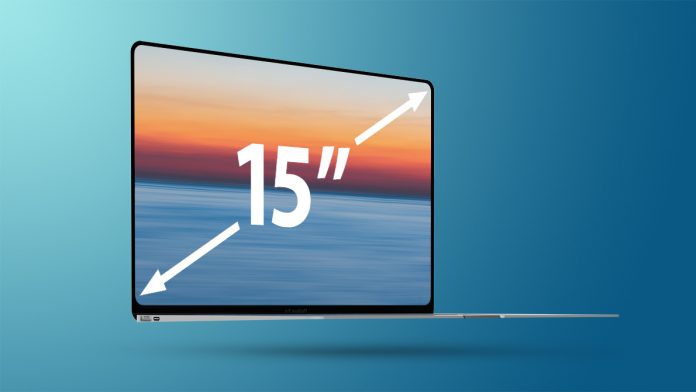 The rumored 15-inch Mac notebook that Apple is working on might not be called the “MacBook Air,” according to information shared today on Twitter by well-known Apple analyst Ming-Chi Kuo.

Recent rumors have indicated that Apple is working on a larger-screened version of the MacBook Air that could measure in at around 15 inches and that would be sold alongside the 13-inch ‌MacBook Air‌. The updated machine is expected to come out sometime in 2023, but if Kuo is accurate, it might not be in the ‌MacBook Air‌ family.

Kuo does not supply a possible naming alternative, but Apple has in the past used the “MacBook” name on a standalone basis for some of its Mac options. The last “MacBook” was the 12-inch MacBook that was discontinued in 2019.

Rumors yesterday from display analyst Ross Young suggested that the 15-inch machine would come out in 2023, and Kuo further narrows down the timeframe by suggesting that mass production will begin in the fourth quarter of 2023.Related Roundup: MacBook AirBuyer’s Guide: MacBook Air (Caution)Related Forum: MacBook Air
This article, “Rumored 15-Inch Mac Notebook Coming in 2023 Might Not Be Called ‘MacBook Air'” first appeared on MacRumors.com