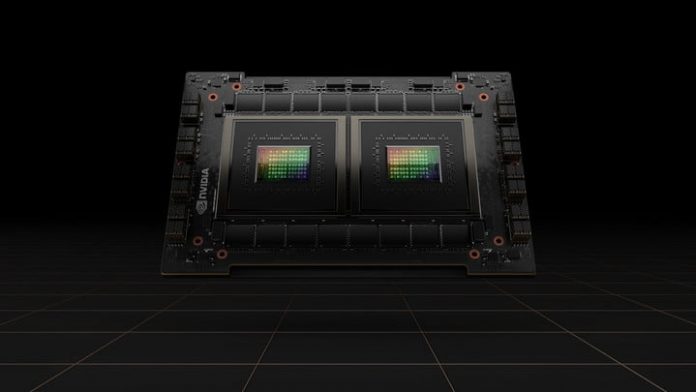 Nvidia CEO Jensen Huang kicked off the company’s Graphics Technology Conference (GTC) with a keynote speech full of announcements. The key reveals include Nvidia’s first-ever discrete CPU, named Grace, as well as its next-generation Hopper architecture, which will arrive later in 2022.

The Grace CPU Superchip is Nvidia’s first discrete CPU ever, but it won’t be at the heart of your next gaming PC. Nvidia announced the Grace CPU in 2021, but this Superchip, as Nvidia calls it, is something new. It puts together two Grace CPUs, similar to Apple’s M1 Ultra, connected through Nvidia’s NVLink technology.

Unlike the M1 Ultra, however, the Grace Superchip isn’t built for general performance. The 144-core GPU is built for A.I., data science, and applications with high memory requirements. The CPU still uses ARM cores, despite Nvidia’s abandoned $40 billion bid to purchase the company.

In addition to the Grace Superchip, Nvidia showed off its next generation Hopper architecture. This isn’t the architecture powering the RTX 4080, according to speculation. Instead, it’s built for Nvidia’s data center accelerators. Nvidia is debuting the architecture in the H100 GPU, which will replace Nvidia’s previous A100.

Customers will be able to access the GPU through Nvidia’s fourth-generation DGX servers, which combine eight H100 GPUs and 640GB of HBM3 memory. These machines, according to Nvidia, provide 32 petaFLOPs of A.I. performance, which is six times as much as last-gen’s A100.

If the DGX doesn’t offer enough power, Nvidia is also offering its DGX H100 SuperPod. This builds on Nvidia renting out its SuperPod accelerators last year, allowing those without the budget for massive data centers to harness the power of A.I. This machine combines 32 DGX H100 systems, delivering a massive 20TB of HBM3 memory and 1 exoFLOP of A.I. performance.

Nvidia is debuting the new architecture with its own EOS supercomputer, which includes 18 DGX H100 SuperPods for a total of 576 H100 GPUs. Enabling this system is Nvidia’s fourth generation of NVLink, which provides a high bandwidth interconnect between massive clusters of GPUs.

This next-gen architecture provides “game-changing performance benefits,” according to Nvidia. Although exciting for the world of A.I. and high-performance computing, we’re still eagerly awaiting announcements around Nvidia’s next-gen RTX 4080, which is rumored to launch later this year.

Facebook
Twitter
Pinterest
WhatsApp
Previous articleSamsung Galaxy A53 5G vs. Google Pixel 5a
Next articleiPhone SE is just as tough as its much more expensive siblings
- Advertisment -