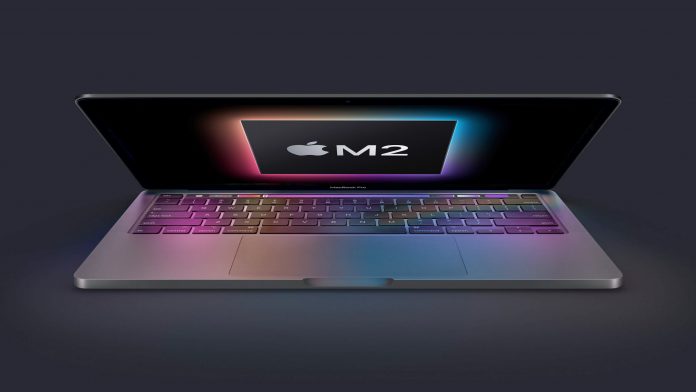 Last-minute rumors leading up to Apple’s “Peek Performance” event have cast doubt on long-running expectations that Apple will reveal a new or updated MacBook model with an M2 chip on Tuesday.

Last month, Bloomberg’s Mark Gurman reported that Apple was preparing to launch at least one new Mac at its March 8 event, and at the time Gurman speculated that it would likely be a high-end Mac mini and/or a refreshed low-end 13-inch MacBook Pro.

That was before we heard of the “Mac Studio” rumors, which appeared only over the last few days. 9to5Mac on Friday reported that Apple is working on a “Mac Studio” device that seems to be a cross between a Mac Pro and a Mac mini.

Fast forward to Monday, and YouTuber Luke Miani shared renders of a new Mac allegedly called the “Mac Studio,” which he said will be introduced on March 8. Gurman has also since confirmed that a “Mac Studio” machine that is a “smaller ‌Mac Pro‌/more powerful ‌Mac mini‌” is “ready to go” and could launch at the spring event.

With a redesigned MacBook Air not expected until later in the year, that leaves a refreshed 13-inch MacBook Pro with a new M2 chip as the other obvious potential reveal during Apple’s event. However, Miani has said he doesn’t expect any Mac notebooks to be introduced at all at Tuesday’s event, and Gurman has also since poured cold water on the likelihood that an M2-powered Mac will be announced alongside an M1-series “Mac Studio,” suggesting it would be an “odd” thing for Apple to do.

Another note: I think it will be odd for the M2 to be announced alongside an M1-series Mac mini/Mac Studio/Small Mac Pro — so maybe we should look for that as part of the May-June cycle. On the other hand, Apple is testing M2 Macs (8 CPU/10 GPU cores) against App Store apps now.

While hints of the M2 Apple silicon chip have been spotted by a developer in the latest macOS Monterey 12.3 beta, confirming that it features an 8-core CPU and upgraded 10-core GPU, that doesn’t necessarily mean that an M2-powered MacBook is coming in the spring. As such, it may be wise to temper expectations that a new Mac notebook is about to be announced by Apple in the coming hours.

As for other products that could appear at the event, Apple is expected to announce a new iPhone 13 color, the next-generation version of the iPhone SE, and a revamped iPad Air. Apple is also said to be unveiling a new standalone display, which could be called “Studio Display.”

There could also be some news on Apple’s services, as well as dates for the public release of iOS and iPadOS 15.4, alongside macOS Monterey 12.3, which enables Universal Control.

The event tagline, “Peek performance,” has also prompted suggestions that Apple may offer a peek at a future product, but that remains purely speculative.

MacRumors will have in-depth coverage of Apple’s event, which kicks off at 10:00 a.m. Pacific Time, including a live blog on our website and tweets via @MacRumorsLive on Twitter. For a full rundown of everything we expect to see, be sure to check out our guide.Tag: March 2022 Apple Event
This article, “New M2-Powered MacBooks Could Be Conspicuously Absent At Today’s Apple Event” first appeared on MacRumors.com

Mint Mobile vs. Ultra Mobile: Which is better for you?