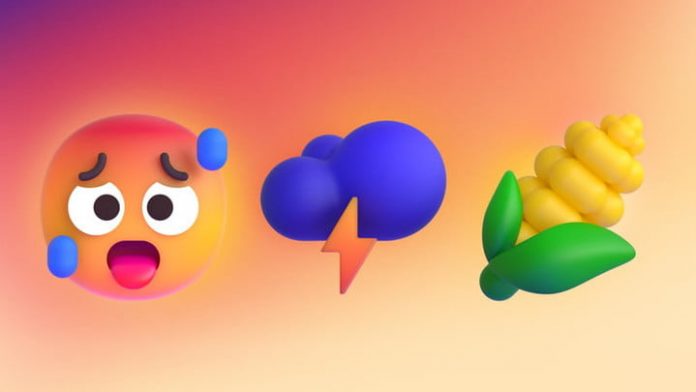 Microsoft Teams is now in use by over 270 million people for hybrid work, and five years after it launched, the collaboration app has only increased in popularity, as detailed in some of the trends in Microsoft’s 2022 Work Trend Index report.

So to help support making your hybrid work experience actually work, Microsoft Teams, and several other Microsoft 365 services are being updated with a bunch of new features. The biggest include new 3D emoji in Teams, A.I.-guided speaker coach features, and even language interpretation in meetings.

Now available in public preview, Microsoft is hoping the new 3D emoji can add some personality to your conversations in Teams. With the Work Index Report finding that only half of the surveyed remote workers have a thriving relationship with their direct team, and with Microsoft finding a 32% increase in chats sent per person since March 2020, these emoji are a chance to rebuild social capital and help you connect with colleagues.

As originally teased for Windows, the new emoji look super playful and vibrant. There’s even a skin tone selector, so you can pick one that better represents who you are.

Other than the emoji, Microsoft is also adding a new Speaker Coach, and language interpretation features to Teams for the second quarter of 2022. Seeing as though Microsoft’s data finds a 252% increase in weekly time spent in meetings for the average Teams user since February 2020, these features are all about making your meetings easier.

Speaker coach uses A.I. to privately share guidance on your pace during a meeting and reminds you to check in with your audience. Language interpretation, meanwhile, allows live interpreters to convert what the speaker in a meeting says into another language in near real time.

With Language interpretation, the meeting organizer will be able to assign interpreters from their participant list and select up to 16 source and target language combinations. Attendees will hear the translation with the original audio playing at a lower volume in the background. Microsoft hopes these new features can bring a “thoughtful new approach” to hybrid work so that every employee can “enhance and contribute to meetings” and work no matter where they are or how they’re working.

Coming in the second quarter of 2022, the combined features will let you do both at once, and both create and produce presentations. These features can also help reduce meeting overload, as your colleagues will be able to watch recorded slideshows and meetings on their own time.

In the second half of 2022, Whiteboard is getting 50 new templates, contextual reactions, and the ability to open existing boards and collaborate with external colleagues in Teams Meetings. As previously announced, Outlook RSVP is even getting tweaks so you can indicate if you’re RSVPing to an in-person or virtual meeting. Finally, with Loop Components in Outlook Mail, you can brainstorm, complete action items, and get the latest status from your team without having to switch context or apps.

Microsoft is also announcing the inspiration library in Microsoft Viva. This should help Microsoft’s customers turn insights into action with access to thought leadership and best practices from Harvard Business Review, Thrive, and Microsoft.

You can learn more about these features and dive deeper into the five core areas of Microsoft’s s 2022 Work Trend Index report over on the company’s dedicated portal. The 2022 Work Trend Index outlines findings from a study of 31,000 people in 31 countries, along with an analysis of trillions of productivity signals in Microsoft 365 and labor trends on LinkedIn.

Facebook
Twitter
Pinterest
WhatsApp
Previous articleOversubscribed to apps, services? How to tell and fix it
Next articleMeetings in the metaverse? 52% of employees are open to it