HomeNewsLG's UltraFine 5K Display Will Be Returning as Alternative to Apple's Studio...
News 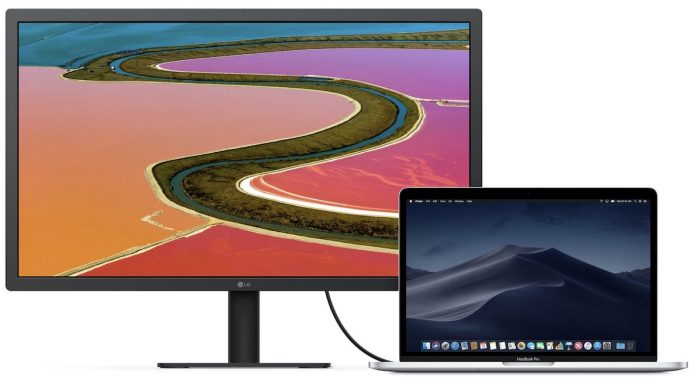 LG’s 27-inch UltraFine 5K external display has not been discontinued and will be back in stock next month, LG has told The Wall Street Journal.

Following speculation that the LG UltraFine 5K display may have been discontinued when it went out of stock at most major retailers, LG told The Wall Street Journal that the UltraFine 5K is still in production and has not been discontinued. The display is simply out of stock at the current time due to component shortages and high demand. LG expects the UltraFine 5K to come back in stock on its website as soon as next month, with availability at other retailers presumably set to improve around the same time.

Apple worked with LG to develop the UltraFine 5K display, which contains almost the exact same panel as a 27-inch 5K iMac, featuring Thunderbolt connectivity, close integration with macOS, and the ideal 5120 by 2880 resolution for Retina scaling on a Mac, making it the go-to option for many Mac users in recent years.

The Studio Display adds a slim aluminum design, an extra 100 nits of brightness, and Center Stage functionality, but does not come with a height-adjustable stand as standard. Apple continues to sell the UltraFine 5K’s smaller sibling, 23.7-inch UltraFine 4K display, for $699.

Reviews of the Studio Display were released earlier today with a largely negative response, but Apple is rumored to be planning to launch a more high-end 27-inch “Studio Display Pro” with mini-LED technology later this year.Tag: LG
This article, “LG’s UltraFine 5K Display Will Be Returning as Alternative to Apple’s Studio Display” first appeared on MacRumors.com