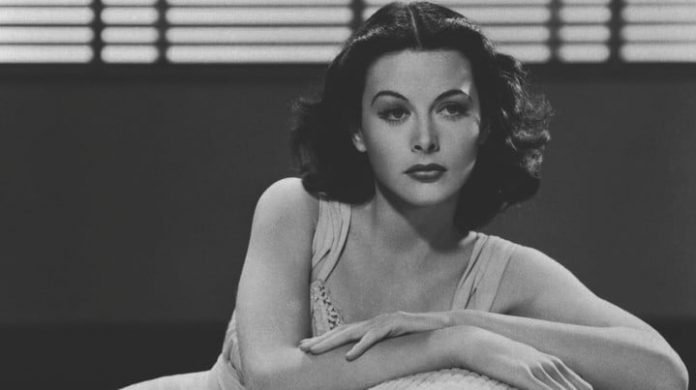 If you’ve ever used Bluetooth, Wi-Fi, or gotten driving directions from Google Maps, take a moment to say thanks to Hedy Lamarr.

The Austrian-American actress, who was once called the “most beautiful woman in the world,” was born in Austria in 1914, and made her way to Hollywood in 1937, where she starred in highly acclaimed films such as Algiers (1938), The Strange Woman (1946) and Samson and Delilah (1949).

Beyond being an actress, though, Lamarr was a pioneering inventor. She was disinterested in partying and socializing with Hollywood’s gentry, so she spent her nights tinkering, building, and experimenting in her workshop. Her inventions ranged from a tablet that could dissolve in water and transform it into a soda drink, to a new and improved design for traffic lights.

By far her most consequential invention, though, was sparked by her desire to help America win a terrible war. Lamarr was of Jewish descent, and she was horrified by the news that was coming home from World War II. She desperately wanted to help the Allied Forces defeat the Nazis, so she directed her creative energy on things that might give the Allies the upper hand.

One of the Allied Forces’ biggest problems was that their technology for guiding torpedoes was easily thwarted by the Nazis. At the time, German U-boats could evade Allied torpedoes by simply jamming the single radio frequency they used for guidance. So, to remedy this issue, Lamarr devised an ingenious solution: frequency hopping.

“She understood that the problem with radio signals was that they could be jammed. But if you could make the signal hop around more or less randomly from radio frequency to radio frequency, then the person at the other end trying to jam the signal won’t know where it is,” historian Richard Rhodes told NPR in 2011. “If they try to jam one particular frequency, it might hit that frequency on one of its hops, but it would only be there for a fraction of a second.”

The tricky part, of course, was that those shifting frequencies had to take place in perfect time synchronization with the radio transmitter guiding the torpedo, otherwise it would fail and the torpedo would go off track shortly after it was fired.

Lamarr managed to overcome this challenge with the help of composer and inventor George Antheil. With Lamarr’s technical prowess and Antheil’s mechanical skills, they built a contraption that worked much like a mechanical player-piano roll to keep a torpedo and the transmitter on the ship synchronized as they simultaneously jumped from one frequency to another. The duo was granted a patent for their invention in 1942.

Lamarr’s invention was never utilized by the U.S. Navy during World War II, but it was used for radio transmissions during the Cuban Missile Crisis. More importantly, though, frequency hopping laid the foundations for a broad range of radio communications technologies that we use today.

Today, frequency hopping is used for the Bluetooth technology that we find in countless devices, and was also used in early forms of Wi-Fi, and it laid the foundation for the GPS you use on your smartphone on a regular basis. The world wouldn’t be quite the same without Lamarr’s inventive mind.

Unfortunately, many don’t know about Lamarr’s contributions to modern technology and her efforts to help the Allied Forces win World War II because she’s primarily known as an actress. She didn’t get the recognition she deserved for these accomplishments in her time, and she’s still not given a lot of recognition for this work today.