Got an older Mac? Apple’s Studio Display has some good news 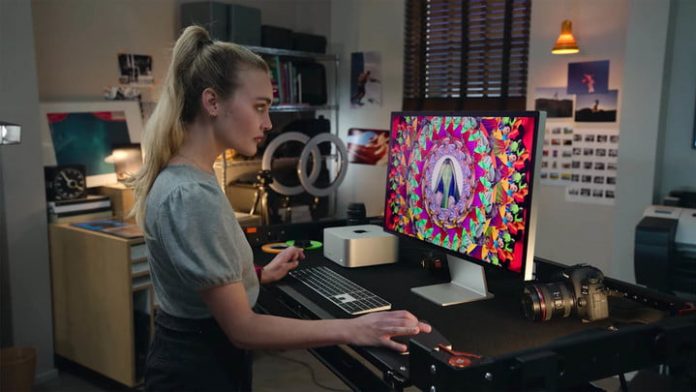 Apple’s Studio Display monitor has received mixed reviews since its release, with frustration directed towards its missing HDR support and lackluster webcam performance. However, a spot of good news has just been revealed, particularly for users of older Macs.

That’s because the Studio Display enables Hey Siri, even on Macs that themselves cannot run this Apple feature, provided they are connected to the monitor. Hey Siri lets you speak directly to Siri (rather than typing in your query on your keyboard), which gives you a quick and hands-free way to check your schedule or dictate an email message.

How can a monitor enable this feature on unsupported Macs? It’s all to do with the Studio Display’s embedded A13 Bionic chip. This provides the functionality for some pretty neat features, including Center Stage and Spatial Audio.

Because the Studio Display has a built-in chip, it can handle Hey Siri as well, rather than offloading this work to your Mac. That means it works even when, ordinarily, it should not. And that’s great news for Mac users who would normally be left behind.

Before you start thinking you’ll be able to get Hey Siri on an iMac G3 from 1998, it won’t work on particularly ancient Macs because the Studio Display itself is incompatible with many of these devices. Take a look at the Studio Display’s specs page and you’ll notice there’s a compatibility list:

So, while the Studio Display can bring Hey Siri to the 2016 MacBook Pro (which by itself cannot run Hey Siri), it won’t work with older Apple laptops.

Still, if you’re planning on pairing a Studio Display with an Apple device from the list above, you might get a nice Siri-related bonus thrown into the mix.