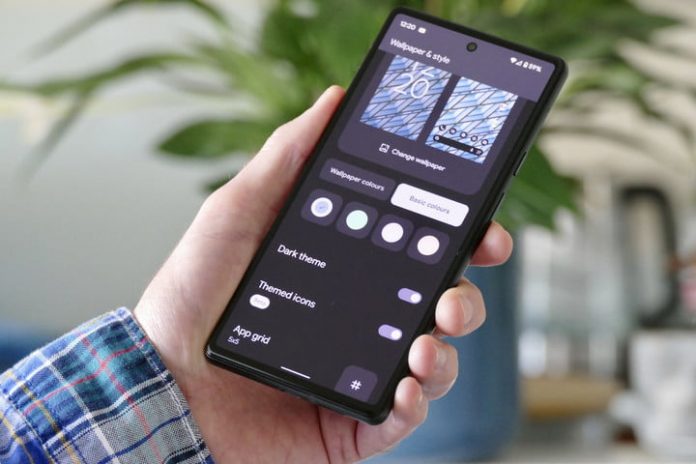 The Pixel 6 is the nicest phone Google has ever released — and I’ve used quite a few of them, from the Pixel 3 XL to the Pixel 3a XL to the Pixel 4a, 5, 5a 5G, and now 6. It’s a very good phone with many things to like, including a standout design. No phone is perfect though, and the Pixel 6 has a pretty glaring flaw for me, personally.

After using it since December, I’ve had a few thoughts about what Google’s current flagship does well in the long term, and what it does wrong. Our original Pixel 6 review captures the full breadth of the Pixel 6 (and 6 Pro’s) capabilities, so feel free to go there for a more holistic overview.

A unique look inside and out

The Pixel 6 has one thing that sets it apart from other Android phones — its design. It is unmistakable from the rear as it avoids the square camera bump trend and recalls the visor used in the Nexus 6P days. Dimension-wise, it is slender in the hand, and it doesn’t feel heavy or insubstantial — just right. Granted, you’ll slap this in a case as I did and not think too much about it going forward, but Google did a good job with the look. The same applies to the software.

While some customization was stripped away in the transition to Android 12, what remains is still serviceable and playful (with improvements coming down the line in Android 13). Google’s delightful new widgets make the home screen, lock screen, and notification center pleasant to view. The beautifully designed apps continue that illusion. While third-party apps from the likes of Facebook and Spotify are unlikely to buy wholesale into Google’s color-agnostic interface, progress is being made little by little in niche third-party apps.

When using iOS side by side, Google’s smart and organized handling of notifications and integration with my Pixelbook Go and Google Nest Mini (a niche setup, to be sure) stands.

The camera is just as good as you’ve heard

It’s a Pixel camera, so it is just as good as you’ve heard. It’s convenient to pull out and capture the moment, and (upcoming criticisms aside) is one place where Google’s chip truly shines. The only place it stumbles is the lack of a telephoto lens, but SuperResZoom holds up fairly decently.

When it comes to talking about cameras, images do speak louder than words. These images are from the first day of spring and captured around London with the wide and ultrawide cameras. I’m no photographer, but the experience was an enjoyable one.

The battery has been such a letdown

Google’s Pixel 6 battery life is either just OK, or very disappointing. When it’s underwhelming, it ranges from frustrating to risky.

The Pixel 6’s battery life is one reason I almost considered going back on an iPhone permanently. I’m a very social person with long days or nights on weekends. During those trips, my Pixel 6 has died on me more than once. Just this Sunday, I’d taken the phone off the charger at 3 p.m. and been down to 30% at 8 p.m. just before reaching home. Much of the time, the phone was in my pocket. I’ve had the phone be at 7% and then heat up and die in my hands, forcing me to walk home since I was using it as my travel card. I’ve also, on a separate occasion, had to beg to be let out of a tube station before returning to tap out manually because the Pixel 6 died in the middle of a train ride that lasted under 40 minutes while playing music in my pocket with the display off. It started at 10%.

This is twice as frustrating when you consider that Apple has nailed the battery problem with the iPhone 13 and 13 Pro  both of which have considerably smaller batteries than the Pixel 6 and Google already nailed battery life with the Pixel 5a.

Most of the time, the Pixel 6 has decent but not great battery life. But it’s had far too many drop-dead moments for my liking.

Tensor needs a little more time in the oven

The new Google Tensor Chip is one of the selling points of the Pixel 6. Google is finally competing with Apple by making a device that it controls from head to toe. In theory, the chip would allow Google to catch up with Apple and bring practical changes including long battery life, performance headroom, extended update schedules, and so on. None of that is here. In practice, Google has focused on what could uncharitably be described as trivialities insofar as they affect day-to-day usage.

I’m not one to make phone calls of my own free will so I haven’t noticed the dropped calls that some have reported, but I have noticed times where my 5G service has been terrible. Could that be because of the Exynos modem used in the Tensor chip? That goes for the Pixel’s dubious battery performance as well, with Samsung’s Exynos chips notorious for both poor signal and battery performance. Already, Tensor appears to be the blame for the Pixel 6’s delayed updates, and Google has yet to commit to meaningfully longer time scales to the point where a Samsung Galaxy A53  is promised to get more updates than the Pixel 6.

I don’t hate the processor just yet, but I think Google needs to focus its priorities when working on the sequel.

A good pick, just stay close to a charger

There’s a lot to like about the Pixel 6, despite those critical comments. The big and beautiful screen still remains one of the best you’ll use. It’s better than the one on the 60Hz iPhone 13, and it’ll cost less as well. The camera, despite lacking a telephoto lens, is still pretty good. Google is slow with updates, but it is still faster than every other Android phone maker out there. Sure, Samsung is an outlier, but keeping track of which Samsung’s phones have been updated where has taught me that Google is leaps and bounds ahead.

The battery and relatively slow charging are really the only sticking points, and if Google were to fix that with the Pixel 7 (while nailing the software out of the gate), it would have one of the best value smartphones on the market. The Pixel 6 is still pretty good, but a metaphorical thousand cuts means that it falls just short of excellent.