Flagship Apple Store in Toronto in Jeopardy Due to Legal Battle 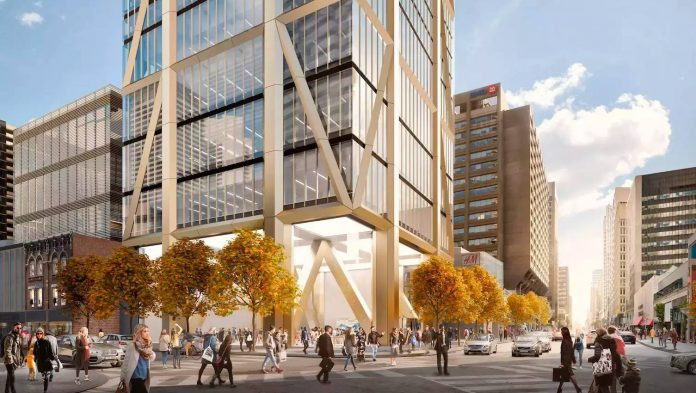 Over a decade has passed since rumors first surfaced about Apple’s interest in opening a flagship retail store at one of Canada’s busiest intersections, but the plans might be abandoned due to a legal battle between Apple and a real estate developer.

The Globe and Mail this week reported that Apple has sued Mizrahi Developments to terminate its lease at the developer’s long-planned condominium tower at the southwest corner of Yonge Street and Bloor Street in Toronto. Apple was widely rumored to be planning a large street-facing store at the ground level of the 85-story skyscraper, called “The One,” which is set to become Canada’s tallest building when construction is completed.

“Apple regrets that Mizrahi’s failures have resulted in Apple having to take the step of ending its relationship with Mizrahi,” said Apple in a January 28 filing with Ontario’s Superior Court of Justice, according to the report. Apple added that it had been “looking forward to opening this new store for its customers,” the report said.

Specifically, Apple accused Mizrahi Developments of missing crucial deadlines, allowing it to exercise its option to terminate its lease agreement with the developer, according to the report. Mizrahi Developments attributed the delays to issues such as a plumber strike and the COVID-19 pandemic, but Apple disagreed with these claims.

The original lease agreement between Apple and Mizrahi Developments is dated March 23, 2016, and the deadline for Apple to take occupancy was amended twice from November 30, 2019 to October 31, 2021, according to the court filings.

All four of Apple’s existing retail stores in Toronto are located in shopping malls, including the Eaton Centre, Sherway Gardens, Yorkdale, and Fairview Mall.

(Thanks, Bob Allan!)Tag: Apple Store
This article, “Flagship Apple Store in Toronto in Jeopardy Due to Legal Battle” first appeared on MacRumors.com

Facebook
Twitter
Pinterest
WhatsApp
Previous articleHow to use Amazon Web Services effectively in your business
Next articleUniversal Control is a Result of Years of Work on iPadOS, Says Apple Product Manager
- Advertisment -