HomeNewsApple spring event: Everything that won’t get announced
News

Apple spring event: Everything that won’t get announced 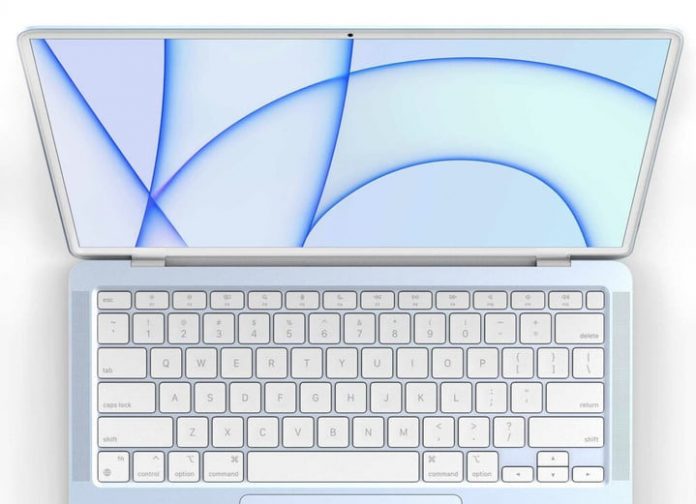 Apple has a new event scheduled for March 8, marketed with the words “Peek Performance,” and spurring on speculation about what will be announced.

We don’t know for sure what will get announced until the big day, but rumors point to an iPhone SE, iPad Air, and some new Macs. We can’t guarantee that the following products won’t make an appearance next week, but chances are, you’ll need to wait a bit longer for these.

The M1-powered MacBook Air with its $999 starting price and up to 18 hours of battery life still hits the sweet spot for a lot of Apple fans and loyalists of this wedge-shaped form factor. That gives Apple little incentive to change things up this early in the game. The venerable MacBook Air was given a major overhaul with its brain transplant from Intel silicon to custom M1 chipset in November 2020, and we feel that there’s still plenty of life left from this current design and form factor.

In the months prior, we’ve seen plenty of rumors suggesting that Apple could ambitiously offer a more refined design, eliminating the tapered look for a uniform MacBook Pro-like form factor for 2022. The new MacBook Air is widely believed to be both thinner and lighter than the current model, though it’s unclear what impact this extreme makeover will have on the device’s coveted battery life. An upgraded M2 processor was also rumored alongside the potential for bold, vibrant colors that mimic Apple’s design for the recent iMac. Still, the year is young, and a redesigned Air could still debut later in 2022.

Apple’s Pro upgrade has so far only touched the newly redesigned MacBook Pro, which comes with incredible battery life and ARM-based graphics powerful enough to make the rest of the industry sweat. However, the company has not announced any Pro-level desktops, leaving the Mac Pro and iMac Pro without an M1-powered successor. This means that Apple’s Pro-grade desktops are still using Intel processors, and Mac loyalists would love for Apple to complete the transition to ARM silicon by migrating these powerful workstations to custom M1 or M2 chipsets.

In the months since Apple’s announcement of the M1 processor in 2020, we’ve read rumors about two additions to the Mac Pro lineup. First, a successor to the current model, which is the more obvious entry. The second is a new Mac Pro that could come in a radically smaller form factor than the current Intel-based cheese grater-styled tower. The workstation could come with an M-series CPU with 20 or 40 computing cores and up to 64 or even 128 graphics cores, making it a powerful solution for creative professionals.

This smaller Mac Pro was recently leaked to be called the Mac Studio, and could even be paired with a new Apple Studio external display. Of the two Mac Pros, this Mac Studio is the more likely to get announced at this year’s Spring event, though we’ll have to wait and see.

In addition to the Mac Pro, Apple’s pro-grade iMac is also rumored to get a refresh, delivering a larger display than what’s currently available on the M1-powered 24-inch iMac model, stronger CPU and GPU performance, a better display to match the mini-LED ProMotion panel on the 24-inch all-in-one, and more muted colors to appeal to creatives and working professionals.

To date, Apple also offers a 27-inch iMac model in its current lineup, but the desktop uses a design that’s nearly 10 years old and is still based on Intel chipsets. It’s also unlikely that Apple will refresh the 27-inch iMac at its event on March 8, but look for it coming later this year.

Apple is supposedly working on two distinct devices in the world of mixed-reality. The first is a virtual reality headset, and this is the device that is rumored to launch first. The announcement is rumored to be due later this year, followed by a launch in 2023.

The second is a pair of AR glasses, loving dubbed Apple Glasses by fans. According to most reports, this product is even further out on the timeline, perhaps as late as 2025.

Not much information about either of these products is known, but it’s pretty clear that neither will get announced on Tuesday, despite speculation that “peek” performance could be a reference to virtual reality.

Having debuted in October 2019, the AirPods Pro is ripe for an update, but we likely won’t see the successor to the pro-grade earbuds on March 8. The hype over Apple’s Gen 2 version of the Pro earbuds includes active noise cancellation with less ear pressure, making it an even more comfortable experience for longer sessions of calls, music listening, and content consumption. Apple could debut its own lossless audio format over Bluetooth for improved audio fidelity and even a new design.

Reported leaks of AirPods Pro 2 revealed one design that comes with the traditional form factor, complete with stems that have been a hallmark of Apple’s wireless earbuds, and a new design without stems, making the Pro 2 look more like competing wireless earbuds from Samsung and Bose.

The last update that happened to the AirPods Pro occurred in late 2021 when Apple announced a slightly tweaked charging case that works with MagSafe wireless charging.

Apple’s mobile refresh typically happens in the fall, and given that it’s been only about six months since the Apple Watch Series 7 and the iPhone 13 debuted, it will be another six months, approximately, until the next versions of these products launch. When the iPhone 14 and the Apple Watch Series 8 debut, we’ll have you covered here at Digital Trends with all the news.

However, if you’re salivating at the prospect of upgrading your Apple smartphone or smartwatch, there are recent reports that the iPhone 14 could ditch the iconic notch design that has been a mainstay since the iPhone X. Instead, leaked renders suggest Apple will utilize punch holes to house the front-facing FaceTime camera and its Face ID system. This should be like similar designs on high-end Android phones, like Samsung’s latest Galaxy S22 series. However, instead of a single punch hole cutout, it’s widely anticipated that Apple will use two — one pill-shaped one for Face ID sensors and a smaller circular one next to it for that selfie camera.

The Apple Watch Series 8 is expected to come with an even faster processor, and Apple is rumored to be working on additional sensors to help you quantify your health. These new sensors could potentially include a temperature sensor, and the Apple Watch-maker is also expected to introduce new features to help detect sleep apnea and car crashes, though none of this has been confirmed.