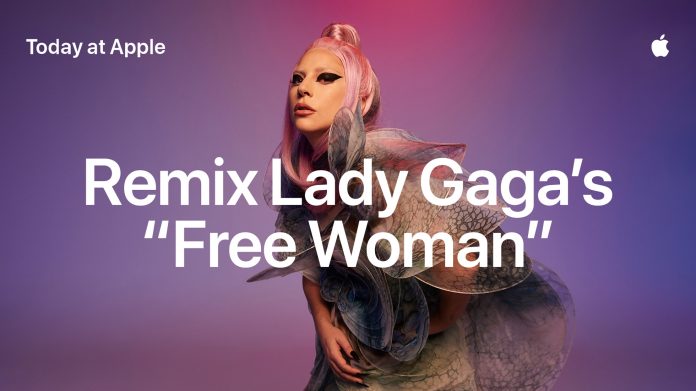 Apple today announced that it is resuming in-person “Today at Apple” sessions at Apple Stores across the United States.

Starting on March 7, Apple will resume the in-person sessions in time to celebrate Women’s History Month. Apple invites music fans and creators of all skill levels to their local Apple Store to explore remixing music in GarageBand, using music by Lady Gaga.

During the free 30-minute session, participants will experiment with Live Loops, Remix FX, and more, to create a unique version of Lady Gaga’s song “Free Woman.” Participants can register now at apple.co/remix-lady-gaga.

Due to the global health crisis, Apple suspended in-person Today at Apple sessions and began offering a version of them on YouTube, going on to upload videos on drawing yourself as a “Peanuts” character in the Pages app using an ‌iPad‌ and ‌Apple Pencil‌, shooting and editing “otherworldly” photos with Night Mode, creating looped videos in the Clips app, shooting portrait photos, and taking expressive pet portraits.