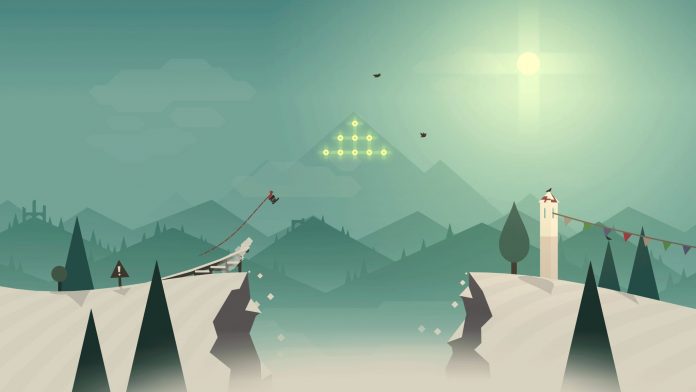 Endless snowboarding game “Alto’s Adventure” is set to expand to Apple Arcade this month, with Apple launching “Alto’s Adventure: The Spirit of the Mountain.” The ‌Apple Arcade‌ exclusive title is a remastered version of the original “Alto’s Adventure,” but with an all-new exclusive character that features unique attributes and special abilities, plus more than 15 new goals to complete.

The game will feature original music and handcrafted audio to provide an immersive experience, and it will be popular with those who were fans of the first “Alto’s Adventure” game that came out seven years ago. ‌Apple Arcade‌ will get the title on Friday, March 25.

‌Apple Arcade‌ is gaining new App Store Greats this month, and for those unfamiliar, ‌App Store‌ Greats are classic titles that have been reintroduced on the ‌Apple Arcade‌ platform. “Shadow Blade+” from Crescent Moon Games will come out on March 4, and it is an action-platformer where players take on the role of a ninja named Kuro, racing through different stages filled with traps and enemies.

Popular puzzle game “Monument Valley 2” is also coming to ‌Apple Arcade‌ in March, and players will once again be able to take on the role of Ro, teaching a child about the mysteries of the valley, exploring the environment, and manipulating architecture to progress. The ‌Apple Arcade‌ version of the game includes a new chapter called “The Lost Forest,” designed to raise awareness for the conservation of trees.

‌Apple Arcade‌ can be accessed from the ‌App Store‌ app, and the service is priced at $4.99 per month for the whole family.Tag: Apple Arcade
This article, “Apple Arcade Gaining ‘Alto’s Adventure: The Spirit of the Mountain’ Game” first appeared on MacRumors.com