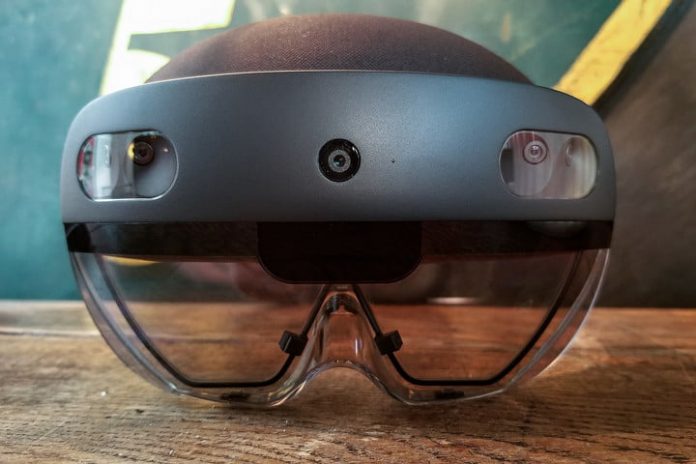 As rival Apple is rumored to be eyeing an entrance into the metaverse, Microsoft, an early proponent of mixed and augmented reality applications, is criticized for its blurry vision behind the company’s own HoloLens strategy. While HoloLens notched big early wins, including scoring a U.S. Department of Defense contract, subsequent delays, project cancellations, and high-profile executive departures may have resulted in the death of the HoloLens 3. Still, despite a scathing profile by Business Insider, it appears that Microsoft remains, at least publicly, committed to its HoloLens endeavors for now.

There are a number of factors that may be causing Microsoft to pivot from its early bet on HoloLens, but the Microsoft profile cited internal divisions and the lack of a unified strategy among the top reasons for concern. As a result of the chaos, it appears that the largest collateral damage to Microsoft’s infighting is the cancellation of its next-generation HoloLens 3 hardware.

Though executives remain bullish about HoloLens and Microsoft’s metaverse strategy, Microsoft insiders said that the company has scrapped a forthcoming HoloLens 3 headset. This could potentially suggest that Microsoft is winding down its own branded headset strategy, and there is speculation that the company has agreed to partner with Samsung to create future iterations of a mixed reality headset, the profile states. Microsoft, however, is still uncertain about becoming just a software provider despite bringing on a partner that is creating some internal clashes.

At the crux of Microsoft’s struggles with HoloLens is whether the company should forge ahead with its own hardware ambitions, or if it should instead create software to power the metaverse that can run across different brands and models of headsets. The latter software-based vision would be similar to Microsoft’s current strategy with the Windows operating system. Executives inside Microsoft are split on which fork in the road the company should take, and that uncertainty, according to Business Insider, is lowering morale and driving some high profile exits.

Microsoft’s struggles and the rumored death of HoloLens 3 come on the heels of the company’s acquisition of gaming studio Activision Blizzard. The company talked up its purchase of the gaming publisher by noting that it will acquire talent to help build out the metaverse world.

Microsoft’s LinkedIn networking platform revealed that at least 25 employees of the mixed reality division have left the company to join rival Meta, which owns Facebook. The Wall Street Journal stated that more than 100 employees have defected from Microsoft’s mixed reality business within the past year alone, with many of those departures landing new jobs at Meta.

As Microsoft tightens its budget around its long-term investment into the metaverse, the company may be changing strategies. Unlike Google Glass, an early augmented reality pioneer that flopped, Microsoft had positioned HoloLens as an enterprise tool rather than a consumer product. Those who favor Microsoft’s focus on software instead of hardware, including Microsoft CEO Satya Nadella, want the company to transition to building the metaverse for consumers, rather than businesses and the military.

Microsoft early fumbles with the new augmented reality computing platform and overall uncertainty with the metaverse could also be challenges for Apple, which is widely believed to be working on its own augmented reality headset. Microsoft had actually poached Ruben Caballero, Apple’s former vice president of engineering, in 2020 to give it an edge, but it seems that Microsoft’s first-to-market plans may not be paying off. Even Facebook parent Meta remains ambivalent about the metaverse in the near term despite a company reorganization that resulted in a new name that shows an increase focus on the metaverse.