HomeNewsShould you upgrade to the Galaxy S22 Plus from the S20 Plus?
News

Should you upgrade to the Galaxy S22 Plus from the S20 Plus? 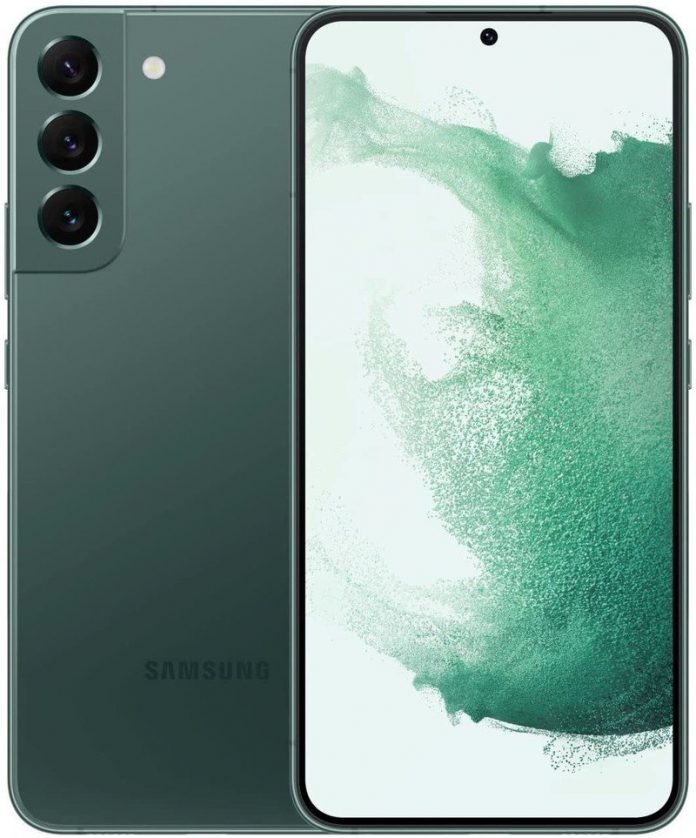 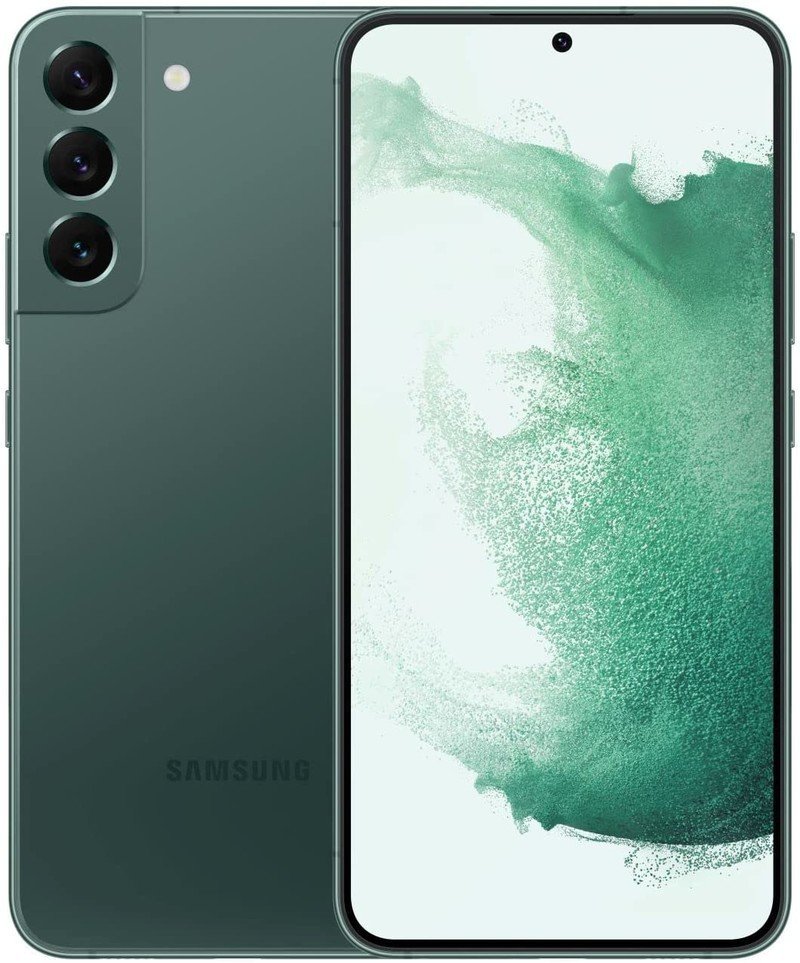 As one of the latest smartphones in the Samsung Galaxy line, the S22+ has tons of features, looks gorgeous, supports fast charging, and has a wonderful camera system. There’s little more you could ask for in a premium phone. 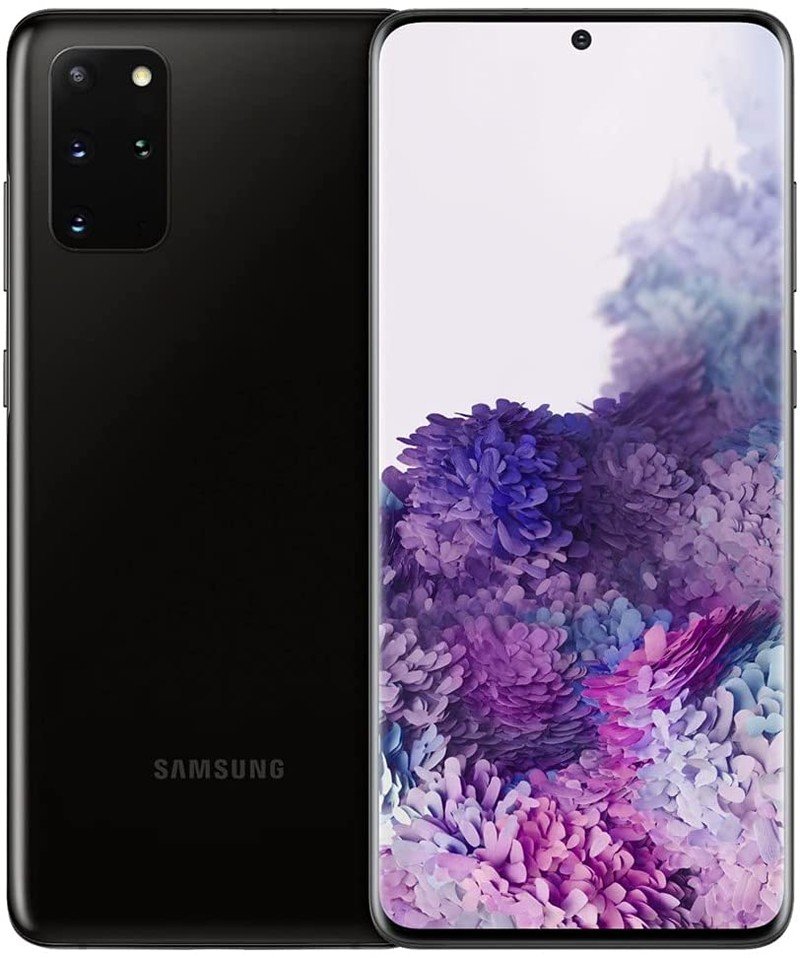 It might be a few years old now, but the Samsung Galaxy S20+ is still a solid option worth hanging onto. It even bests the S22+ in some departments, offers a snappy processor, takes great photos, and has expandable memory.

Samsung’s latest trio of devices includes the Galaxy S22+, the mid-tier Goldilocks model that fits nicely between the S22 and the S22 Ultra. But the Galaxy S20+, which was introduced back in 2020, still remains a solid option in the premium smartphone space. Like the new S22+, it was the mid-tier option during its launch, featuring a sizeable screen and a fabulous camera system. In fact, when looking at the Galaxy S22+ vs. S20+, you might wonder if it’s worth the upgrade.

Samsung Galaxy S22 Plus vs. S20 Plus: Comparing the two

It’s interesting that in some ways, the Galaxy S20+ seems to have more advanced features than the S22+. But it really comes down to what you’re really looking for and what features are most important to you.

Samsung Galaxy S22 Plus vs. S20 Plus: On the inside 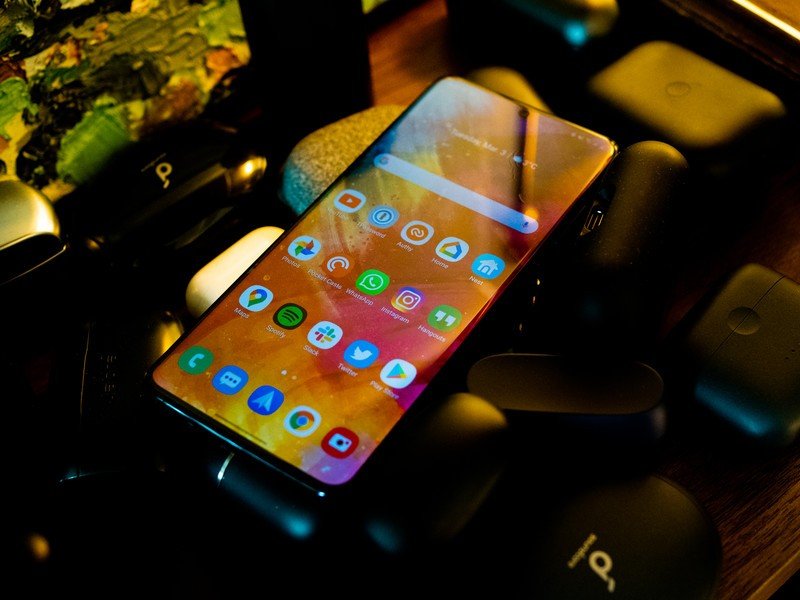 The Galaxy S22+ has a new Snapdragon 8 Gen 1 processor and launched with the One US 4.1 based on Android 12, which offers new privacy features and notifications along with improvements to the camera and video capabilities. Our reviewer Michael Hicks noted in his review that things like the fingerprint sensor and Face Unlock worked “faster than you can snap your fingers.” He was also able to scroll and swipe with ease since the phone is very responsive. One thing to note though is that he did find that the phone would get very warm when being put to the test, such as when completing demanding activities like gaming.

Meanwhile, in reviewer Daniel Bader’s write-up of the Galaxy S20+, after updating to Android 11 and One UI 3.0 in February 2021 and using the phone for almost a year, he was still pleased with its performance. He said that the phone “flies” when it comes to performance thanks to the (now older) Snapdragon 865 processor, with the Android 11 update making it “more snappy.” At the time of launch, he gave it 4.5 stars, with the only concern being that sometimes the fingerprint sensor was finicky. 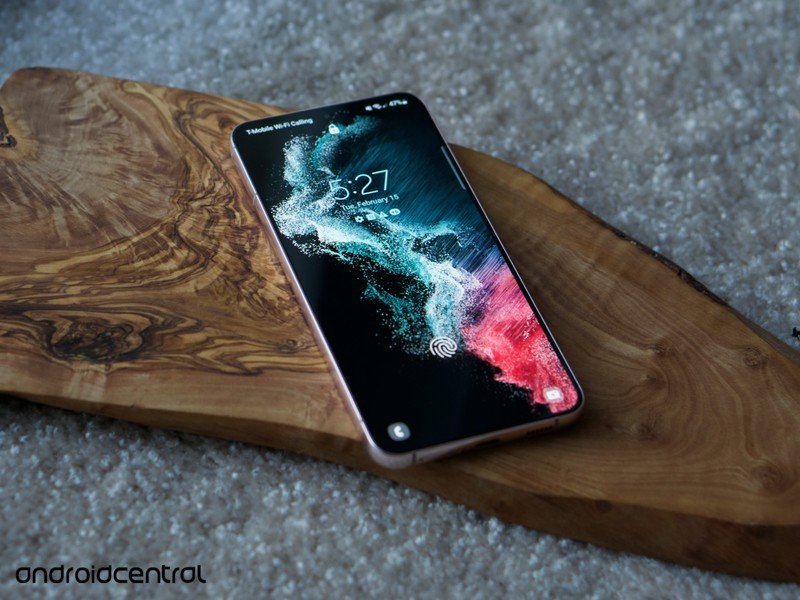 A big internal difference between the two devices is that the Galaxy S20+, which comes in 128, 256, and 512GB options, also has a microSD card slot for storing an additional 1TB of data. The S22+, by contrast, only comes in 128GB or 256GB iterations and doesn’t have a memory card slot. With most content being stored in the cloud these days and 256GB being plenty, this might not be a dealbreaker. But with high-res images and videos, along with apps and other content, you’d be surprised how quickly you can fill up 256GB.

With the promise of OS updates for the next four years through to Android 16 with the Galaxy S22+, you can also be guaranteed that it will perform at its top-notch level for years to come.

Both phones also come in 5G versions so you can get the best of the best when it comes to connectivity, with a compatible carrier.

Samsung Galaxy S22 Plus vs. S20 Plus: On the outside Both Galaxy phones are sleek with large AMOLED screens and Samsung’s Infinity-O display. While the Galaxy S20+ has a higher resolution screen, the S22+ adds something called Vision Booster, which is said to boost the display up to 1,705 nits so you can comfortably view it in direct sunlight. Our reviewer said it could be a game-changer for those who live where it tends to be sunny most of the year. It also includes the new Eye Comfort Shield to help filter out blue light.

Both come in various eye-catching colors, though the S22+ has a few additional Samsung.com exclusive options from which to choose, although they only might be available in limited quantities. Since the S22+ has a slightly smaller screen, it’s also slightly shorter but a bit wider and two millimeters thinner. The screen size isn’t impacted much, though, since it also has that elegant bezel-less design.

Both are IP68 rated, so they can be submerged in up to 1.5 meters of water for up to 30 minutes. Neither has a headphone jack, which is common with smartphones nowadays, but both feature USB-C charging. 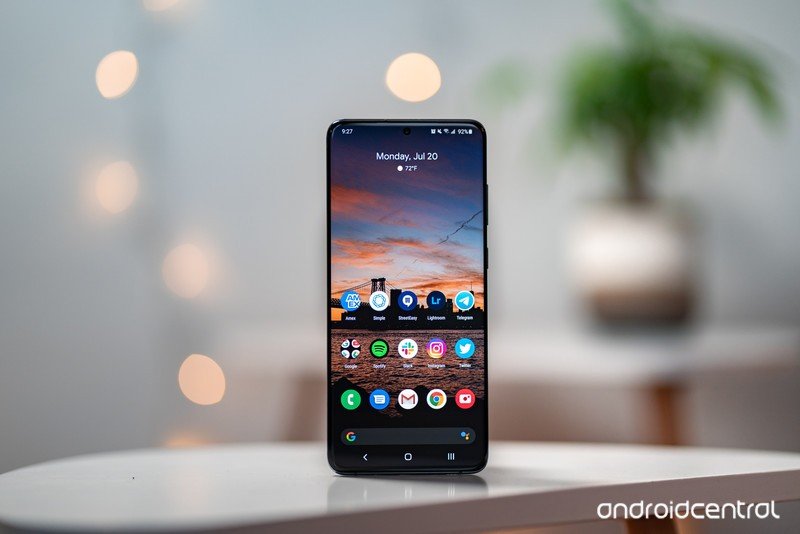 When it comes to battery life, both have 4,500mAh batteries and support fast charging, but the S22+ supports 45W fast charging while the S20+ only supports 25W. This means the S22+ will reach 100% faster than the S20+, which is to be expected.

Samsung Galaxy S22 Plus vs. S20 Plus: Photos and videos 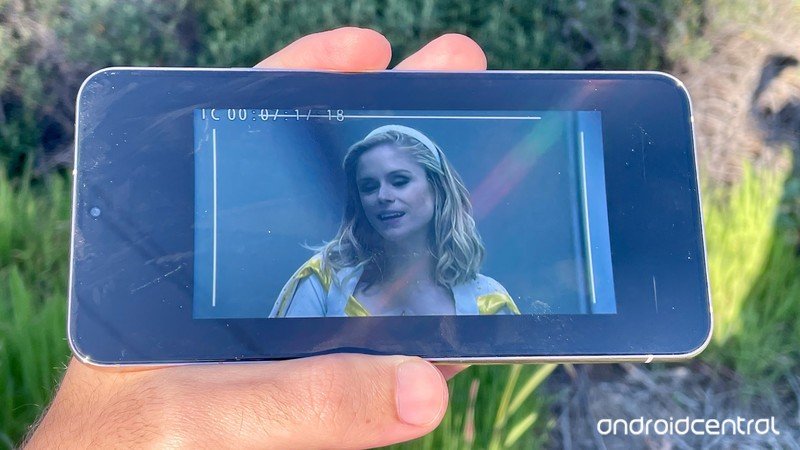 For many, your smartphone is also your camera, so it’s no surprise that smartphone companies are focusing on upping their game when it comes to built-in cameras. Luckily, the cameras on both phones allow you to capture amazing, professional-looking photos and videos. However, as to be expected, the S22+ has a significantly upgraded tri-camera system that includes a 12MP ultra-wide camera, 50MP wide-angle camera, and 10MP telephoto camera. It also has all the camera modes you’d expect, from scene optimizer to shot suggestions, panorama, food, night, portrait, slow-mo, and more. 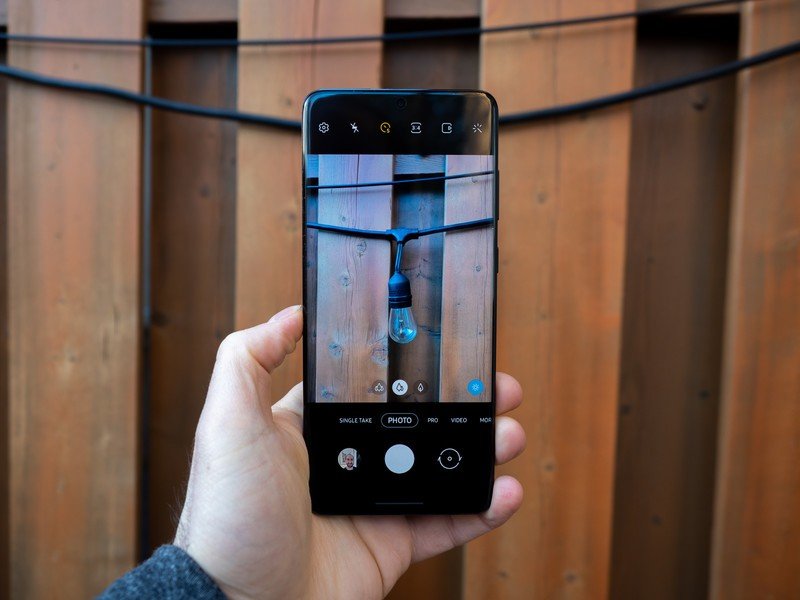 The Galaxy S20+, meanwhile, has a quad-camera system with a 12MP ultra-wide, 12MP wide-angle, and 64MP telephoto, along with Depth Vision and the same camera modes you’ll find on the S22+. Both can capture videos up to 8K at 24FPS, along with 4K UHD and 1080p at 60FPS. They both also have stereo speakers and support Dolby Atmos.

Bader found in his extensive testing of the S20+’s cameras that it takes wonderful photos during the day and the processor results in less noise in photos taken in low-light conditions. In fact, he says the S20+ is a better nighttime camera than any other Galaxy phone he tested in the past. He, however, noticed the same issue he had found with previous-generation Samsung Galaxy phones: too much smoothing of facial details makes people look almost artificial. Using Pro Mode, however, rectifies a lot of issues like motion blur, so he suggests leaving this mode on at all times.

The cameras in the new S22+ offer improvements in night photography (thanks to the revamped neural processor) and the AI Stereo Depth Map, which allows for better focus with portrait shots. However, Hicks says it only takes “perfectly acceptable photos with good color accuracy and decent detail,” noting the same motion blur issue Bader recognized with the S20+. There aren’t drastic changes in the camera quality with the S22+, but may be enough for those looking for an upgrade to make the switch.

With that said, Samsung has never been quite known for having the best smartphone photography on the market, so if you want the best photos around, go for a Google Pixel 6. However, even in this day and age, the S20+ still takes acceptable photos.

Samsung Galaxy S22 Plus vs. S20 Plus: Should you upgrade? 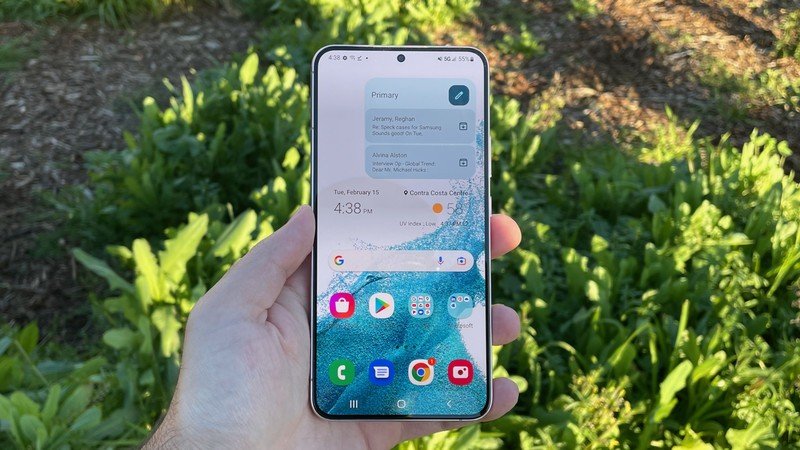 There’s no denying that the Samsung Galaxy S22+ offers some enticing upgrades over the now discontinued S20+, but it also comes at a price, and with the sacrifice of some features like the memory card slot, memory, and storage; plus it doesn’t have enough notable upgrades to important features, like the photo quality. All these things could convince you to stick with the Galaxy S20+, especially knowing you won’t have to fork over a ton of money for a new phone (note that Samsung does offer great trade-in values for older-model devices, though).

That being said, the Galaxy S20+ is already two years old and discontinued. It features an outdated OS, Android 10, and might not be able to leverage all the features of Android 12. As mentioned, all Galaxy S22 series phones, including the Galaxy S22+, will receive up to four years of Android OS updates, through to Android 16. This means you’ll get a longer life out of the Galaxy S22+ than you would the S20+, making its higher price justified beyond just the fact that it’s the newer model of the two. While historically, people tend to upgrade their phones every 2-3 years (based on contract expiration with a carrier), the Galaxy S22+ could help you save money in the long run by remaining fresh and up-to-date for twice that time.

Keep in mind that the Samsung Galaxy S21+ is also a worthwhile option to consider, including as an upgrade to the Galaxy S20+. The Galaxy S21 phones will also receive up to four years of Android OS updates and you’ll be able to find them for much less than the new Galaxy S22 series models.

No matter which Galaxy device you choose, you’ll be pleased with the purchase and excited about the premium features.

While the Samsung Galaxy S22+ takes some features away that were included in the S20+, including not having a microSD card slot, it is one of the company’s latest series phones. Loaded with Android 12 with a promise of up to four years of OS updates as well as 5G, Bluetooth 5.2, and more, it’s a great option to consider if you’re buying new.

Don’t discount the two-year-old Samsung Galaxy S20+ just yet. While it runs on an older OS, the S20+ also packs great specs, including a higher-resolution screen, snappy processor, memory card slot, and impressive quad-camera system that might better suit your needs.