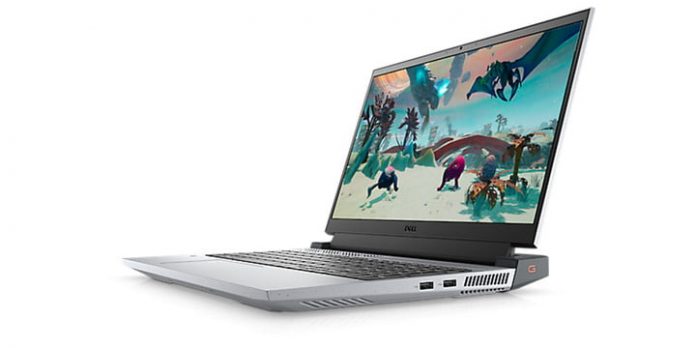 Presidents Day deals are here and that means we’re seeing some huge discounts on some amazing gaming laptops. If you’re not sure where to begin, don’t worry. We’ve got you covered with a look at the best Presidents Day gaming laptop deals for every budget. Read on while we guide you through them.

The Dell G15 Ryzen Edition comes from one of the best laptop brands out there so you know you’re onto a good thing. It offers everything you could need from a midrange gaming laptop, all while looking good, too. That includes an AMD Ryzen 5 5600H processor — and AMD often rules the roost when it comes to great processors for gaming these days. Alongside that is an Nvidia GeForce RTX 3050 graphics card which means you get all the benefits of an Nvidia GeForce 30-series graphics card without having to pay a fortune for one of the higher-end options.

Backing that up is 8GB of memory plus 256GB of hard drive space. Both are a little lower than is ideal. 8GB of memory is sufficient for most games but you might find yourself needing to swap between installs of games with the relatively limited amount of hard drive space. For a gaming laptop in this price range though, compromises need to be made and this is a reasonable sacrifice. Where the Dell G15 Ryzen redeems itself is with its display. It has a 15.6-inch full HD display with a 120Hz refresh rate. No one wants to game on a small 13.3-inch display so this 15.6-inch screen is ideal for having plenty of space without worrying about portability issues. The screen’s 120Hz refresh rate is great, too, as it means the games you play will look far smoother than with a lesser display.

With improved power and thermal systems, everything about the Dell G15 Ryzen Edition has been designed with efficiency and convenience in mind. It’s sure to be ideal for gaming while on the move without missing out on excellent performance. It even offers Alienware’s Game Shift technology for superior performance, as well as other useful tweaks.

The HP Omen is a fairly good value gaming laptop. Much of that is thanks to its screen. It has a rather hefty 16.1-inch display which makes a huge difference when you’re gaming on the move. While that might make it slightly less portable than alternatives, if you want to see everything important on screen, this is the laptop for you. It’s also useful if you need to multi-task and juggle numerous windows while on the move. Elsewhere, it has some respectable hardware to back it up. That includes an AMD Ryzen 5 5600H processor which offers plenty of speed when working or playing.

It’s ever so slightly let down by its aging GeForce GTX 1650 graphics card which isn’t as up to scratch as it once was, but it can still cope with the latest games without a problem. One big redeeming feature here is its 512GB of SSD storage. That’s plenty big enough to store multiple games without a problem and without needing to uninstall games too often. Along with that, there’s 8GB of memory.

Basically, it’s a solid mix but a varied bunch of hardware. The HP Omen offers up a great 16.1-inch full HD display although it lacks 120Hz refresh rates. It still offers up 300 nits of brightness though so it looks great. Alongside that, with plenty of storage space, you won’t need to micromanage, although you might wish for a better graphics card. Still, as a general all-rounder, it does the job pretty well. It even offers up sound by Bang & Olufsen along with fast charging so you’re up to 50% in just 45 minutes. Full of useful features, you’ll soon love this laptop. It looks pretty stylish and sleek, too, even with that large display.

Asus often features amongst the best gaming laptops and the Asus ROG Zephyrus is certainly worth your attention. It offers powerful specifications alongside some great and iconic looks. Unlike other laptops that focus on a black style, this one has a Moonlight White color scheme and it’s truly eye-catching. Under the hood, it’s powerful, too. It offers an AMD Ryzen 9 5900HS processor which is pretty much one of the best you can get right now. Alongside that, it has 16GB of memory which is just the right amount you need while gaming. In addition, it has an Nvidia GeForce RTX 3060 graphics card which is plenty good enough to play the latest games.

While some gaming laptops scrimp elsewhere, the Asus ROG Zephyrus keeps on going. It has 1TB of SSD storage so you can store plenty of games at once without worrying about running out of storage space. That’s the beauty behind this laptop. It’s well thought out. While its display is a little smaller than some competitors with a 14-inch display, it’s really well designed. It uses 144Hz refresh rate so your games will always look silky smooth while you play. That makes a huge difference to making your gaming experience look far better than before.

Other neat features include its four speakers, all of which are powered by Dolby Atmos technology. It sounds great, too, making this a gaming laptop with basically no weak points. It’s even lightweight and versatile as it measures just 0.7-inch thin and weighs just 3.64 pounds so it’s easy to take out and about with you. Simply put, this is a well-designed laptop that offers plenty for you to love. It’ll help you game on the move in style for a while to come without missing a beat.