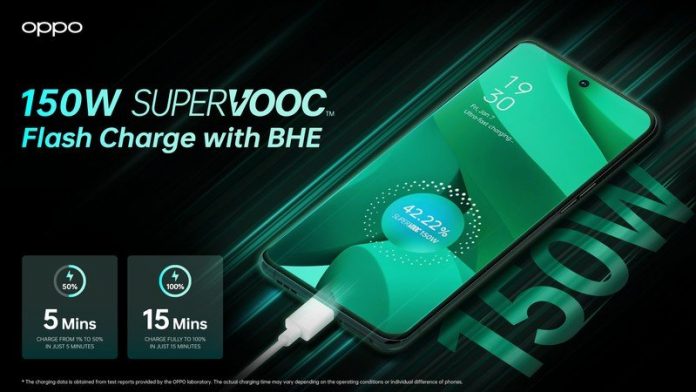 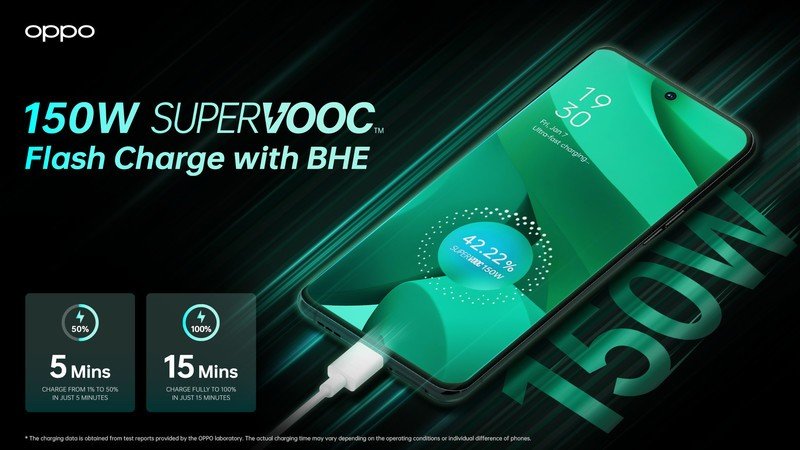 OPPO was one of the first manufacturers to bring fast charging to its phones; the 2014 Find 7 could charge at 20W, and it set the foundation for the VOOC standard that made its way to several OPPO phones and OnePlus devices under the Dash Charge label. For the last two years, OPPO has offered 65W SuperVOOC on its flagship and mid-range phones along with OnePlus and Realme devices.

OPPO introduced an updated 125W standard last year, but we haven’t seen many devices that leverage the tech. For 2022, OPPO is introducing its most ambitious update with 150W SuperVOOC. OPPO claims that the 150W charging tech can fully charge a 4500mAh battery in just 15 minutes, less than half the time taken with the 65W standard (38 minutes). 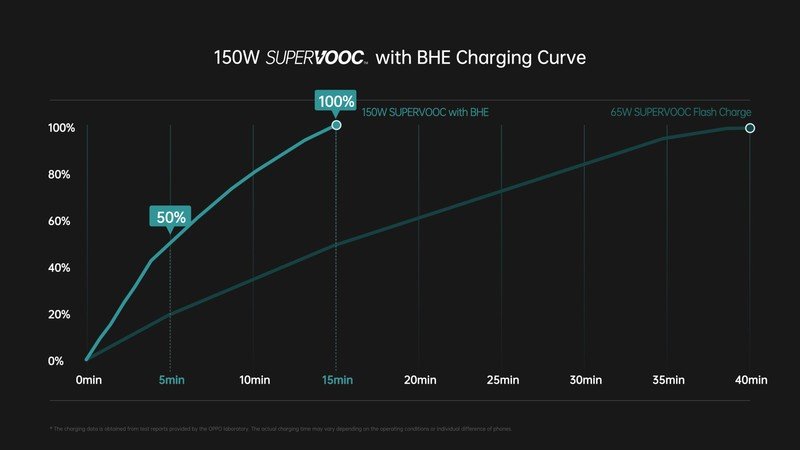 But what’s just as interesting is the fact that you’ll be able to get a 50% charge from flat in just five minutes. Like all VOOC implementations, the 150W tech uses OPPO’s custom charger that leverages two charge pumps to deliver the energy.

OPPO is continuing to use the dual-cell design that has been a mainstay on phones for the last two years, and with 150W, it is sending a 20V/7.5A charge that is split into two to charge the two cells simultaneously. Each charge pump takes the 20V/3.75A charge and converts it into 5V/15A to charge the phone’s battery.

In addition to increased charging speeds, OPPO is introducing a Battery Health Engine (BHE) feature that aims to extend battery longevity. OPPO calls BHE a “system-level battery health optimizing solution” that uses the brand’s “customized battery management chip” to “improve the health and safety of batteries by optimizing the underlying algorithm and chemistry system of the battery’s structure.” 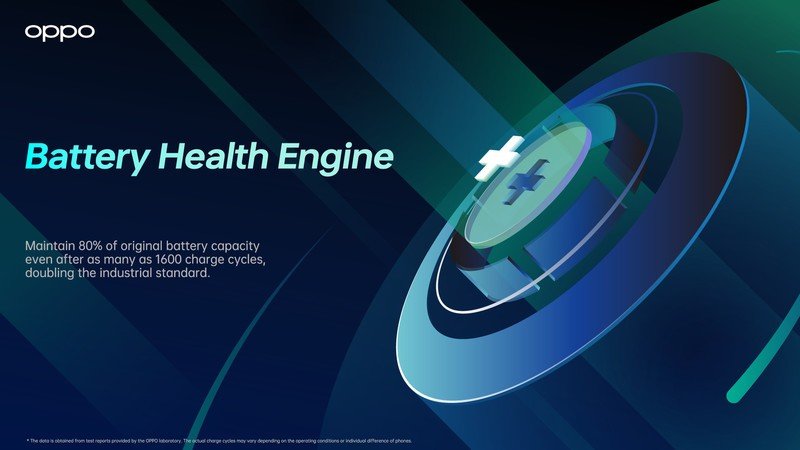 Smart Battery Health Algorithm is able to track the real-time electric potential across the negative electrode inside the battery of a smartphone. It dynamically adjusts the charging currency within a reasonable range, minimizing the occurrence of dead lithium while maintaining the maximum charging current, therefore ensuring a healthier battery lifespan and faster charging speed.

The algorithm is able to determine the “safest charging current based on different battery capacities, charging adapters, battery conditions, and stages of charging, therefore maximizing the activity of lithium-ions and prolonging the battery’s lifespan.” As for Battery Healing Technology, the feature optimizes battery life by tweaking the underlying electrolyte formula:

By improving the electrolyte formula, the electrodes are continuously repaired during the battery’s charge and discharge cycles, forming a more stable and durable film – Solid Electrolyte Interface. Battery Healing Technology helps the battery to continuously repair the SEI during the charging and discharging cycle, making the SEI more stable and durable in real time.

With Battery Health Engine, OPPO says that a battery is able to retain 80% of its charge after 1,600 charge cycles — double that of the industry standard. The feature isn’t limited to 150W charging tech either; it’s debuting on the 80W Find X5 Pro, and will make its way to high-end and mid-range phones over the coming months. 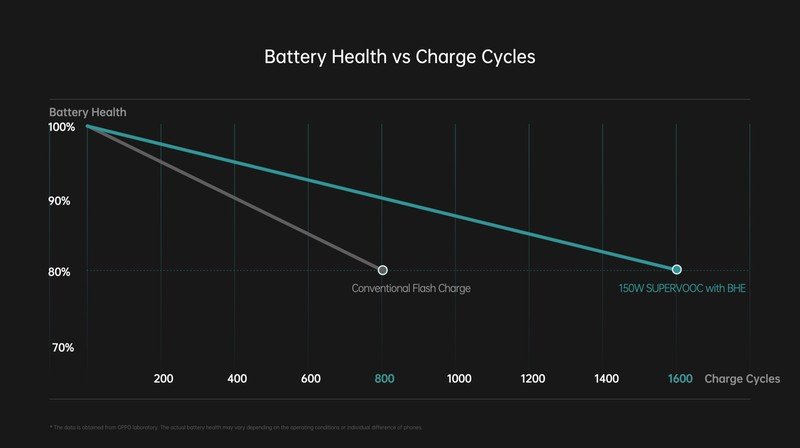 Finally, the 150W charging tech works over USB PD and PPS as well, so you can use the bundled charger for other phones and notebooks. OPPO is switching to gallium nitride (GaN) for its 150W SuperVOOC charger, and as such the physical dimensions aren’t noticeably different to the 65W wall plug.

The first phone with 150W SuperVOOC will debut in Q2, but it won’t be from OPPO; instead, it will be a OnePlus offering. While OPPO didn’t confirm the name of the device, it’s a safe bet that it will be aimed at the mid-range segment, so look for the Nord 3 to have next-gen charging tech. The Nord series is among the best budget Android phones, and 150W charging should give it a considerable advantage this year.