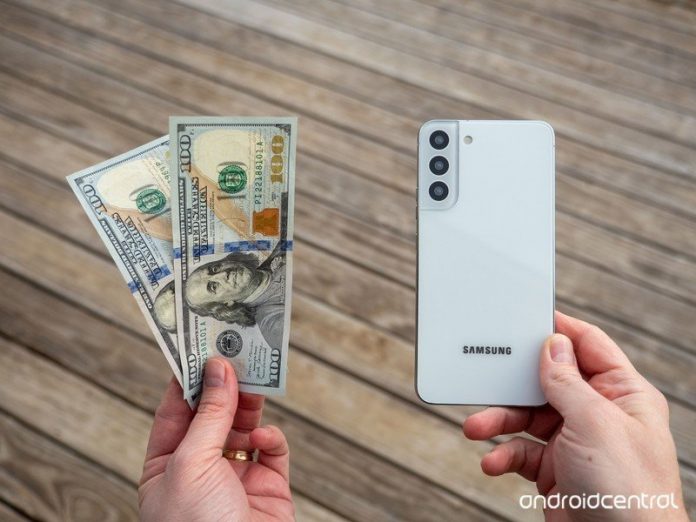 $200 and a bit of gymnastics can get you a brand new phone. 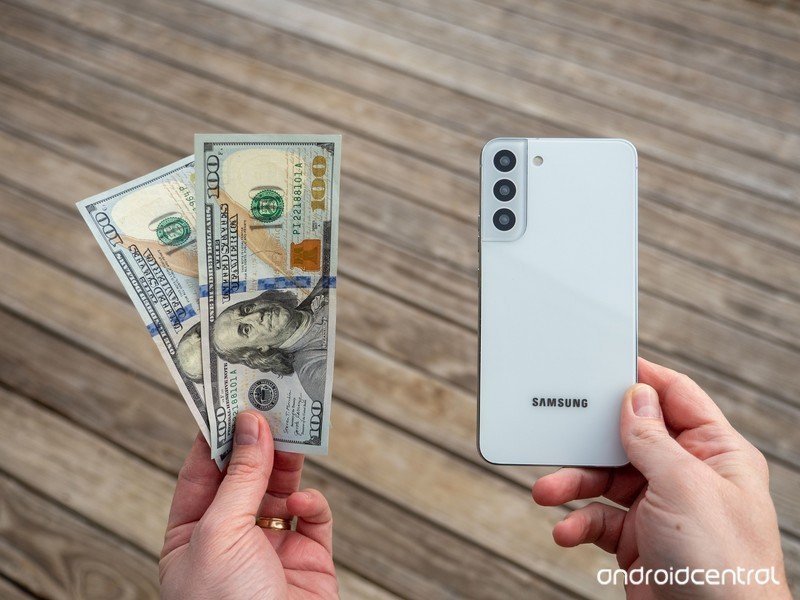 So, you’re in the market for a new phone and the Samsung Galaxy S22 caught your eye. Samsung is offering three tiers of models in the Galaxy S22, but all of them have one thing in common: they’re all quite expensive. $800 isn’t a small amount of money to drop on anything, let alone a new phone.

But that’s what the Galaxy S22 costs, and the Plus and Ultra models are even more than that.

But you don’t have to spend that much. You really don’t need to spend more than $200, and you might be able to get one for even less than that.

You can get a Galaxy S22 for cheap by trading in a new phone to your carrier, not Samsung.

Out with the old 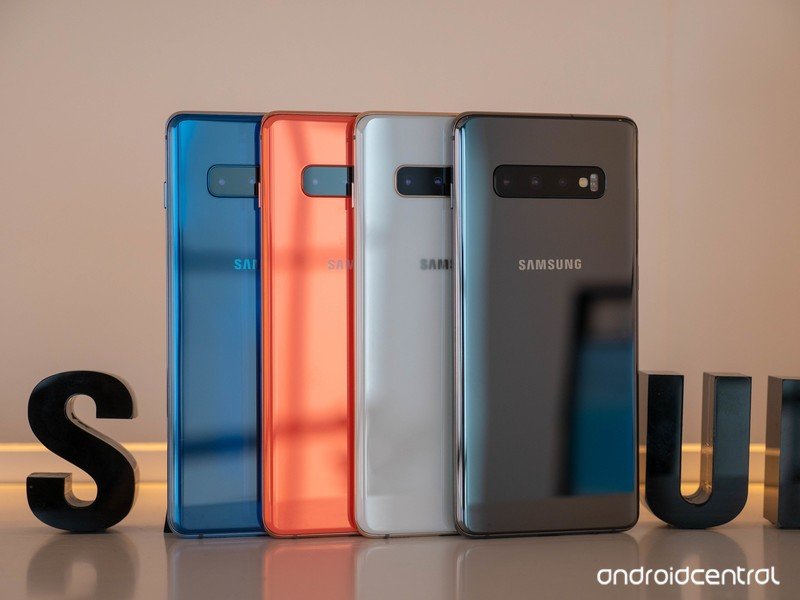 When you preorder a Galaxy S22, both carriers and Samsung are offering discounts right off the top and are further discounting a new phone when you have an old one to trade-in.

But it doesn’t have to be the phone you’re using right now. In fact, if you head to the Galaxy S10 page on Swappa, you can pick up a working used Galaxy S10 for around $200, then immediately turn around and trade that into T-Mobile, AT&T, or Verizon for an $800 discount on any new Galaxy S22 model.

I went to T-Mobile’s website right before putting this article together to see how good the promotions could be and was pleasantly surprised at the offers. 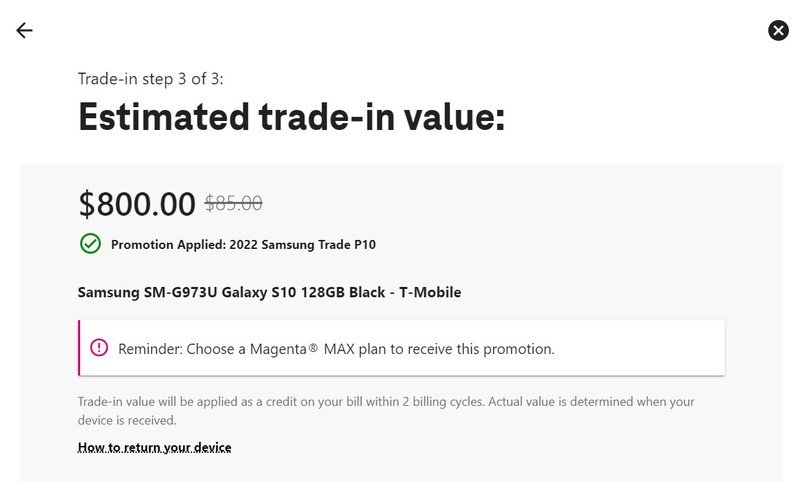 While it takes a little bit of extra effort and time, the pay-off is totally worth it.

Best yet, since you won’t be trading in the phone you’ve been using for a while now, that means you can keep it around as a backup. That’s great for gifting to someone in need or just in case the worst happens to your brand new phone.

Each carrier is going to have some sort of caveat to this trade-in, though. Some, like T-Mobile, might make you subscribe to a specific phone plan — Magenta MAX, in this case — in order to be eligible for the discount. Others might make you put it on an installment plan, so you’ll pay for that $200 over a period of a few months instead of all up-front.

Those tactics are all employed to ensure that you stick with the said carrier instead of just grabbing the discount and running, but they’re usually worth signing the agreement in order to get the best discount. You can always pay the phone off early and ditch if worse comes to worst.

What if my phone is broken? 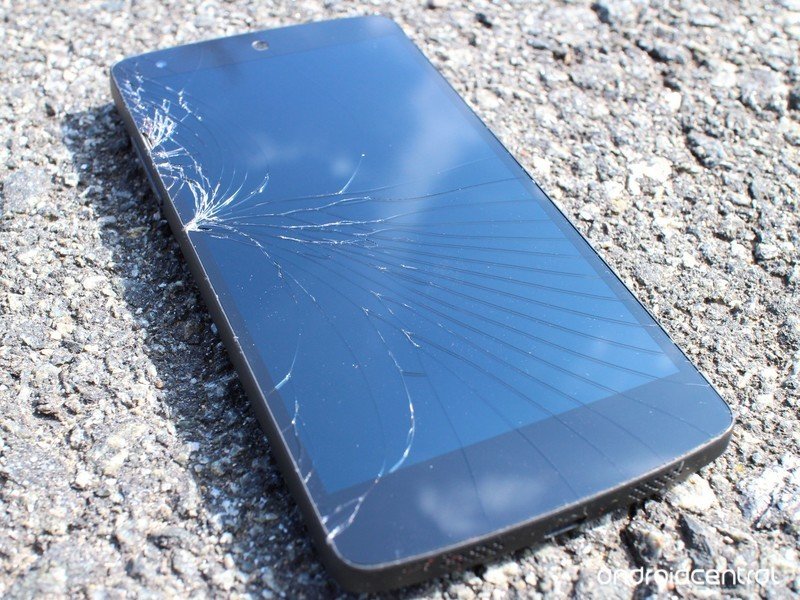 AT&T is still willing to give you $800 for a phone with a cracked screen, but the little trick above won’t work elsewhere for a few reasons. First, most carriers won’t accept a phone that isn’t working at all. Again, AT&T is the exception here.

Second, the trade-in value of a broken phone is often less than what you can buy one for on a website like eBay. Go figure.

AT&T is still willing to give you $800 for a phone with a cracked screen.

First off, you can take your phone to a local phone repair store like uBreakiFix. Taking a phone like that to a repair shop likely costs around $250 for the repair, so we’re not talking that big a price difference from buying a used, non-cracked phone outright.

You can then turn around and trade that into T-Mobile, AT&T, or Verizon for $800, essentially meaning you made $550 for making a trip to two separate stores.

If you’d rather not go through the extra hassle of getting the phone repaired first — and don’t want to go the AT&T route — you can always trade it in broken right to Samsung. But be aware that the trade-in value for a broken phone at Samsung is substantially lower than what Samsung or a carrier would offer for a new one.

You can take your broken phone to uBreakiFix, spend $250 to get it fixed, then have T-Mobile or Verizon pay you $800 for it.

That same Galaxy S10 that would get you $800 at T-Mobile (when it’s fully working and undamaged) is only worth $125 to Samsung when it’s broken. That really kind of sucks and there’s no way around it, but, it’s definitely better than nothing.

Personally, I’d just get the thing fixed, make bank, and enjoy the heck out of my new Galaxy S22.

More affordable with a trade-in 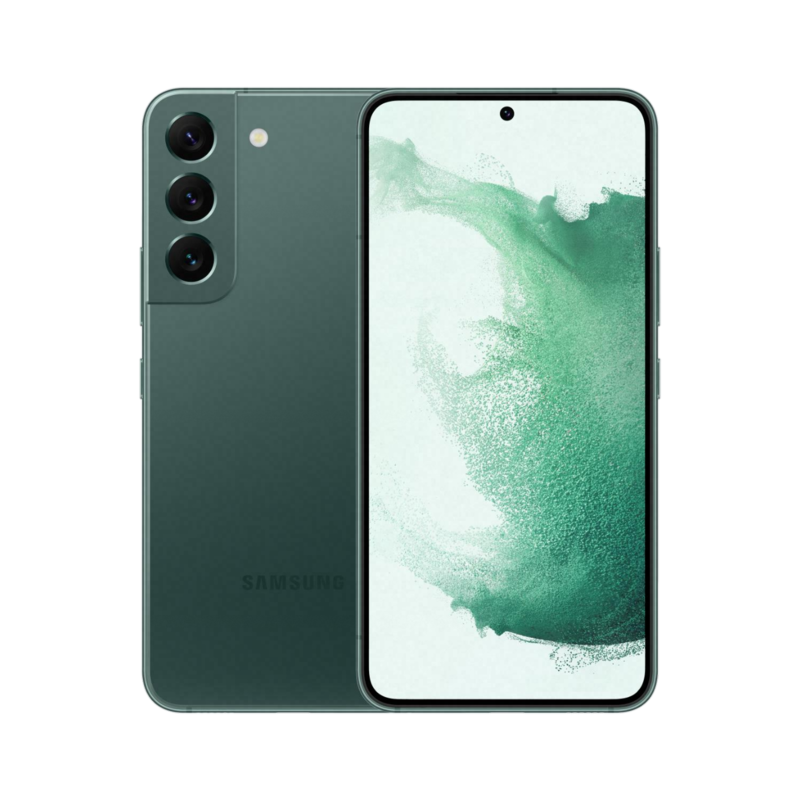 Get the best for less

The Galaxy S22 might have a high unlocked price tag, but Samsung (or your carrier of choice) can get you one for a much better price.