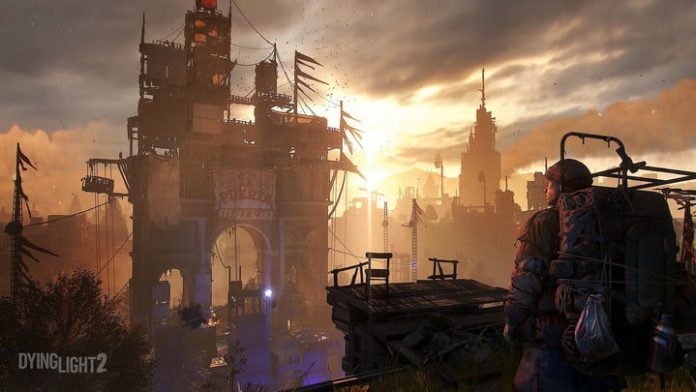 After seemingly endless delays, Dying Light 2 is here. Although the game doesn’t fully live up to expectations, it’s still a true next-gen experience. To optimize your gameplay, I rounded up the best settings for Dying Light 2, as well as looked at the performance you can expect with ray tracing and upscaling.

The game’s massive open world is demanding on even the latest hardware, so you’ll need a beefy PC to run Dying Light 2 with ray tracing. The three upscaling options offer a lot of bandwidth for low-end hardware, thankfully, though their trade-offs in image quality may be too big to stomach.

The best settings for Dying Light 2

Dying Light 2 doesn’t have a lot of graphics options, offering a nice change of pace from the stuffed menus in titles like Call of Duty: Vanguard. Those few settings offer a lot of bandwidth, though. After testing each of the settings and tweaking the biggest losers, I was able to increase my frame rate by nearly 33%.

Here are the best graphics settings for Dying Light 2:

I ignored ray tracing for these settings to get a baseline. I’ll talk more about ray tracing later. Normally, I try to find a balance between image quality and performance, which generally leads to a mix of medium and high settings. Dying Light 2 is more taxing than most games, though, so I pushed some settings down to low.

The other interesting note is motion blur. I always turn motion blur off, and I recommend you do so in Dying Light 2. Turning off motion blur not only looks a lot better, but it can also increase your frame rate by around 8%. If you need motion blur, leave the setting at low.

All of the three ray tracing presets call for Nvidia’s Deep Learning Super Sampling (DLSS), and there’s a reason for that, as I’ll dig into in the following sections. Ray tracing is incredibly demanding in Dying Light 2. It’s beautiful, but impossible to run at native resolution. You need something like DLSS.

For the other system requirements, most of them check out. A decent quad-core from the past few generations will get you by, though a six-core CPU is ideal. Techland recommends the eight-core Ryzen 7 3700X for the top spec, but a six-core chip like the Ryzen 5 5600X will work just as well.

For graphics cards, Techland is leaning heavily on DLSS. Based on my testing, the recommendations are just a little underpowered. You can reach the performance bars set by the system requirements, but it looks like Techland factored in the aggressive Performance mode for DLSS, not the Quality or Balanced modes.

Enough with settings and system requirements — let’s talk performance! It’s rare to find games that feel next-gen on PC, but Dying Light 2 fits the bill. It can run on the hardware of today, but it’s built for the hardware of the future, especially if you want all of the visual bells and whistles.

Bumping down to 1440p was much more forgiving, which isn’t surprising, as 1440p is still the sweet spot for native resolution. With recommended settings, the RTX 2060 Super manages nearly 60 fps at native 1440p, and the RTX 3070 nears 100 fps. But 1440p is the baseline for Dying Light 2, with native 4K only reserved for the most powerful hardware.

The RX 580 shows its age in a big way in Dying Light 2. I wasn’t anywhere close to 60 fps at 1080p, even with recommended settings. That’s not a good sign for budget gamers, especially considering the underpowered RX 6500 XT. There are upscaling options, but as I’ll dig into later, they sacrifice a lot of image quality at lower resolutions.

Ray tracing is always demanding, but it’s especially rough in Dying Light 2. Without upscaling, ray tracing is almost exclusively reserved for RTX 30-series graphics cards. It’s too taxing on AMD’s RX 6000 cards, as well as the older RTX 20-series cards. You can turn on ray tracing, but you’ll need to compromise.

I originally tested ray tracing in 4K, but after seeing results in the single digits at native resolution, I bumped down to 1440p. The results above are at native 1440p for the two ray tracing presets in Dying Light 2. There are about five ray tracing options in the game, each of which represent a significant downtick in performance.

For native resolution, you can see just how far back the RX 6700 XT is compared to the RTX 3070. It’s no secret that AMD’s most recent graphics cards don’t handle ray tracing well, and Dying Light 2 brings that issue to the forefront. The game is beautiful even without ray tracing turned on, so I’d recommend most people just leave it off.

You can see in the comparison above how much depth ray tracing adds to Dying Light 2‘s world. The grass show complex shadows, and the distant tunnel is wrapped in shadow. It looks great, but Dying Light 2 is so wonderfully detailed that you don’t need ray tracing. The game looks great either way, and the performance trade-off is too steep.

Dying Light 2 includes three upscaling options: DLSS, AMD’s FidelityFX Super Resolution (FSR), and an in-game upscaling tool. DLSS is only available on RTX 30- and 20-series graphics cards, but the other two upscaling modes are available for every GPU.

I normally test upscaling by reaching for an aspirational scenario — 4K at 60 fps. I couldn’t do that with Dying Light 2. Instead, I tested the the middle quality preset for each of the upscaling tools for the respective resolution for each graphics card: RTX 3070 for 4K and so on.

All three offer a significant uplift in performance. Without ray tracing, they push each GPU past the 60 fps line, optimizing far more than settings can alone. I used the middle quality preset for the upscaling modes, but keep in mind that these presets are using different render resolutions. FSR Balanced uses a higher render resolution than DLSS Balanced, for example.

You wouldn’t know that from the image quality. You can see the three upscaling modes stacked up in the image below. DLSS is on the left, FSR is in the middle, and the in-game upscaling is on the right.

Despite working with a lower resolution, DLSS maintains a lot more detail. You can see that clearly in the distant trees, as well as up close on the train car. FSR and the in-game upscaler offer larger performance improvements, but they don’t look nearly as good as DLSS.

Most players will only have the option between FSR and the built-in upscaling tool. FSR is the better option in most cases, unless you’re trying to play the game at 4K. In that case, the linear upscaling tool is close enough, and it performs better.

The main issue is when you bump down the resolution. If you’re upscaling to 1080p, for example, the image will look much worse overall. That’s the nature of upscaling, unfortunately, and general-purpose solutions like FSR and linear upscaling can’t reconstruct a low resolution scene like DLSS can.