HomeNewsUltraRAM may one day be able to combine storage and memory into...
News 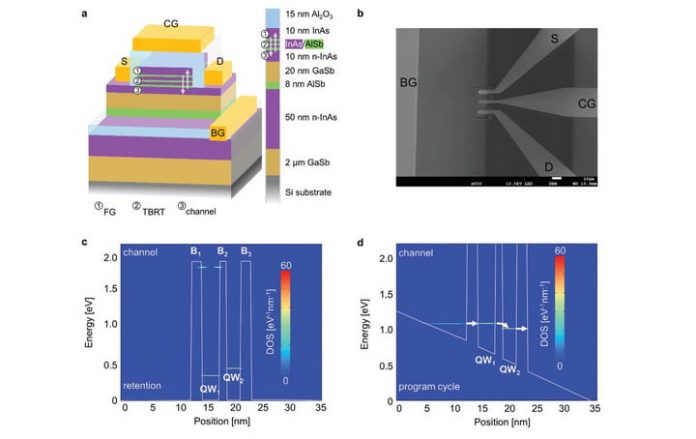 The idea of combining memory and storage into one component has been around for a long time, but up until now, it was nowhere near becoming a reality. However, that might be about to change.

Scientists from the Physics and Engineering Department of Lancaster University in the UK have recently reported a breakthrough in their research into the subject of UltraRAM, a novel idea that would turn both RAM and storage into a single piece of hardware. According to the team of scientists, we are closer to being able to produce UltraRAM than it might seem.

According to the paper published on this matter (which was then reported on by Tom’s Hardware), UltraRAM is a technology that would combine the stability and non-volatility of data storage memory with the high speeds and energy efficiency of RAM. Although no such hardware has been produced yet, it should be possible — which is why there already have been attempts to make something along the lines of UltraRAM in the past.

Modern RAM and ultra-fast SSDs both use flash memory, but they also utilize it in different ways. Computer memory only stores currently used, non-persistent information: If you power off your computer, all the data will disappear. On the other hand, data storage devices such as SSDs store your information on a permanent basis. This type of memory is referred to as “non-volatile.”

While memory and storage solutions have their similarities, there haven’t been many successful attempts to combine the two. One example of something similar is Intel Optane, which is an alternative to flash memory. However, Intel seems to be walking away from it; the company discontinued all consumer-only Optane products in 2021.

The idea of UltraRAM may have seemed to be a lost cause based on previous attempts, but according to the five physicists from Lancaster University who are researching the matter, it can be possible. UltraRAM would define a new generation of memory and storage, which would be non-volatile and capable of storing data for long periods of time but still fast enough to replace RAM.

The scientists described the process in their paper, indicating that production on silicon wafers could be well within the realm of possibility. The process includes the use of Indium arsenide (InAs) quantum wells and aluminum antimonide (AlSb) barriers. Quantum wells are extremely thin layers in which particles cannot move up or down but can move along and across the other two planes. Together, these quantum wells and barriers create a triple-barrier resonant tunneling (TBRT) structure. Scientists believe that using this technology, UltraRAM could be produced for all kinds of computerized devices in a cheaper and faster way than the current solutions can ever provide.

If UltraRAM was to become mainstream, it could mean that instead of buying RAM sticks and an SSD or HDD separately, we could simply buy one component with a certain amount of storage that would fulfill both of those needs in any PC build.

While this sounds great on paper, the pricing of such a technology may become a roadblock for many. If UltraRAM won’t be priced similarly to current RAM/storage solutions, only enthusiasts will want to try it out. There is much to be done until UltraRAM can become more than just a subject of study, and the research continues.