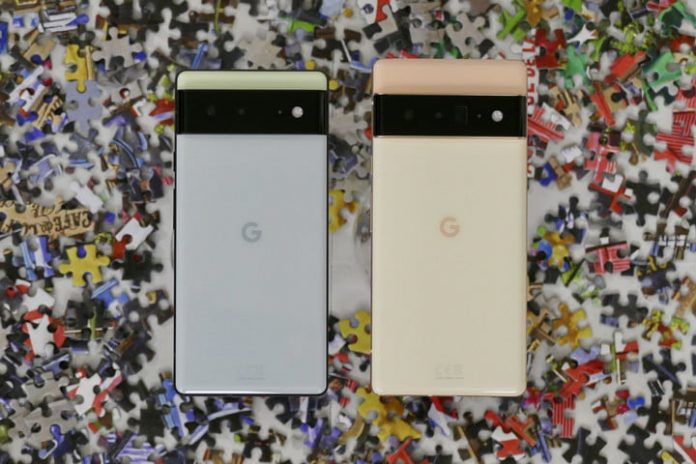 The Google Pixel 6 Pro is not having the best month, publicity-wise. A broken software update in December 2021 caused problems before it was halted, but this only compounded the issues owners were already apparently having with the phone. Check Twitter, Reddit, and other online spaces, and you’ll find what appears to be plenty of disgruntled Pixel 6 owners voicing their disappointment with the device, including several high-profile YouTubers.

Has Google’s darling Pixel fallen from grace? Are we ready to strip it of its “Editor’s Choice” badge in our review? No, not yet. While people clearly have legitimate gripes about the Pixel 6 and Pixel 6 Pro, there are also many who don’t have any issues with the phone at all. I know, because I’m one of them.

The Pixel 6 and Pixel 6 Pro’s Android 12 software seems to be the root of the now widely discussed problems, which were made worse by Google pausing the December software update due to reports of it causing calls to be dropped on some devices. A new software update with a fix has been promised for late January. But frustrations have started to push owners over the edge.

Popular YouTuber Marques “MKBHD” Brownlee tweeted on January 12 that he can no longer recommend the Pixel 6 Pro due to it having become “so buggy since launch.” “Combined with the latest botched update, it has just been a bad experience,” he added. Among the 2,300 replies was another from Safwan “SuperSaf’ AhmedMia saying he had abandoned the Pixel 6 Pro in December for similar reasons.

Many agreed with Brownlee and AhmedMia’s opinions, but actual details on the problems aren’t commonly revealed. Posts on Reddit’s Pixel 6 Subreddit provide more information, with owners reporting issues with app instability, the fingerprint sensor, the auto-rotate function, Bluetooth disconnects, slow auto-brightness, and dropped cellular and Wi-Fi connections. That doesn’t sound good at all, and certainly not what you’d expect from a $900 smartphone produced by one of the biggest names in tech.

The Pixel 6 Pro must be dead in the water, right? Not necessarily. There are, as always, two sides to this story. Since my review, I’ve used the Pixel 6 Pro as my daily-use Android phone multiple times, usually for at least a week or more, since it launched last year. Most recently, I have returned to it for the last week or so. What issues have I encountered? Well, not many at all. Apps for me are stable, the camera works as it should — including the selfie camera — Bluetooth stays connected, and battery life is surprisingly solid as well.

In my original review, I noted several issues — the unreliable fingerprint sensor, the 120Hz refresh rate screen jitter, and the flaky cellular connection — and these are still present to a certain extent, but have become less of a frustration. I have become accustomed to pressing the fingerprint sensor for longer than usual, which does seem to make it work more often, the 120Hz jitter lessened after the November software update to the point where I don’t notice it so much, and the cellular connection hasn’t dropped as often as it once did. No, it’s not perfect, but crucially, it hasn’t gotten worse.

I’m also prepared to forgive its foibles — every phone has them, after all — due to the absolutely superb camera, the overall attractiveness of Android 12’s Material You’s design, and the great performance and various handy features. I like Google Photo’s Magic Eraser and Action Pan mode, and use Google Assistant’s Voice Typing feature often. The positives outweigh the negatives for me, especially after turning off the witless Adaptive Brightness.

It’s not just me

I know what you’re thinking. I could be one of the lucky few blessed with a fully working Pixel 6 Pro, but it doesn’t appear that way. Digital Trends Staff Writer Adam Doud has been using the Pixel 6 and had this to say about his ongoing experience:

“I have been using the Pixel 6 since I bought it in November 2021. Most recently, I took the Pixel 6 on vacation to Walt Disney World in Florida, where I used it alongside the iPhone 13 Pro as my only two phones of the trip. In all this time, I have had few issues with the Pixel 6. No bugs, slowdowns, or otherwise that I can report, and certainly nothing that changes my opinion that this is one of the best phones to buy.”

Digital Trends’ writer Micheal Allison told me his Pixel 6 is “fine and works as it should. The fingerprint sensor works just as well for me as FaceID/Touch ID I used this year.”

Anecdotal? Sure, but we can’t pick and choose. These positive reports, and the many others peppering the threads on Reddit about the Pixel 6 and Pixel 6 Pro, are no more or less anecdotal than the negative ones, regardless of who is saying it.

So it’s all good?

All good, then? No, the Pixel 6 and Pixel 6 Pro are causing headaches for some owners, that’s clear. But equally, it’s performing as expected without issue for others. The solution, I hope, is for Google to send its next software update out soon, before the Pixel 6 Pro is too badly tainted by negative opinion, which arguably isn’t entirely deserved. Solid software fixes will also fix the bad press, but only if it all happens as planned. This way, Google can get itself back on track for regular, fault-free Pixel software updates going forward.

Should all this sudden negativity put you off buying a Pixel 6 Pro? Most of the problems being reported seem to be software-related. This means in the near future, there is an excellent chance they will be cured when Google updates the phone. It has not missed its “late January” arrival claim yet, remember. Furthermore, phones shipped will not come with the apparently buggy December update anyway. If you want to be really cautious, wait until after the software update arrives before buying.

However, if you had previously decided you could live with the issues highlighted in the first round of reviews and were still happy to buy a Pixel 6 or Pixel 6 Pro, then I don’t see any real reason to change your mind. If you get the phone and the hardware disappoints, or there are other unexpected issues, you can return it just like any other phone you may buy. However, there’s also a great chance the phone will be exactly as you hope, and you’ll be too busy enjoying it to worry about anything else.