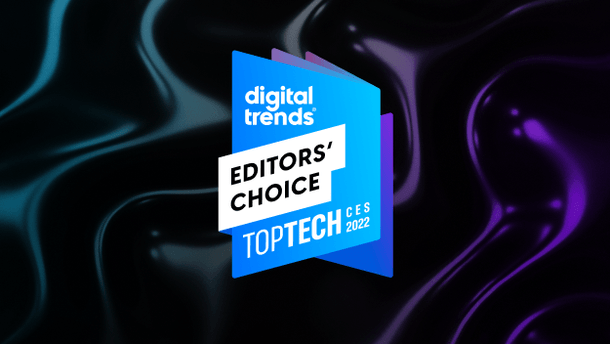 CES 2022 has brought a wide variety of peripheral announcements from brands like Corsair, HyperX, and Asus. While some of the new keyboards, mice, and headsets keep with the designs from years past, others have pushed ahead with innovative features — and those are products are center stage for this roundup of the best PC gaming peripherals at CES 2022.

Products featured in this post were handpicked by our editors as their favorites at CES 2022. Make sure to check out all of our CES coverage for the best tech from this year’s show! Featured companies should visit our partner PARS International for licensing opportunities.

The HyperX Cloud Alpha is one of the best gaming headsets around, except for one minor issue: There wasn’t a wireless version until now. The Cloud Alpha Wireless not only cuts the cord on one of the most comfortable gaming headsets you can buy, but it also comes with the highest battery life out of any headset we’ve seen.

It boasts a massive 300 hours of battery life — a first in the world of wireless gaming headsets. That turns the chore of charging into a minor inconvenience, outclassing even a lot of gaming mice. Anyone who uses wireless headphones for gaming knows the feeling of a dead headset all too well.

Battery life is one thing, but the Cloud Alpha Wireless goes beyond that. I’ve used the wired version for hours on end without even a hint of fatigue, and the wireless version looks even better. It has a slimmer and lighter design overall, but it maintains the same comfortable earcups and cushions that make the wired version sing.

The audio quality is great, too. HyperX uses a unique speaker design that physically separates the highs and mids from the bass. The result is an open sound that never gets too pokey in the high-end and never too thin in the low-end. 300 hours of battery life may be the marquee feature, but the Cloud Alpha Wireless offers so much more.

Mechanical keyboards are in a weird spot going into 2021. The big-name brands have rested on their laurels, while smaller brands like Akko and Keychon have pushed ahead with more innovative switch designs and better features. The Asus ROG Strix Flare II Animate is like a dream come true. It’s a keyboard from a big brand, but it’s far from content to let the little guys get the upper hand.

It’s my wishlist keyboard. It has a full layout with dedicated media keys and a volume wheel, comes with hot-swappable switches, and includes a USB pass-through. Amid great but unexciting keyboards like the Corsair K70 RGB Pro at CES 2022, the ROG Strix Flare II Animate is exactly what I needed to get excited about keyboards in the new year.

Outside of features, Asus nailed down the looks. The Strix Flare II Animate includes Asus’ AniMe Matrix, which is a grid compromised of 320 animated LEDs that you can use to display system vitals, images, notifications, or really anything you want. In addition, it includes an RGB light diffuser on the front, which you can snap off and put on the bundled foam wrist rest.

Asus isn’t on the same level as the Logitechs and Corsairs of the world, but the Strix Flare II Animate might be the product that pushes the company to the upper tiers of peripheral makers.

Outside of obvious picks like the HyperX Cloud Alpha Wireless, it’s hard for me to get excited about a gaming headset. There’s the mostly unchanged list of the best gaming headsets, and then there’s everything else, but the Alienware Tri-Mode AW920H has me excited once again.

Alienware isn’t a stranger to gaming headsets, but this design brings together the best of previous models. It’s still undeniably Alienware, but the subdued earcups and thin headband don’t immediately scream “gamer.” You can use this headset to listen to music or watch a movie, and given that it supports wired, Bluetooth, and 2.4GHz wireless, that’s a possibility.

The battery life looks puny next to the Cloud Alpha Wireless — it maxes out at 55 hours with Bluetooth — but the AW920H offers quick charging that can give you an additional six hours in only 15 minutes. The limited battery life comes on the back of activated noise-canceling, which is a surprisingly rare feature on gaming headsets.

Sound quality is the obvious question mark. We haven’t had the chance to demo the AW920H thanks to the limited physical presence at CES, but Alienware has a good track record when it comes to sound quality, so the AW920H shouldn’t be any different.

The Asus Chakram is one of the most unique gaming mice on the market, and the Chakram X builds on that design. The standout feature is the joystick, which Asus redesigned for the Chakram X. Now, you can use it in analog mode to move around your screen or in digital mode to activate keys or macros.

I’m not including it for the joystick changes, though. The new 36,000 DPI sensor is far and above anything we’ve seen from the best gaming mice, and in wired mode, the mouse supports an 8,000Hz polling rate. Like the previous version, you can snap off the cover and pop in your own switches, too.

You need to run the mouse wired for the 8,000Hz polling rate, but the Chakram X also supports wireless with 2.4GHz or Bluetooth 5.2 (with up to three paired devices). It’s almost the perfect mouse, though I suspect Asus will charge a pretty penny, just like it did for the original version.