The 5 biggest computing announcements from CES 2022 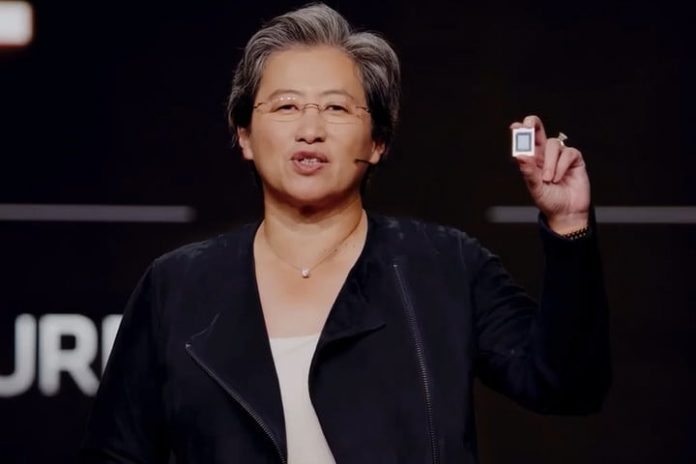 CES 2022 brought major announcements from every large tech company, especially in computing. We saw new processors, new graphics cards, future laptop designs, and even a wacky modular all-in-one desk. We’ve rounded up the five biggest computing announcements from the show to get you up to speed.

The show set the tone for the rest of the year — Omicron concerns included. CES showed that the computing crowd isn’t slowing down, and even as viral concerns mount, the largest computing companies are committing to putting out new products and keeping their road maps on track.

We expected new mobile processors from Intel and AMD, but that doesn’t take away from what the companies announced this year. For Intel, the new chips bring the hybrid architecture of 12th-gen Alder Lake to laptops, rivaling the M1 Max processor that showed up in the MacBook Pro late last year.

AMD had an even more exciting announcement in the form of Ryzen 6000. It’s not just bringing the desktop chips to mobile — Ryzen 6000 is a half-generation jump for AMD. Over the previous generation, AMD says Ryzen 6000 offers up to a 2x increase in gaming and a 2.3x increase in 3D rendering. And despite sharing the Zen 3 architecture with Ryzen 5000, the new chips bring platform improvement like DDR5.

More importantly, AMD announced that Ryzen 6000 processors will feature RDNA 2 graphics cores — the same cores used in AMD’s RX 6000 graphics cards. It could be a major shift in integrated graphics, as AMD is promising massive improvements over even the fastest integrated GPUs we’ve seen.

CES brought laptops up to date, clearing the way for AMD and Intel to make desktop announcements later in the year.

QD-OLED, or Quantum Dot OLED, is all the rage at CES this year. We’ve seen it on a bevy of TVs, and Alienware debuted the first gaming monitor to use the display tech. It combines the best of QLED and OLED, and our TV expert Caleb Denison says it produces “the best-looking image [he’s] ever seen from a screen.”

It’s an exciting trend for gamers who have been patiently waiting for OLED — or, in this case, QD-OLED — to arrive on gaming monitors. Hopefully we’ll see 32-inch and 27-inch OLED monitors throughout the year, bringing the best display tech TVs have to offer to the gaming crowd.

It’s important to remember that Nvidia never released an RTX 2050, and although AMD released an RX 5500 XT, the companies’ current-gen lineups suggested these types of budget-focused cards wouldn’t be part of the range. The RTX 3050 and RX 6500 XT are set to arrive later in January, priced at $249 and $199, respectively.

That’s not the price you’ll pay, of course, as the GPU shortage continues to double the cost of graphics cards in a lot of cases. But all of the options around this price have been graphics cards from a few years ago, like the GTX 1660 Super, which is selling for over $550 on eBay (it launched in 2019 for $229).

If nothing else, the RX 6500 XT and RTX 3050 offer gamers a current-gen card so the price gouging doesn’t hurt as bad. We’re still in price denial that a $200 card is actually worth $400, but that’s just where graphics cards are at right now.

Samsung also showed off its Flex Note foldable laptop, and Intel released a foldable screen spec as part of the next generation of Intel Evo. The Zenbook 17 Fold isn’t a product, it’s a sign that foldable laptops are coming soon, and that they could shake up the mobile market over the next few years.

That’s still far out, though. Foldable laptops are experiencing the same growing pains that the mobile market endured a few years, and frankly, there’s still a long way for foldable displays to go as a whole. The Zenbook 17 Fold is one of the biggest computing announcements of CES 2022 for no other reason that that it shows where designs are headed.

Rounding out our list is Samsung’s ARK gaming monitor, which earned our best of show award for CES 2022. Why? Well, it’s an OLED gaming monitor that actually works like a monitor. It has an ergonomic stand like you’d find on any normal gaming display that enables the massive 55-inch screen to go completely vertical.

That’s the elevator pitch —  a 55-inch monitor that can go vertical — but the ARK offers much more. It marries the best features of TVs and gaming monitors, single-handedly solving the strange crossover problem we’ve seen between monitors and TVs over the last few years. It’s the ultimate gaming monitor, and the vertical view is just the cherry on top.

Part of the reason why is that the ARK is great in its normal horizontal orientation. The included wireless dial allows you to swap between screen sizes and resolutions, so you can pop up a 32:9 super ultrawide game on the bottom and use the top for a web browser and chat app. Samsung has found its footing with ARK, bringing together the best of its TVs and gaming monitors into a single display.