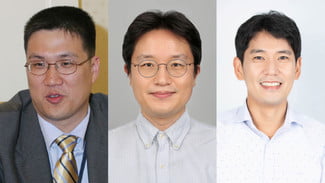 Samsung has just revealed the world’s first in-memory computing based on MRAM (magnetoresistive random access memory). The team described these innovative findings in a paper published by Nature.

In the press release that describes Samsung’s research, the company explains that memory chips are typically used for storing data, while data computing is executed in separate processor chips. Iin-memory computing is a technique that performs both tasks within a memory network.

Using in-memory computing allows for processing large amounts of data that is stored within the memory network itself. This means that data doesn’t need to be moved and it is processed in a parallel manner, resulting in faster transfer speeds and a substantial reduction in power consumption.

In-memory computing has been attempted with the use of other no-volatile memory types, in particular resistive random access memory (RRAM) and phase-change random access memory (PRAM.) However, the use of MRAM has proven difficult, and Samsung explains that this is due to the low resistance of this memory type. When used in the standard in-memory computing architecture, MRAM doesn’t benefit from the desired power reduction.

Despite the difficulties, MRAM continued to be an attractive option for in-memory computing due to its various benefits, such as high operation speeds, the fact that it’s produced on a larger scale, and its endurance. This encouraged Samsung’s researchers tocontinue to pursue this technique and eventually led them to a breakthrough that makes MRAM-based in-memory computing a reality.

The research led to the development of an MRAM array chip capable of in-memory computing while addressing the aforementioned problem of low resistance presented by individual MRAM devices. The array chip was then tested by performing various A.I. computing tasks, and it performed excellently. Samsung reports that the chip hit 98% accuracy in the classification of handwritten digits and 93% accuracy in being able to tell faces apart from the scenery.

The research that led to this discovery was the result of cooperation between the Samsung Advanced Institute of Technology, Samsung Electronics Foundry Business, and Semiconductor R&D Center.

Using MRAM for in-memory computing is definitely a huge step for Samsung. This technique may be one of the most viable options for next-generation power-efficient A.I. processing. Samsung said it plans to move forward and continue building on its MRAM in-memory computing success.

These are the best Blink security cameras you can buy