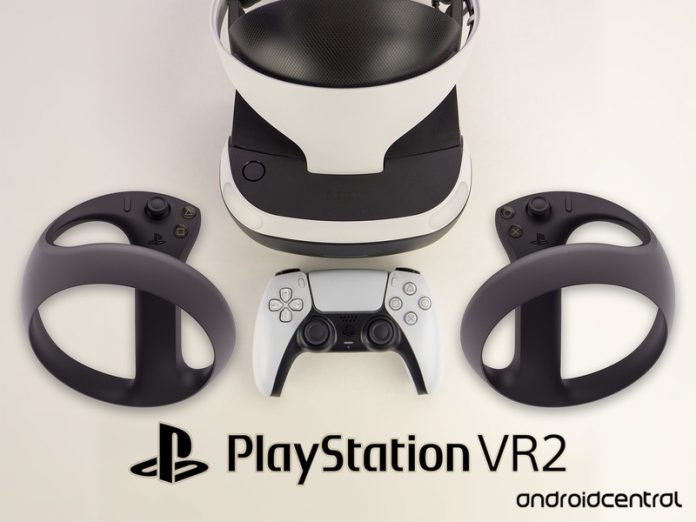 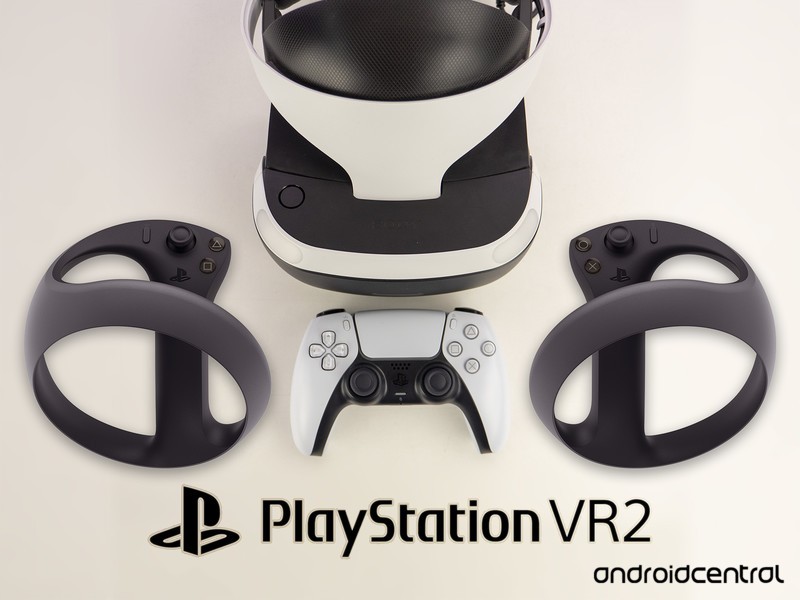 It’s the end of January and the start of a new year for PlayStation, meaning it’s full speed ahead for the company as it puts the finishing touches on what it has in store for 2022. Though its first big game, Horizon Forbidden West, won’t be out until Feb. 18, that doesn’t mean January was devoid of announcements. Sony’s gearing up with some impressive hardware and software plans for the PS5, and it began by announcing the full specs of its PS VR2 headset at CES 2022.

Elsewhere in PlayStation news, God of War finally released for PC and rumors have started to swirl about a potential new Twisted Metal game. Let’s check out everything that happened in January. PlayStation isn’t settling for second best with PS VR2. It’s clear by its specs that it will be a massive upgrade from PSVR, which I can only describe as archaic from the research I’ve done on virtual reality recently. It’s honestly shocking that Sony put out a VR headset so inferior to the rest of the market back in 2016 and somehow made it work. The PlayStation Move controllers weren’t even originally designed for PSVR, and yet still managed to work.

Thankfully, the new PS VR2 Sense controllers look to be a huge improvement:

It’s great to see Sony getting serious about VR. Whether people love it or hate it, there’s a lot of potential in the market and you don’t see that potential reached through half-assed VR headsets. PS VR2 could give PC headsets a run for their money, especially because it can leverage the power of the PS5, but only time will tell if it stacks up against the best VR headsets out there.

Horizon Call of the Mountain could revolutionize console VR… maybe 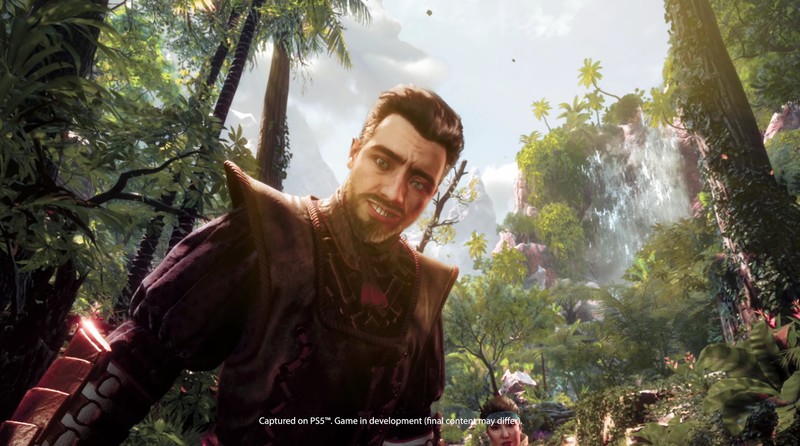 Alongside the reveal of PS VR2, Sony announced that Guerrilla Games was teaming up with Firesprite for a brand-new adventure set in the Horizon universe, this time bringing the game to virtual reality. Horizon Call of the Mountain stars a new character, though Guerrilla says we’ll be meeting some familiar faces along our journey, like Aloy. It’s hard to tell just what players will be doing and what their objectives will be, but given Sony’s commitment to VR, it bodes well for Horizon Call of the Mountain.

And even if it’s not something that we expect, we’ll still be able to see those machines up close and personal. So that’s pretty cool.

God of War brings a father and son to PC 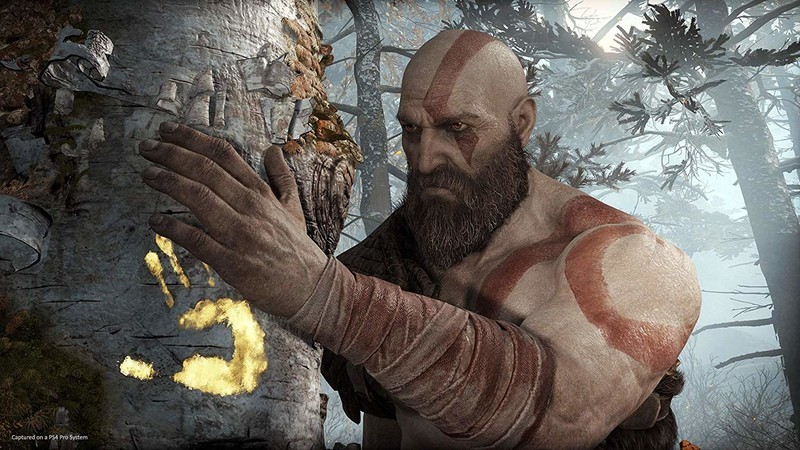 God of War is easily one of the most acclaimed games on PlayStation 4, so it only makes sense that with Sony’s newfound interest in PC, it would be a prime candidate for a Steam release. While Horizon Zero Dawn previously has the most concurrent players for a PlayStation PC port at over 56,000, God of War blew it out of the water and peaked at nearly 74,000 concurrent players, according to SteamDB. It’s an impressive number and shows just how eager fans are to get their hands on some of PlayStation’s biggest games, even if they’re a few years old.

This certainly won’t be the last PlayStation exclusive to come to PC. I know fans have been begging for Bloodborne on PC for a while now, and though there’s been no word on whether that will happen, I’d say it’s a lot more likely now than it was a year ago. Personally, I think it’d be nice to see Ghost of Tsushima hit Steam, although the Uncharted: Legacy of Thieves Collection will most likely hit first. In one of the biggest gaming acquisitions to ever take place, Microsoft announced its intent to acquire Activision Blizzard for nearly $69 billion, dwarfing its purchase of Zenimax for a measly $7.5 billion. To put that into perspective, Sony’s biggest developer acquisition for PlayStation was Insomniac Games at just $229 million. Sony’s been fairly quiet about the Activision deal, only telling The Wall Street Journal that it expects “Microsoft will abide by contractual agreements and continue to ensure Activision games are multiplatform.” Though it’s unclear which games will eventually stay multiplatform or become exclusive to Xbox (although reports say at least the next few Call of Duty games will come out on the PS5), PlayStation’s relative silence to many of Microsoft’s biggest announcements has been deafening.

PlayStation may have spokespeople give out boilerplate statements, but it hasn’t responded in any tangible, meaningful way yet. Its supposed Game Pass competitor, Project Spartacus, is still being kept under wraps for now, and aside from some smaller studio acquisitions, it’s purchased nothing on the scale of Zenimax or Activision.

I’m not exactly worried about PlayStation’s first-party portfolio (Wow, that’s a weird thing to say looking back even five years ago at where Sony and Microsoft were), but it’s quickly falling behind what Xbox can offer. Uncharted: Legacy of Thieves Collection bundles up Uncharted 4 and The Lost Legacy DLC, remastering them for PS5 with framerate enhancements and DualSense haptic feedback support. They may already look amazing on PS4, considering neither is that old (Uncharted 4 came out in 2016), but the enhancements are welcome nonetheless.

Whether they’re worth the money is another question entirely. I think most people will be happy playing their PS4 versions on PS5, so it’s probably not a necessary upgrade. But for people who don’t have Uncharted 4 or The Lost Legacy yet, the bundle is a good way to start your adventure. Fans of the Twisted Metal series may have something to look forward to. According to a source speaking with VGC, a revival is in the works at Lucid Games, the developer behind Destruction All-Stars. It being a vehicular combat game, it fits with what Lucid has experience in.

Sources claim that the new Twisted Metal would be free-to-play, taking cues from Destruction All-Star’s launch into PS Plus and the success it saw from that. The release is expected to coincide with the Twisted Metal television series set for 2023.

A bright year ahead

PlayStation seems to be going full steam ahead with PS VR2 and its television/movie productions. We’ll have to wait and see what those have in store for us (fingers crossed the Uncharted movie is good), but regardless, we have plenty of awesome games to look forward to like Horizon Forbidden West and God of War Ragnarok. Until next time 👋