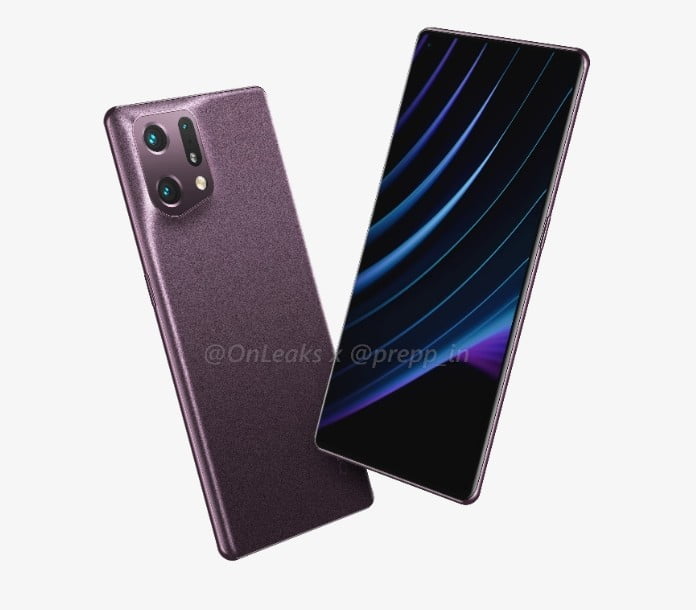 Oppo’s flagship Find X3 Pro was released in March 2021 to great reviews. Now, the next device rumored to be the Oppo Find X5 Pro is expected to release this March. Sources have suggested that it will be powered by the Snapdragon 8 Gen 1 processor, which is Snapdragon’s most powerful processor yet.

Interestingly, it seems likely that there will be no Oppo Find X4 Pro as the number 4 is not considered to be lucky in Chinese. The number is considered to be nearly homophonous to the word “death” in Cantonese. The details of the upcoming handset were leaked by Digital Chat Station and Abhishek Yadav, two well-known tipsters in the digital arena. Meanwhile, a tipster called OnLeaks, shared the first photos of the phone below.

An image of the Oppo Find X5 Pro that was revealed by “OnLeaks” on behalf of prepp.in

The leaked details have revealed that the smartphone will have a QHD+ display with a 120Hz refresh rate, which is standard for most flagship phones. The colors of the model are unknown at this point. However, the device is expected to feature a triple camera array at the back. The main camera would have a 50-megapixel sensor, and the ultrawide camera next to it will have the same sensor resolution. The leaks revealed that the 50MP cameras would be Sony IMX766 sensors, which also powered the Realme GT 2 and Xiaomi 12 ranges of smartphones. The final rear camera will top out at 13MP. A 32MP selfie camera will complete the camera array.

The phone will have a 5,000mAh battery coupled with 80 watts of fast wired charging, as well as 50W of fast wireless charging, It hasn’t been revealed yet if there will be multiple variants and we don’t know pricing either.

Oppo earlier announced several new products at the “Oppo Inno Day” event in mid-December 2021. The company officially integrated with OnePlus last year, and the pair are currently working on a wide range of devices. Additionally, their respective operating systems, Oxygen OS and Color OS, will have their own branding, but they will have the same code and be developed by the same unified team. All this means that the new features and software we get on the Oppo Find X5 Pro are likely to come to the next OnePlus flagship device as well.