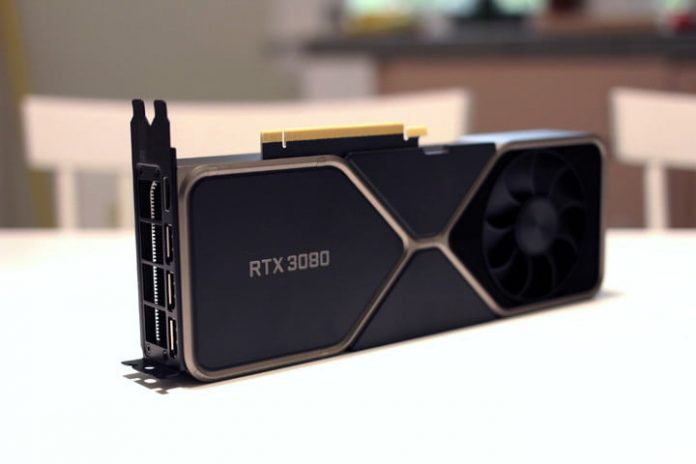 Nvidia quietly released an update to its wildly popular RTX 3080. It’s not too big of an improvement, adding an extra 2GB of video memory and a slight bump in core count. Now that we’ve had a chance to test out the 12GB RTX 3080, we’re going to see how it stacks up to the original model.

It’s no secret that the RTX 3080 is one of the best graphics cards you can buy. If you want to see why it was so impressive when it launched, and why the updated 12GB struggles to stack up, make sure to read our full RTX 3080 review.

The 12GB RTX 3080 is an oddity. Nvidia didn’t formally announce it, instead silently launching the card in January 2022 — a week after announcing two other GPUs at CES. Unlike the 10GB model, Nvidia didn’t make a reference or Founder’s Edition model, and the company didn’t set a list price.

All we have to go on are the prices listed at retailers. The cheapest 12GB RTX 3080 models are around $1,249 — even more expensive than some RTX 3080 Ti models. On the high end, the cards scale up to $1,600. Many GPU manufacturers haven’t set list prices yet, though, patiently waiting to see what the cards sell for on the secondhand market.

Early signs show that cards are selling for a lot.  We’re seeing pricing between $1,500 and $1,800, which is quite a bit higher than the 10GB model. We may not have a list price for the 12GB RTX 3080 to compare to, but across retailers and the secondhand market, it’s selling for much more.

For availability, both cards are out of stock like the vast majority of GPUs. There are many more 10GB RTX 3080 models available, but most of them are over a year old. It’s tough to say if the larger stock of the 10GB model or the newness of the 12GB model is better for availability, but regardless, both cards are hard to find for a reasonable price.

Between the 12GB RTX 3080 and 10GB model, specs matter most. These are positioned as the same graphics card, with only minor differences between the two models. The starkest change is the extra 2GB of GDDR6X video memory on the 12GB model, but there’s a little more going on.

In addition to the extra video memory, the 12GB model features a 384-bit memory bus. Together, that increases the effective bandwidth to 912GB/s, which is a solid 20% increase over the 10GB model. The 12GB model actually matches the RTX 3080 Ti with the same memory configuration and bus size.

It’s an improvement, but as you’ll see in our benchmarks below, that doesn’t make a huge difference. Games have a hard time saturating the bandwidth of the 10GB RTX 3080, even at 4K. When it comes to performance improvements, the extra memory and bandwidth only matters when those areas are saturated, and most modern games don’t get anywhere close.

The more important changes come in cores and power, even if they’re not big. The 12GB RTX 3080 has a 3% bump in cores over the 10GB model, as well as a 30W boost to power. The extra cores bring a couple of extra ray-tracing cores, as well as a bundle of Tensor cores, though neither makes a large difference in gaming.

Although Nvidia has official specs for the 12GB RTX 3080, the company never released a Founder’s Edition or reference model. That means the listed specs are often different than what you’ll find on graphics cards you can buy. For example, the MSI Suprim X 12GB RTX 3080 includes a 180MHz boost to the clock speed and a 50W boost to power. We haven’t seen any graphics cards that go the opposite way on specs, and if they pop up, they’ll likely be small form factor or other special options.

In action, the 12GB RTX 3080 and 10GB models perform very similarly. There are differences, but throughout our testing, we found that the differences are often balanced out by other games. Here are results at 4K with the highest graphical preset using an Intel Core i9-10900K, Windows 10, and 32GB of RAM:

3DMark Time Spy shows the clearest difference between the cards, and it represents what you can expect. The 12GB RTX 3080 offers about a 6% improvement over the 10GB model, which is what you’ll find in games on average. As you can see from our other results, though, that improvement isn’t always present.

In Assassin’s Creed Valhalla, for example, the 12GB RTX 3080 was technically worse than the 10GB model (though only by a single frame). In Battlefield V, the 12GB model brought a minor 3% improvement, and Civilization VI was a few frames behind.

The only oddball in our data is Fortnite. We ran the 10GB test on an older version of the game, so you shouldn’t compare the results directly. However, we also tested the RTX 3090 with the most recent patch and only found a three-frame improvement over the 12GB RTX 3080. In a multiplayer game like this, you should expect very similar performance between the 12GB RTX 3080 and the 10GB model.

There’s a reason both of these graphics cards are technically RTX 3080s. They perform at about the same level, with the 12GB model offering an average 6% improvement across games. That may sound like a sizeable, if unexciting, improvement, but that doesn’t come out in practice. In reality, some games have a decent performance improvement while others occasionally have a deficit.

In content creation workloads, the increased bandwidth of the 12GB RTX 3080 shines more. It’s not a large enough improvement to justify spending more on the 12GB model. However, if you find both options around the same price, the 12GB model performs better.

In PugetBench for Premiere Pro, however, it was slightly worse. We’re talking about a 2% difference between the results, which is well within the margin of error. The two cards are equally matched here. Similarly, the Blender Classroom render took longer on the 12GB model, which was a result we were able to replicate across tests.

Although the 12GB RTX 3080 has better content creation performance than the 10GB model overall, the differences aren’t worth an upgrade. If the 10GB RTX 3080 won’t cut it for you, we recommend upgrading to the RTX 3080 Ti or RTX 3090. They’re more expensive, but they also offer much clearer performance benefits.

It’s hard to compare the 12GB RTX 3080 to the 10GB model because there isn’t a firm price on either. A 5% improvement means nothing, positive or negative, unless it’s balanced with price. If the 12GB model was $100 cheaper, for example, the 5% performance uplift would make it one of the best graphics cards you can buy.

Based on the GPU market in 2022, the 12GB model should sell for a lot more than the 10GB one, and there’s not enough of a performance improvement to justify upgrading. If the cards continue to sell for the prices they’re at now, the 10GB RTX 3080 will be the better deal every time.

That said, it’s possible you’ll be in a situation where the 12GB RTX 3080 is all that’s available. We wouldn’t recommend chasing it over the 10GB model. However, both cards perform excellently and within a few percentage points of each other, so it comes down to which card you can find, and at what price.