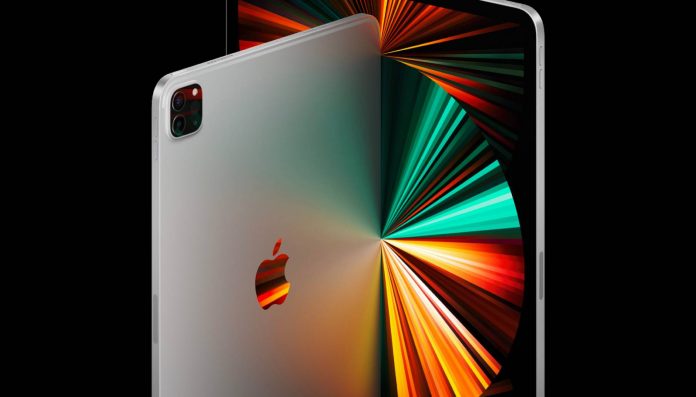 Bloomberg’s Mark Gurman and Debby Wu last year reported that Apple had tested a new iPad Pro with a glass back for wireless charging capabilities. In a recent edition of his newsletter, Gurman said he expects the new iPad Pro to be released in 2022.

While the new iPad Pro is still on track to feature wireless charging, 9to5Mac’s Filipe Espósito today reported that Apple may have ultimately scrapped the glass back design after testing due to concerns over breakability. Citing sources familiar with Apple’s design plans, the report claims that Apple has developed iPad Pro prototypes with a larger Apple logo made of glass, which would still allow for wireless charging.

One of the prototypes is said to feature MagSafe with stronger magnets than on the iPhone to prevent accidental damage, and it is also said to support faster wireless charging speeds compared to MagSafe on the iPhone.

Given that Apple prototypes several products internally, there is no guarantee that the iPad Pro with a glass Apple logo will ever be released, but rumors do seem to agree that the next iPad Pro will have a new design of some kind to enable wireless charging. A more specific release date for the device beyond the 2022 timeframe remains unclear.Related Roundup: iPad ProTag: 9to5mac.comBuyer’s Guide: 11″ iPad Pro (Neutral), 12.9″ iPad Pro (Neutral)Related Forum: iPad
This article, “Next iPad Pro Might Feature Large Glass Apple Logo to Allow Wireless Charging” first appeared on MacRumors.com