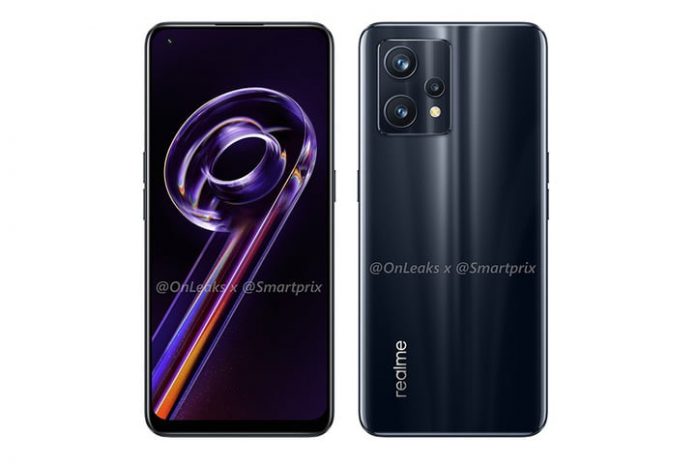 While most smartphone enthusiasts in the West seem to focus on brand rivalries between giants like Samsung and Apple, unbeknown to them, Chinese smartphone brands Redmi and Realme have been fighting a similar battle for market domination in the affordable segment. For smartphone enthusiasts from China, India, and the rest of Asia, this battle has been as exciting a spectacle to witness and just as famous as the Apple-Samsung rivalry.

This rivalry is best exemplified by the game of one-upmanship that Redmi and Realme have been playing against each other using their Redmi Note and Realme series. Currently in its 11th generation, the Redmi Note 11 series from Xiaomi launched in China a few months ago and is expected to see a wider global launch later this month. Not to be left behind, the Realme 9 series, Realme’s answer to the Redmi Note lineup, is also likely to be launched in the next few weeks — which we know about thanks to a series of recent leaks.

It’s make or break for Realme

The Realme 9 series is an especially important device from Realme’s 2022 portfolio. Its predecessors — the Realme 8 Series, lacked the tooth (and hardware specs) to rival last year’s Redmi Note 10 series. The latter is famous for single-handedly bringing AMOLED panels and high refresh rate displays at ludicrously affordable prices, even surprising the usually competitive Realme in the process. This time around, because Redmi has already launched the Note 11 lineup in China, Realme has the second-mover advantage, and the Realme 9 lineup seems to be an evenly matched, more potent challenger to the Redmi Note 11.

Tell us the specs already!

Thanks to the good folks at Smartprix, who collaborated with Onleaks to reveal key specs of the Realme 9 series, we know that there will be two variants of the lineup called the Realme 9 Pro and the Realme 9 Pro +. In addition, the company may also launch a vanilla model — the Realme 9 — a few months down the line, but we do not have any information about that device yet.

The Realme 9 will get the Snapdragon 695 5G chipset from Qualcomm and will be offered in 6GB and 8GB RAM options. Internal storage will top out at 128GB. It is unclear if the phone will get a microSD card slot.

We also know that the Realme 9 Pro will get a 6.59-inch display (likely an LCD) that will also support a 120Hz refresh rate. To alleviate previous concerns of Realme phones getting lower battery capacities compared to their Redmi-branded rivals, the Realme 9 Pro also gets a 5,000 mAh battery with support for 33-watt fast charging.

The camera setup reportedly consists of a triple camera array that gets a 64-megapixel primary sensor along with an 8MP secondary camera (possibly ultrawide) and a 2MP depth or macro sensor.

Next up is the Realme 9 Pro+, which appears to be the smaller of the two variants but will almost definitely boast superior hardware. This one gets a smaller 6.43-inch AMOLED display, and even more strangely, a lower refresh rate (90Hz) compared to the 120Hz LCD panel on the standard variant. The AMOLED panel will also let Realme integrate an under-display fingerprint scanner on the Realme 9 Pro+.

This phone is rumored to get the powerful MediaTek Dimensity 920 5G processor, an improved variant of the Dimensity 900 from 2020. In addition, the Realme 9 Pro+ will be offered with up to 8GB of RAM, and there will be a rumored 256GB variant on the cards as well. The triple camera array will integrate a 50MP, 8MP, and 2MP camera, but it will also feature better sensors than the ones on the Realme 9 Pro. The smaller size of the Realme 9 Pro+ also means it gets a smaller 4,500mAh battery, but with support for faster 65W charging.

Indications are that Realme will bring the Realme 9 lineup to India first — quite possibly in the next few weeks. The company may follow it up with a wider launch across the rest of Asia, China, and Europe over the next two months. As always, Realme has no plans to launch these devices in the U.S.