HomeNewsIs the M1 Max is worth the $400 upgrade in the MacBook...
News 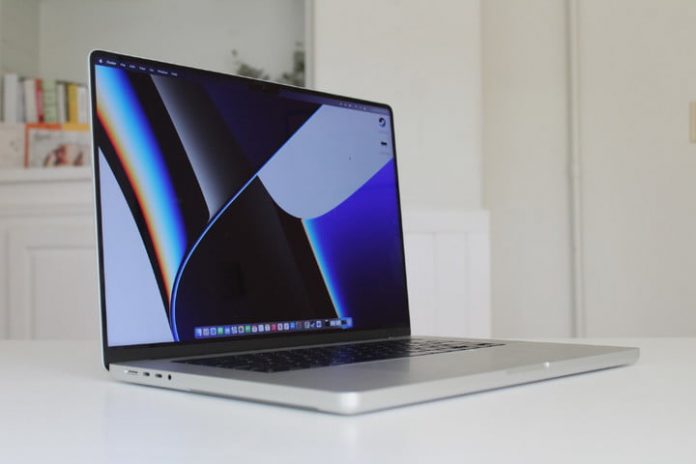 The latest MacBook Pros make some ambitious claims about performance, specifically in the graphics department.

Your options are a 16-core, 24-core, or 32-core GPU. I thoroughly tested the 16-core option, known as the “M1 Pro,” in our MacBook Pro review, but I recently had a chance to put the 32-core M1 Max through its paces. It represents the most powerful graphics ever put in a MacBook Pro, but is it really worth the extra $400 it costs to configure it? Here’s what happens when you compare the M1 Max vs. M1 Pro in real-life testing.

How powerful is the M1 Max?

From the beginning, Apple claimed the M1 Max was twice as powerful in the graphics department as the M1 Pro. There’s a caveat there, of course, since there are two configurations of the M1 Max. You can opt for the 24-core option for $200 over the base configuration, or twice that for another 12 cores of GPU strength.

All of that seems priced correctly — so long as the performance holds evenly as you scale up the graphics toward that top configuration. In other words, is the 32-core M1 Max really twice as powerful as the M1 Pro?

In terms of pure graphics performance, it gets close. The problem is that not many workflows or applications depend only on graphics. If you’re comparing apples to apples in terms of processors, you’re not going to see twice the performance when you upgrade your graphics.

Video editing is a good example of a workflow that relies equally on the power of both the CPU and the GPU, depending on what specific task you’re testing. The Adobe Premiere PugetBench test benchmarks a number of tasks to show how a system balances performance between both components. Both systems were tested with 32GB of Apple’s unified memory.

In terms of its overall score, the M1 Max was only 16% higher than the M1 Pro. That might not sound like a lot, but a score of 1,167, which is what the M1 Max MacBook Pro achieved, is still the highest score I’ve ever recorded in this test on a laptop by a mile. To put it in context, it’s also a 58% higher score than the M1 Mac Mini.

When you dig into the individual tasks that PugetBench tests, though, you can see where the M1 Max’s strengths lie. It scores 40% higher in applying GPU-based effects than the M1 Pro — 58 versus 35. That GPU score also beats the RTX 3060 in the Dell XPS 17 and MSI Creator Z16, as well as the RTX 3070 in the Razer Blade 14. The RTX 3070 in the Lenovo Legion 5 Pro was the only competing laptop to beat the M1 Max MacBook Pro in the GPU score.

It’s 12% faster at video playback, and 21% faster at timeline exports. Video playback is by far the biggest video editing strength of Apple’s M1 Pro and M1 Max, thanks to the superiority of its media playback engine. This is an area where options on the Windows side of the fence struggle to compete.

So no, we’re not seeing twice the scores across the board in video editing. Still, 21% faster exports are nothing to sneeze at.

Very few people are buying the MacBook Pro for its gaming capabilities. And yet, gaming is a great way to test the raw graphics capabilities of the M1 Max. It’s hardly a legitimate gaming laptop, but it’s here where the M1 Max gets close to delivering Apple’s promise of twice the graphics performance.

In the Shadow of the Tomb Raider benchmark, the M1 Max delivers 84 fps (frames per second) at the Highest graphics settings in 1900 x 1200 resolution. That’s impressively smooth gaming on a MacBook Pro. More importantly, that’s over twice the frame rate of the M1 Pro, which averaged just 40 fps. The game even played fairly smoothly at the max 3,000 x 2,000 resolution at 43 fps at the highest settings. That’s not something any MacBook Pro of the past was able to pull off.

That’s also significantly better performance than the Surface Laptop Studio, with its RTX 3050 Ti. That device averaged 44 fps in the same game at the highest settings.

While that’s far from a definitive statement on the MacBook Pro’s gaming performance, it should give you an idea of what to expect.

It should also be noted that you’ll likely see better performance out of a more powerful gaming laptop, especially one that comes with the new Nvidia RTX 3080 Ti. Nvidia recently claimed that its RTX Studio Laptops with an RTX 3080 Ti were up to seven times faster than the M1 Max at 3D rendering. Clearly, if you want the most powerful mobile GPU for raw graphics performance, a Windows laptop with a high-end discrete graphics card is still the way to go.

For most people, no. Unless you plan to use the graphics capability of the M1 Max, it won’t do you much good in your day-to-day work activities. The MacBook Pro is likely overkill in general if your workflow doesn’t move beyond your web browser and a handful of basic applications. In that case, the M1 MacBook Air will be a far better value.

However, if you’re considering the choice between the M1 Pro MacBook Pro and M1 Max MacBook Pro, you’re talking about adding an extra $400 to an already very expensive laptop. However, charging $400 for a more powerful graphics card in a laptop isn’t unheard of. Razer charges $400 to upgrade from an RTX 3060 to an RTX 3070 on its Razer Blade 15, though Dell only charges $250 for the same upgrade in its Alienware m15.

Moving from the M1 Pro to the M1 Max isn’t a no-brainer. If you’re a video editor, you’ll see a decent performance bump with the M1 Max, but it might not be as noticeable as you hoped. The M1 Pro is already a great chip for video editing, and the gains from the M1 Max are primarily around export speed.

If you use any kind of 3D application, though, that’s where the M1 Max is a must-have. The significant increase in GPU cores can make a huge difference in how capable the MacBook Pro is at 3D modeling, rendering, animating, and even gaming.