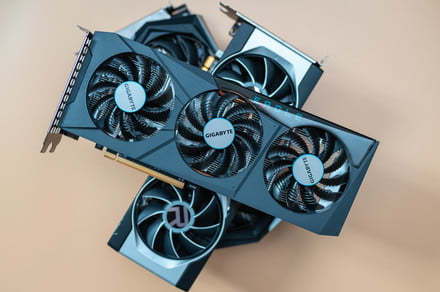 The past two years have been brutal for anyone hoping to buy a new GPU, but there appears to be a light at the end of the tunnel based on two major signs that GPU prices may fall over the next few months.

Crypto is crashing, along with GPU prices

As first reported by Tom’s Hardware, GPU prices dropped as the value of crypto dropped. Bitcoin and Ethereum have been on a steady decline for the past few weeks, with a huge drop-off in the past couple of days.

🚨The Crypto crash has wiped out &gt;$1 TRILLION in market value https://t.co/fULNYkVjto

Comparing the average price for GPUs on eBay from late December and last week, prices for GPUs fell on average at least 5%. The RTX 3090, RTX 3080 (10GB), and RX 6600 all fell a whopping 10%. This is all before the latest crash in crypto prices.

Along with the fall in prices, most GPUs also sold fewer units. In theory, this shows a waning interest from crypto miners. Most of the cards saw somewhere around a 10% decline in sales, but the RX 6800 saw a whopping 65.4% reduction in sales.

The hope is that GPU prices will fall at a similar rate as crypto mining becomes less appealing.

A number of insiders say the GPU shortage should stabilize, with a shift expected in summer 2022, according to Wccftech.

The GPU shortage is partly because of a squeeze on ABF substrate, a film-like insulation that helps protect fragile components that are necessary for the production of hardware like GPUs and CPUs.

There has been an ongoing shortage of the material for years, and that was exacerbated by the COVID-19 pandemic as demand for computers ramped up. ABF substrate is primarily manufactured by Ajinomoto Fine-Techno Company, and the industry’s dependence on this single entity has contributed to the ongoing shortage.

AMD and Intel are seeking new substrate partners to kick production back into high gear.

If all goes well, we could see millions of units launching in 2022. A combination of declining interest in crypto and more available units should make GPUs affordable again and put them in the hands of general consumers.