HomeNewsIntel may be working on specialized chip for mining Bitcoin
News

Intel may be working on specialized chip for mining Bitcoin 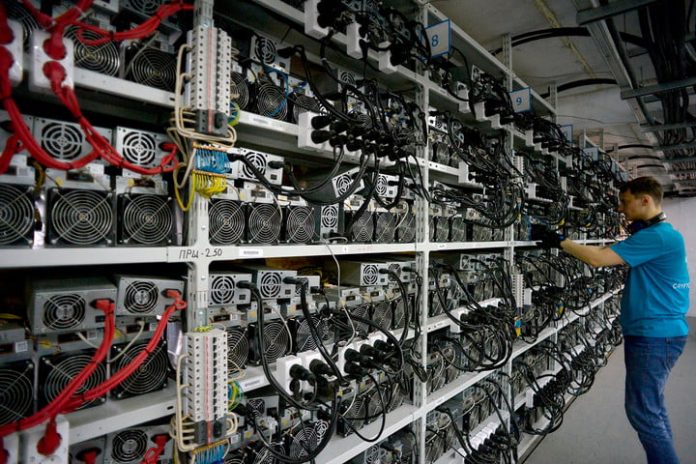 Bitcoin mining is a controversial topic, but it seems that Intel may join the fray by releasing a chip designed specifically for that.

According to the latest rumors, Intel may be about to unveil a “Bonanza Mine” chip. The powerful chip would be used only for crypto mining and wouldn’t present any value to casual users.

Often, it’s graphics cards that are associated with mining cryptocurrency. In fact, many attribute the ongoing GPU shortage , in part, to Ethereum mining, as the cards sell out before any regular users can get their hands on them. However, the rumors suggest that Intel may be working on a specialized mining chip it refers to as Bonanza Mine.

Tom’s Hardware has suggested that Intel may be unveiling the chip during the International Solid-State Circuits Conference (ISSCC), which will take place in February. The conference is centered around solid-state circuits and systems on a chip (SoCs.) Intel is scheduled to deliver a presentation in the Highlighted Chip Releases category, with the purpose of showing the new Bonanza Mine processor.

The processor is described as an “ultra-low-voltage, energy-efficient Bitcoin (BTC) mining application-specific integrated circuit (ASIC),” and it seems like it may signal a new step into mining hardware for Intel. The company may be looking to compete against similar ASICs, such as those made by Bitmain, in a sector of the market that centers around Bitcoin mining.

While it may be the graphics cards that get the bad rep, Bitcoin is usually mined on ASICs: Specialized chips designed to only perform one specific task. As companies like Bitmain have proven, ASICs are able to deliver the power required for mining at a lower cost.

It’s worth noting that the cost reduction comes in the form of higher efficiency and lower power requirements of the ASICs in question. When it comes to purchasing one of them from companies like Bitmain, both the price and the delivery times are quite high. A quick glance at Bitmain’s website shows dozens of ASICs, with some priced at well over $10,000.

As Tom’s Hardware reports, Intel’s interest in Bitcoin mining is not new. The company patented a specialized SHA 256-optimized ASIC in 2018 that was aimed at mining Bitcoin. Although Intel hasn’t revealed much since then, it seems that the chip may have been in the works this whole time, and the company may be getting ready to present it.

The theory that Intel may be working on Bitcoin mining hardware is given more credibility by a recent interview with Raja Koduri, Intel’s Systems and Graphics architect, senior vice president, and general manager. In a conversation with streaming personality DrLupo, Koduri talked about Intel’s upcoming Arc Alchemist GPUs. He has also made mention of Intel’s plans to “share some interesting hardware” designed for more efficient blockchain validation that would come at a much lower cost.

Intel will soon release its new discrete Arc Alchemist gaming GPUs. The company has made it clear that it won’t restrict mining on these cards, but it would prefer if the cards went to gamers instead of miners. However, it’s also clear that Intel may support the idea of Bitcoin mining to the point of creating specialized hardware for it.

Compared to companies like Bitmain, Intel may have the upper hand when it comes to producing these specialized ASICs. While it’s unclear whether Bonanza Mine is being prepared as a product to be released to customers or not, Intel has the connections required to produce it in a more efficient (and perhaps cheaper) manner. If Intel’s plans for high efficiency and low power work out as intended, this could be a lucrative gem of a chip in a previously untapped market.