HomeNewsHere's all the machines in Horizon Forbidden West (that we know of...
News 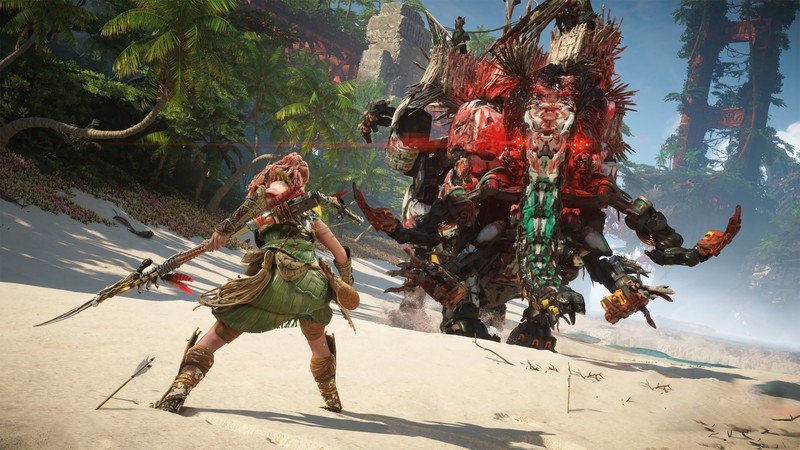 New areas to explore and new machines to discover.

One of the biggest, most beautiful games revealed during Sony’s PS5 showcase The Future of Gaming was Horizon Forbidden West. This ambitious sequel to Horizon Zero Dawn is being developed by Guerrilla Games, which uses the Decima engine and the newfound power of the PS5 to great lengths. It will undoubtedly become one of the best PS5 games when it releases.

The world of Horizon Forbidden West is one of mystery, and one of the highlights is the different machines that roam, fly, or swim through the world. As Aloy travels into what was the Western U.S., she’s going to discover plentiful machines, both new and returning forms. Here’s the complete list of machines in Horizon Forbidden West that we know so far.

In the original Horizon Zero Dawn game, machines were separated into four classes. However, players couldn’t see what classes they were sorted into. We assume these same categories (and maybe more) will exist in Horizon Forbidden West. They are as follows: The first new type of machine introduced, Bristlebacks, are powerful Acquisition Class machines that look like warthogs, especially with dangerous tusks. We first saw a couple of Bristlebacks in the announcement trailer for Horizon Forbidden West, being overridden by a mysterious hostile tribe that uses machines for war. They bear a strong resemblance to Behemoths, machines introduced in Horizon Zero Dawn with anti-gravity capabilities. Burrowers are a new kind of Recon class machine in the Forbidden West. They can emit a high-pitch noise that alerts other machines while simultaneously stunning enemies. They’re capable of swimming and, as their name suggests, can burrow underground to reappear at a new location. More machines resembling monkeys called Clamberjaws were also seen during the trailer at The Game Awards 2021. 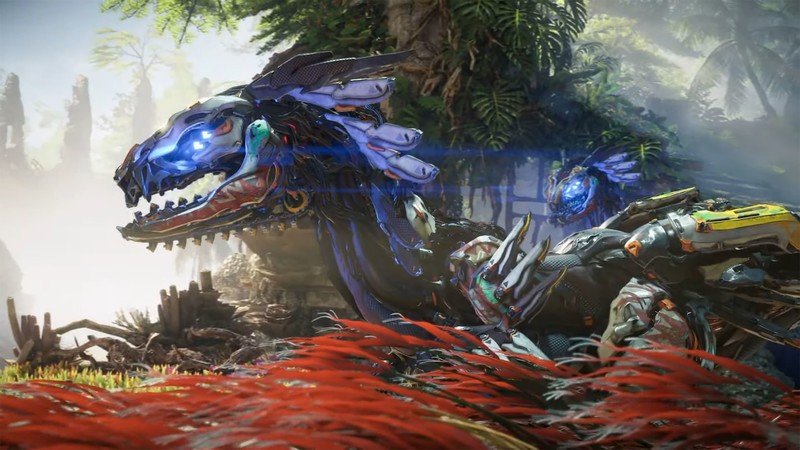 Another new type of machine life, Clawstriders, look like robot Velociraptors. They travel in packs and appear to have powerful, chainsaw-like jaws. Their name was revealed via some comics. Their machine class is not confirmed yet, though we suspect Recon Class or Combat Class. Clawstriders are some of the new machines that Aloy can override and ride. 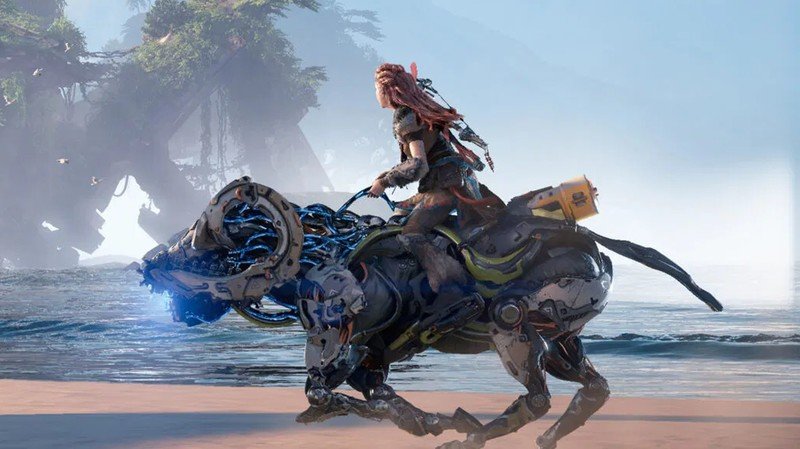 One of the machines returning from the last game, Chargers, are a smaller type of Acquisition Class machine. They’re usually found in open grassy plains and rocky areas, traveling in herds. Aloy could override them in Horizon Zero Dawn and, alongside the Broadhead or Strider, could ride them. One Charger is seen in the trailer for Horizon Forbidden West, being used as a mount by Aloy. 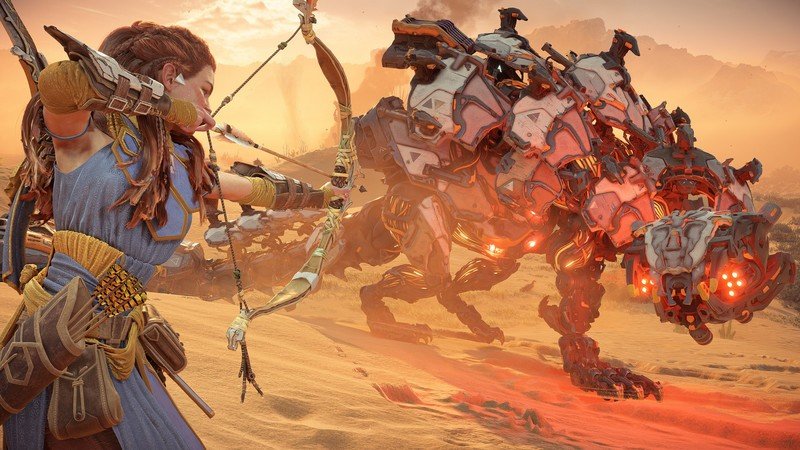 Another new machine, Rollerbacks, are vaguely armadillo-esque machines that gather armor to themselves and, appropriately enough, roll over their enemies, crushing them under heavy metal. Shellsnappers are turtle-like creatures that guard shores and swamps and are the second-ever amphibious machine we’ve seen. They appear to rest dormant for large amounts of time, allowing vegetation to grow in the mud that collects on their backs. It’s hard to say what class they belong to, but we’ll update when we learn more. 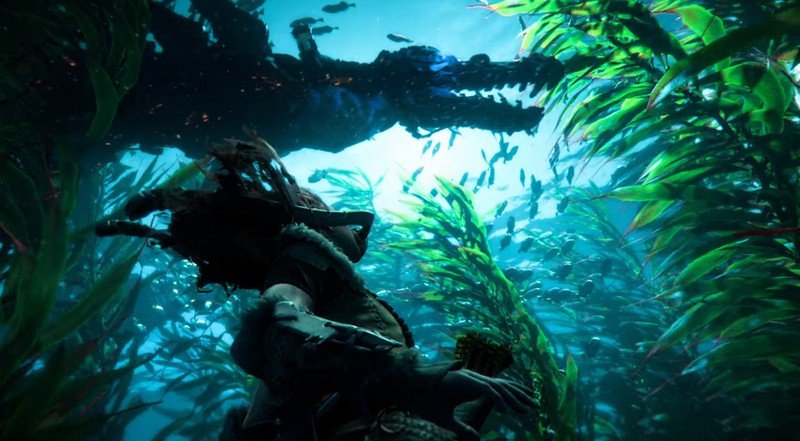 Returning in force, the crocodile-esque Snapmaws are Acquisition Class machines. Truly in their element along the coasts and waterways of the Pacific, the Snapmaw is the only known amphibious machine beside the Shellsnapper and Tideripper. Some Snapmaws even guard hidden underwater locations. The Sunwings are a new flying type that patrol the skies of the Forbidden West, traveling alone or in small groups. They bear a strong resemblance to pterosaurs. They use the solar panels in their wings to gather and store energy, enabling them to undergo long flights. They are likely Recon Class machines. 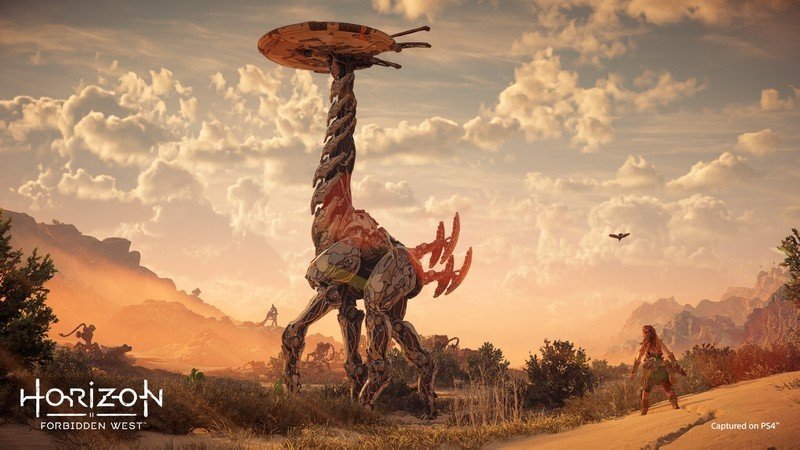 Another machine returning from the first game, Tallnecks, are rather special, being the lone machine that belongs to the Communications Class. Striding on a loop through their particular area, Tallnecks enable communication between other machines. Whenever Aloy overrides a Tallneck, she gets a map of the area. 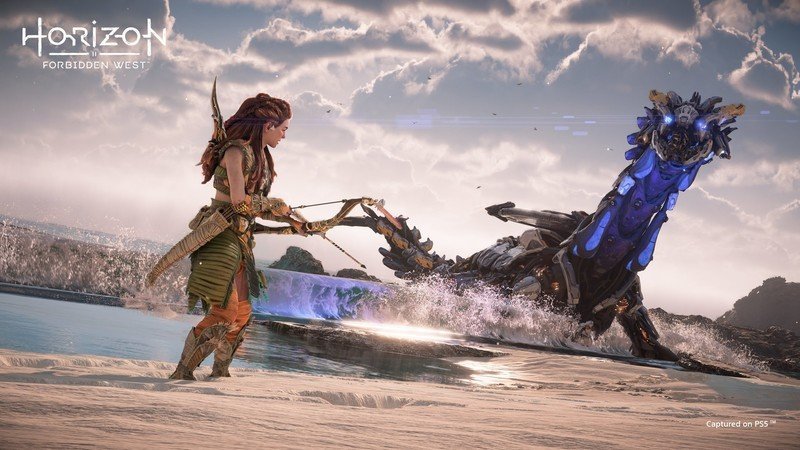 The Tideripper is a massive Plesiosaur-esque machine that inhabits the underwater portions of the Forbidden West. It’s an Acquisition Class machine that uses filters to sort through sediment for resources. Guerrilla notes that it can deliver powerful attacks on land or underwater. It’s also the third type of aquatic machine to be introduced.

Previously, before the May 2021 State of Play officially started, we caught glimpses of a new machine swimming in the ocean on the left side of the screen. It was too far away to get a lot of details, but it seemed to have a long neck in an almost Nessie-like shape. Now, it appears this machine was the Tideripper. 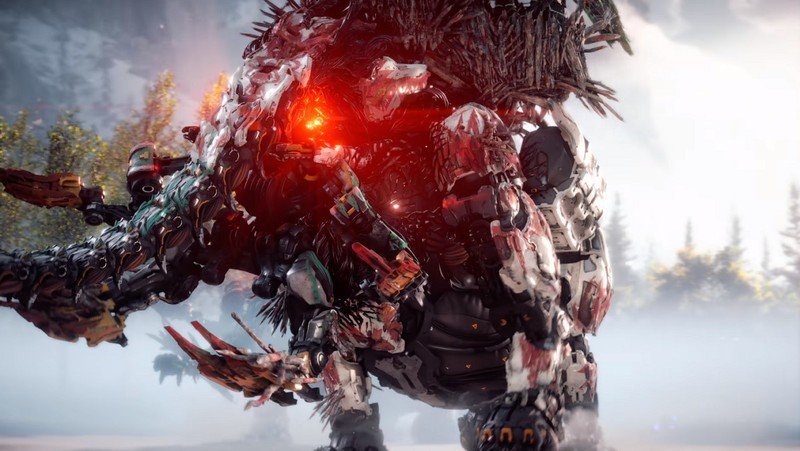 Another new machine, the Tremortusk, is a massive, mammoth-like creature described as dangerous if discovered in the wild. However, when decked out for warfare by a human tribe like the Tenakth, it becomes a huge threat. Tremortusks were explicitly designed as combat machines to keep humans from overrunning the ecosystem. This fearsome machine is packed to the brim with various weaponry, including a flamethrower in its trunk. 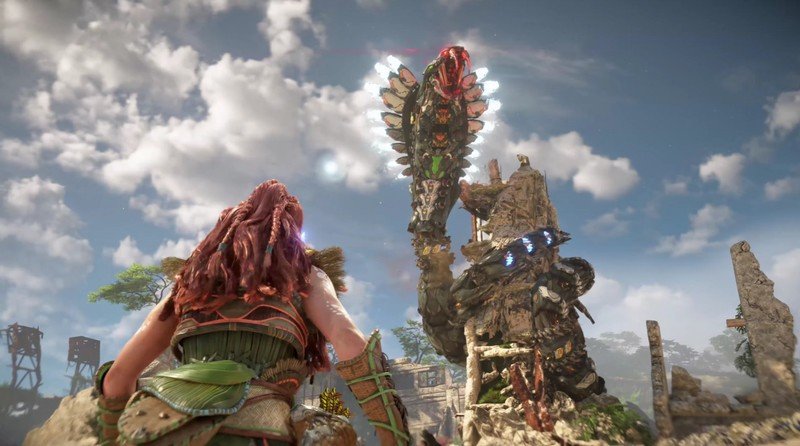 Slitherfangs are machines that resemble gigantic cobras. Slitherfangs appear to exist only for combat and can spit acid, similar to how some snakes spit venom. These machines were first spotted during a trailer at The Game Awards 2021.

According to Guerrilla Games game director Mathijs de Jonge, there are “dozens of new machines” in addition to different returning types. Each machine needs to be overridden to study and analyze its weaknesses, so there will be plenty to find.

All of the machines in Horizon Forbidden West are designed to have extended options and are, in general, a bigger threat than in the previous game. Aloy also has more options for dealing with these threats though, with new audio cues that relay particular attacks or danger to the player, per Guerrilla Games via PlayStation Blog. These come through especially strong for players using 3D audio with the best PS5 headsets.

The world of Horizon is continuing to grow, with an upcoming PlayStation VR2 game titled Horizon Call of the Mountain that could even further expand the list of known machines. New machines to take down

Aloy is back and better than ever in her next adventure from Guerilla Games. When a plague forces Aloy to journey to the Forbidden West, she’ll uncover secrets about both the past and future of the lands. The Special Edition of the game comes with a gorgeous steelbook that collectors are sure to enjoy. Like the standard edition, the PS4 version includes a free upgrade to the PS5 version, so keep that in mind.