HomeNewsFinally, budget GPUs from AMD and Nvidia are a reality again
News

Finally, budget GPUs from AMD and Nvidia are a reality again 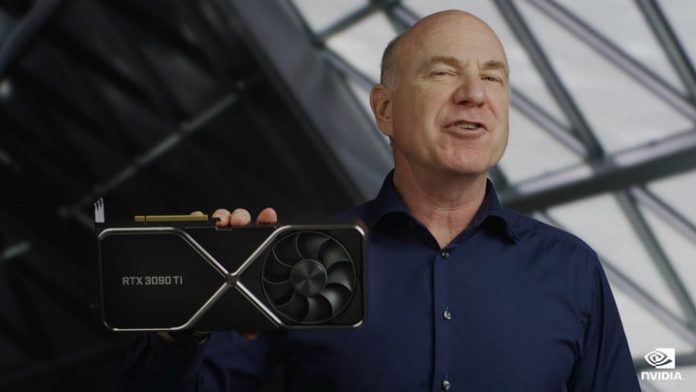 Prices of graphics cards have been going up, and over the past few generations, Nvidia and AMD have continued to distance their mainline products from their budget offerings. CES 2022 forced AMD and Nvidia to reckon with the current prices of graphics cards, and the RX 6500 XT and RTX 3050 seem like a winning pair in a time when graphics options are few and far between.

Nvidia never released an RTX 2050, at least not on desktop. The company stuck with the $329 RTX 2060 as its cheapest card from the previous generation, letting the older GTX 10-series and 16-series GPUs fill in the gap for the budget crowd. AMD had an RX 5500 XT last generation, but that was before AMD had flagships that could compete with Nvidia’s best.

Both Nvidia and AMD have had budget options over the past few years — the RX 500 cards for AMD and GTX 16-series for Nvidia — but they never matched up to the mainline cards. And going into the current generation of GPUs, it seemed that graphics cards around $200 were all but dead, with Nvidia and AMD asking higher prices and hopeful buyers happy to pay it.

At CES this year, AMD and Nvidia needed to address the GPU shortage that has left many machines with graphics cards that are woefully out of date. The answer: The RTX 3050 and RX 6500 XT. Priced at $249 and $199, respectively, these cards represent a shift back toward budget GPUs.

You’ll pay more than list price — I’ll dig into that more next — but that doesn’t mean the price is meaningless. The older RX 500 and GTX 16-series cards are still obscenely expensive on the secondhand market. The goal with these new cards, it seems, is to offer an alternative at the same price with modern features and performance.

OK, $200 is a pipe dream. At least for most of 2022, you can expect the RTX 3050 and RX 6500 XT to sell for much more than the what AMD and Nvidia announced at CES. Unless you can score a card on release day — I recommend waiting for third-party benchmarks before putting your money down — you’ll probably pay twice the list price and maybe more.

That’s reasonably unreasonable. You can’t get any current-gen AMD or Nvidia graphics card at around $400, with the budget cards I mentioned above filling in those price points. The RX 5500 XT, RX 580, and GTX 1660 aren’t bad graphics cards, but they aren’t the best options in 2022.

Performance-wise, the newer RDNA 2 architecture on AMD and Ampere architecture on Nvidia promise much higher frame rates overall, but that’s not what has me excited. The RTX 3050 and RX 6500 XT support hardware-accelerated ray tracing and, critically, the RTX 3050 supports Nvidia Deep Learning Super Sampling (DLSS).

It’s not a secret that I’m a big fan of DLSS. Since the start of GPU shortage, the problem has been that only a select few, expensive graphics cards could use it. AMD’s FidelityFX Super Resolution is an alternative, but it doesn’t look nearly as good as DLSS.

I’m not expecting earth-shattering performance out of these cards, and you shouldn’t either. But even at twice list price, the RTX 3050 and RX 6500 XT offer graphics options that are sorely lacking in the market right now. Even if performance is exactly what we expect given what we’ve seen from other current-gen options, that’s fine.

No good options, only better ones

There are no good options when it comes to the GPU shortage, unless you’re lucky enough to score a card for list price at an in-store restock. The RTX 3050 and RX 6500 XT will sell for much more than they’re worth, and in most circumstances, I wouldn’t recommend buying them at whatever price scalpers inevitably set.

I also understand the reality of a lot of PC gamers, myself included. A lot of folks have been patiently waiting to upgrade for over a year and a half, and something has got to give. The RTX 3050 and RX 6500 XT aren’t ideal options, but they’re better than cards that are multiple generations old and selling for $500 or more.

Hopefully, they’ll help with supply, too. The RX 6600 XT uses a smaller GPU to help with shortages, and you can already see that paying off. Although still expensive, a lot of RX 6600 and RX 6600 XT models sell for closer to their list price than the higher-end cards in the range. Hopefully we’ll see something similar with the RTX 3050 and RX 6500 XT.

CES 2022 was about making the most of a bad situation, and that’s true far beyond graphics cards. My hope is that Nvidia and AMD don’t forget these budget options when supply issues calm down and that we’ll continue to see GPUs around $200 for many generations to come.