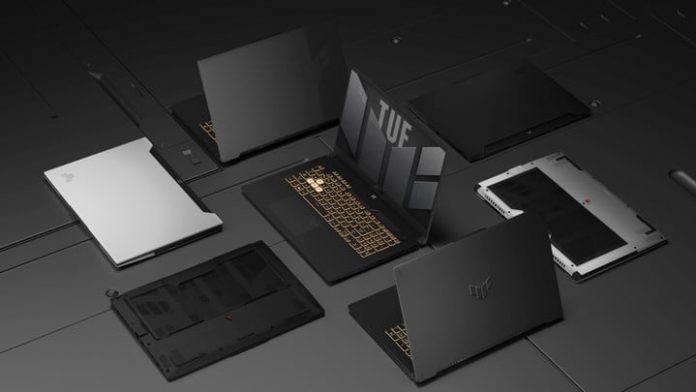 Asus has launched a slate of new budget gaming laptops at CES 2022. The trio forms part of the company’s TUF laptop lineup, which is focused on the more affordable end of the gaming spectrum.

They include the TUF Gaming F15 and F17, the TUF Gaming A15 and A17, and the TUF Dash 15. All come with new features inside and updated designs on the outside, which Asus says makes for a “more refined” look inspired by “mecha anime.” Gaming laptops aren’t exactly known for their subtle designs, and Asus’ fare is no exception, so you might find the refreshed TUF range a welcome break if you’re a little tired of LED-festooned everything.

The whole range comes with Asus’ hardware MUX switch. Rather than routing GPU frames through the CPU’s integrated graphics to save on battery life, this switch lets you flip to direct GPU throughput for better graphical performance, which Asus says translates to a 5% to 10% uptick. Unsurprisingly, Asus hasn’t mentioned the potential battery impact of using this direct mode, but we’d expect it will have you reaching for the power cable.

All three also come with a 26% larger trackpad for roomier navigation, although you’ll probably be sticking to a gaming mouse if you’re eyeing one of these primarily for gaming. Still, it’s a nice thing to have.

Performance on a budget

Rounding out the trio is the TUF Dash F15, which is the highest performing laptop of the bunch. It ups the maximum chip options to a 12th-generation Intel Core i7-12650H CPU and an Nvidia RTX 3070 graphics card, while you can kit it out with up to 32GB of DDR5 4800MHz RAM and a 4TB PCIe 4.0 SSD. There’s a Thunderbolt 4.0 port and options for a 165Hz 1440p screen or a 300Hz 1080p display. Asus says the device is thin and light, although that’s somewhat relative when we’re describing a decked out 15-inch gaming laptop.

All three devices will be available in the first quarter of 2022, with pricing yet to be announced.