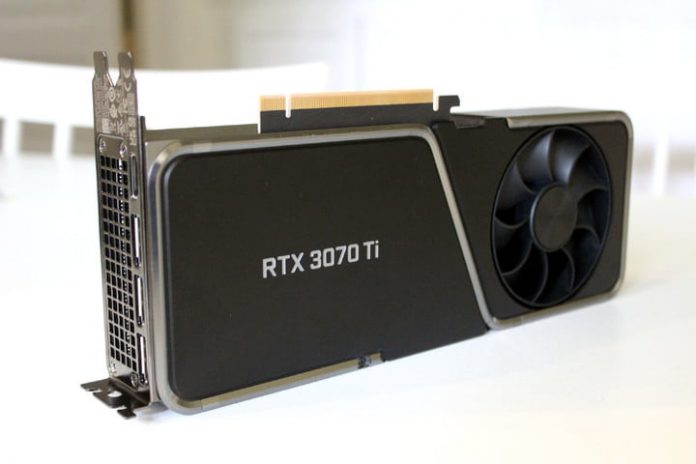 According to an Eurasian Economic Commission (EEC) listing, the company is also preparing a launch for the previously rumored RTX 3070 Ti 16GB GPU.

Nvidia already announced its powerful RTX 3090 Ti 24GB at CES 2022, but we have additional confirmation that the upgraded GeForce RTX 3070 Ti 16GB is also on the way. Gigabyte is not the only manufacturer that verified the existence of the latter video card; Asus also mentioned the graphics card in another EEC listing.

As for the technical specifications of the RTX 3070 Ti 16GB model, the GPU reportedly offers 6144 CUDA cores, 192 tensor cores, 48 ray tracing acceleration cores, and 16GB of GDDR6X memory that can be clocked at 19 Gbps. The dual-slot card also features a 256-bit memory interface and a frequency of 1575MHz that can be boosted up to 1770MHz.

EEC leaks are usually an indication that a product is set to be released in the near future. However, as pointed out by VideoCardz, there are occasions when a certain card is delayed even after being listed in an EEC filing. Previously, the RTX 3070 Ti 16GB was set to be released on January 11, but we’ll have to wait and see if the card launches this month alongside the 3090 Ti.

We’ve also seen Nvidia launch another updated graphics card out of the blue, so the company may be planning to follow a similar release strategy for the RTX 3070 Ti 16GB model.

Elsewhere, the GeForce RTX 3090 Ti will be one of the most powerful graphics cards ever released for the consumer market. Based on Nvidia’s Ampere architecture, the card will deliver 24GB of 21Gb/s GDDR6X memory and bandwidth of 1TB/s. It launches on January 27.

Another card that will become available on that same date is the $250 RTX 3050. Nvidia is said to be preparing a large amount of stock for the card that will exceed inventory levels of other GPUs like the RTX 3060 and 3060 Ti.