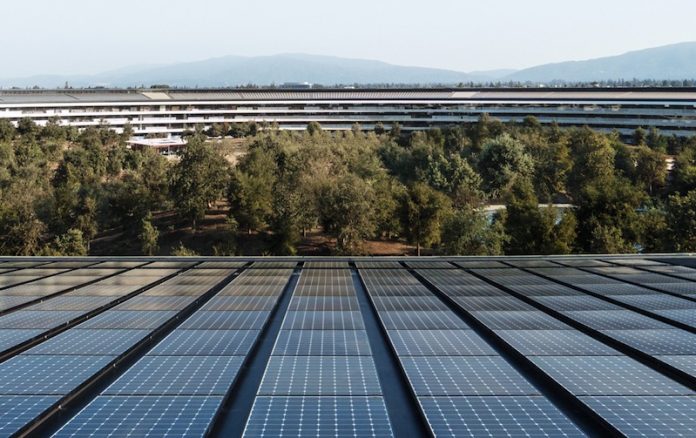 In a paywalled report, DigiTimes claims that Apple’s goal of achieving carbon neutrality by 2030 is putting pressure on its supply chain, with major suppliers such as TSMC scrambling to meet the company’s demands. Sources speaking to DigiTimes said that TSMC was making slow progress toward carbon neutrality and is being forced to take more assertive action to reach its environmental goals.

TSMC supplies all of Apple’s custom silicon chips for the Apple Watch, iPhone, iPad, and Mac. The company is said to be concerned about the high cost of achieving net-zero carbon emissions and is finding it difficult to purchase enough green energy. Despite this, TSMC now sees its green credentials as key to its ability to stay competitive in the years ahead, with the tangential benefit of improving efficiency.

Just as Apple is compelling its suppliers to save energy and reduce carbon emissions, TSMC is putting the same pressure on its own supply chain. Several hundred factories in Taiwan singularly depend on TSMC for orders and the chip manufacturer has urged its suppliers to reduce their carbon footprint by using energy from renewable sources.

TSMC previously announced a 20 percent energy-savings goal for its supply chain by 2030, and now it has warned suppliers that they could lose orders if their processes are not considered to be green enough in the future. Some of the chip maker’s suppliers that are themselves struggling to meet environmental goals have reportedly sought assistance from TSMC and external organizations.

While demand for TSMC’s chips continues to expand, the push for green manufacturing and renewable energy procurement and the cost of carbon taxes and fees is significantly increasing production costs. As such, environmental goals are said to be “major risks” for TSMC’s operations going forward.Tags: TSMC, digitimes.com, Environmental Responsibility, Apple environment, environment
This article, “Apple Suppliers Struggling to Meet Environmental Goals” first appeared on MacRumors.com

Facebook
Twitter
Pinterest
WhatsApp
Previous articleDeals: M1 iMac Drops to Lowest-Ever Price of $1,399 on Amazon ($100 Off)
Next articleHere’s what we know about Horizon Forbidden West on PS5 (so far)
- Advertisment -