HomeNewsApple Music Is the World's Second Most Popular Music Streaming Service Behind...
News 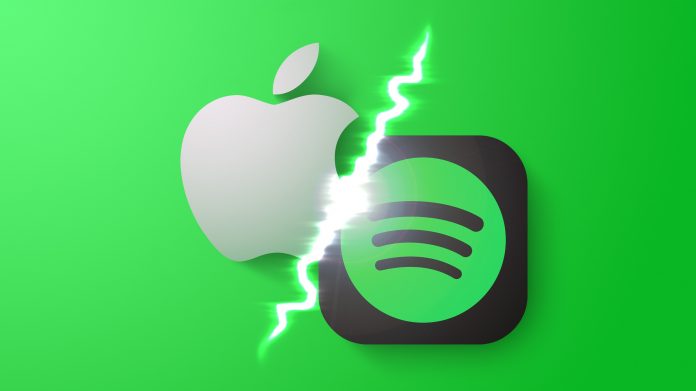 Apple Music is the second most popular music streaming service globally, but remains far behind Spotify in its continuing quest for streaming dominance, according to new market research.

According to a new report by Midia Research, ‌Apple Music‌ subscribers made up 15% of all streaming service listeners in the global market in the second quarter of 2021, placing it in a distant second place behind Spotify.

Spotify remained the dominant service, commanding more than double that amount with 31% of the worldwide market share, although this represents a small drop from 33% in 2020. Amazon Music and Tencent Music both took a 13% market share, with YouTube Music making up 8% of subscriptions globally.

Spotify remains the DSP with the highest market share (31%), but this was down from 33% in Q2 2020 and 34% in Q2 2019. With Apple Music being a distant second with 15% market share, and Spotify adding more subscribers in the 12 months leading up to Q2 2021 than any other single DSP, there is no risk of Spotify losing its leading position anytime soon – but the erosion of its share is steady and persistent.

According to the report, Amazon Music again outperformed Spotify in terms of growth (25% versus 20%, respectively), however YouTube Music was the standout performer for the second successive year, growing by more than 50% in the 12 months leading up to the second quarter of 2021. 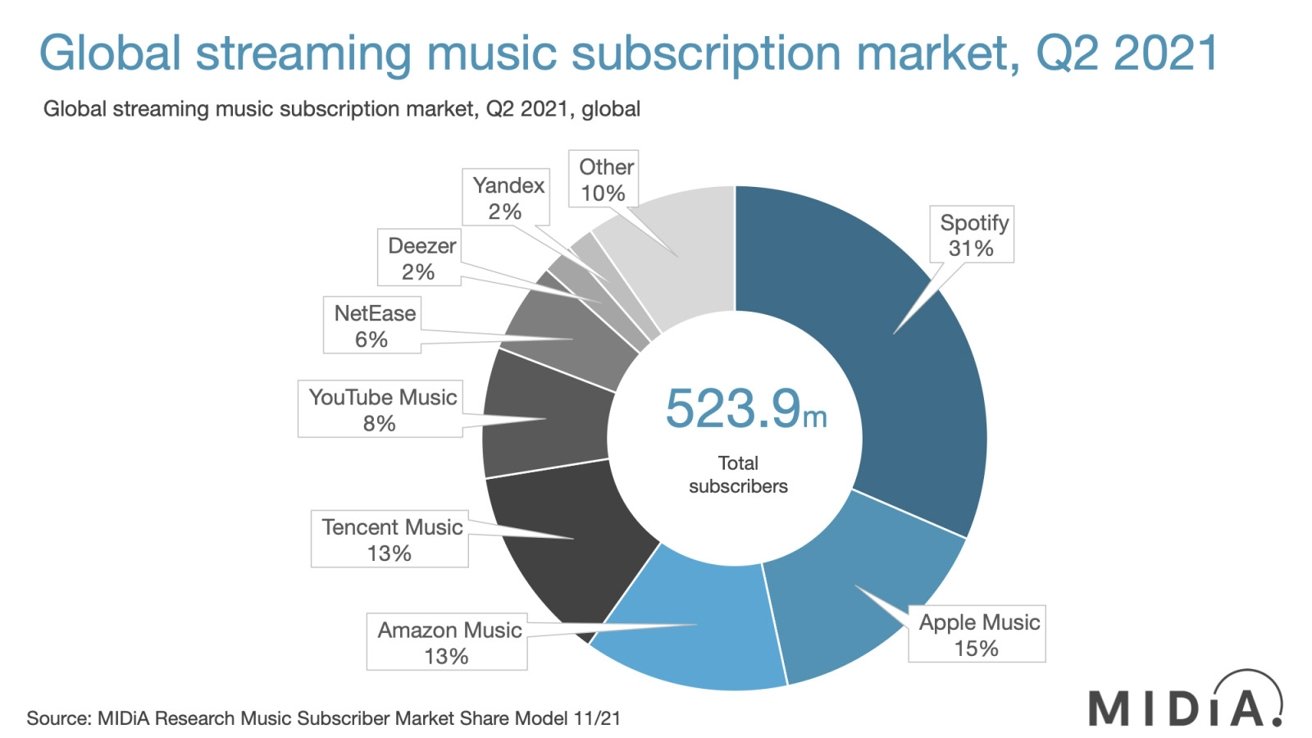 YouTube Music was the only service to increase its global market share during this the period, thanks to its popularity with Gen Z and younger Millennials, according to the report.

Google was once the laggard of the space, but the launch of YouTube Music has transformed its fortunes, growing by more than 50% in the 12 months leading up to Q2 2021. YouTube Music was the only Western DSP to increase global market share during this the period. YouTube Music particularly resonates among Gen Z and younger Millennials, which should have alarm bells ringing for Spotify, as their core base of Millennial subscribers from the 2010s in the West are now beginning to age.

Meanwhile, Apple continued to bolster its music streaming service in 2021 by adding support for Spatial Audio and Lossless audio at no extra cost to subscribers. The company also introduced a new subscription plan called Apple Music Voice that exclusively relies on ‌Siri‌ for music playback and user interaction.

The report notes that the global market for streaming music grew by 109.5 million by the end of Q2 2021 (around 26% year-on-year) and the total number of subscribers reached almost 524 million listeners.Tags: Spotify, Apple Music
This article, “Apple Music Is the World’s Second Most Popular Music Streaming Service Behind Spotify” first appeared on MacRumors.com