AMD employee explains why the RX 6500 XT performs so poorly 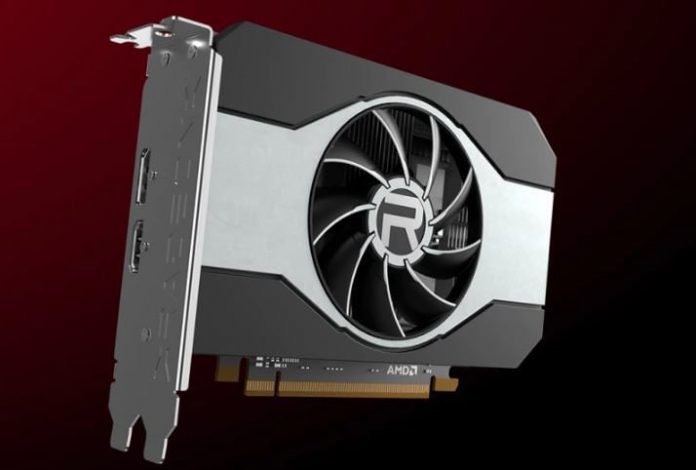 AMD has just launched the budget-friendly Radeon RX 6500 XT graphics card, and to say that the general response was lukewarm might still be an overstatement. Early reviews and benchmarks have poured in and most people are not impressed by the Navi 24 GPU.

Although the RX 6500 XT is underwhelming for desktop gaming, an AMD employee has just explained the reason why: According to him, the card was actually designed for Ryzen 6000 laptops.

AMD hasn’t made an official statement as to why the card is not performing as well as you’d expect from a GPU released in 2022. However, John Bridgman, principal member of technical staff at AMD, made a statement that could explain the card’s lackluster performance. He posted it on Phoronix forums as a reply to a user who remarked on the poor media capabilities of the RX 6500 XT.

“The primary use of Navi24 will be in laptops paired with a Rembrandt APU, which has full video functionality and Gen 4 PCIe. My impression was that it was just encode that was limited in Navi 24, not decode — still not sure if that limitation is real or just a typo on the product page. Trying to find out a definitive answer,” said Bridgman.

The original poster wasn’t wrong: The card doesn’t seem to have much to offer, be it for creatives or for gamers. It lacks encoding suppor,t as well as AV1 decoding, which is enough to put off content creators, and its other specifications are not very attractive to gamers either.

The Navi 24 GPU found inside the RX 6500 XT has 5.4 billion transistors on a 107mm die. It has 16 compute units, 16 ray accelerators, 1,024 stream processors, 64 texture units, and 32 render output units (ROPs.) It also only features two display pipelines as opposed to the four found in RDNA 2 graphics cards. Other specifications of the RX 6500 XT include 4GB of GDDR6 memory and a 64-bit memory bus, as well as a boost clock of up to 2,815MHz.

Bridgman’s post may not be an official statement from AMD, but it does serve as an explanation why a card with such specifications was released in the first place. Tom’s Hardware has shared some of the reasons that AMD has talked about in the past, citing the fact that the company wanted to make the RX 6500 XT unattractive to cryptocurrency miners — which is why its specifications were cut down.

The card hit the shelves as an entry-level offering priced with an MSRP of $200. Although it sold out very quickly and can now only be bought from scalpers (often priced well above $400,) the market at large was still unimpressed. However, if AMD really meant to release the Navi 24 GPU as a graphics card for the upcoming Ryzen 6000 Rembrandt APUs, it could have more potential than what we’re seeing in this desktop version.

The AMD Radeon RX 6500 XT consumes too much power and heats up too much to be used in laptops in its current form, but the Navi 24 GPU could work in a laptop after some adjustments. It still wouldn’t be one of the best graphics cards for gaming, but it wouldn’t be as big a disappointment as this desktop version seems to be.

Combining the RX 6500 XT with an AMD Rembrandt APU may have some merit to it. AMD’s upcoming APUs already have some media and graphic capabilities of their own, so the duo could be effective in midrange laptops. However, as it is now, there are probably better graphics cards you could be buying instead of the RX 6500 XT.

Facebook
Twitter
Pinterest
WhatsApp
Previous articleAre you able to answer phone calls and messages on the Garmin Venu 2 Plus?
Next articleApple Inks Deal for Godzilla TV Show Based on Legendary’s Monsterverse
- Advertisment -