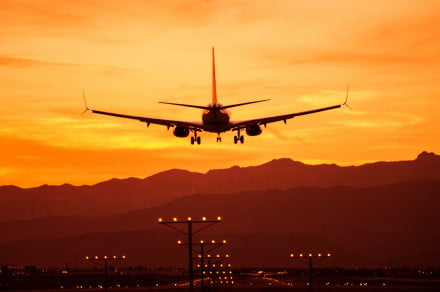 U.S. airline chiefs fear “catastrophic disruption” to flight schedules if AT&T and Verizon switch on their new C-Band 5G networks this week, adding that “tens of thousands of Americans” could potentially be stranded overseas.

The issue centers on concerns that interference from 5G cell towers close to airports could affect sensitive airplane safety instruments such as the altimeter, which is vital for low-visibility landings. Up to now, the Federal Aviation Administration (FAA) has cleared only about half of the U.S. commercial aircraft fleet as safe to land at airports where the cell towers are deployed, meaning numerous flights could be impacted until the matter is resolved.

In a letter obtained by Reuters sent to regulators, concerns were expressed by chief executives from carriers including American Airlines, Delta Air Lines, United Airlines, and Southwest Airlines.

“Unless our major hubs are cleared to fly, the vast majority of the traveling and shipping public will essentially be grounded,” the letter said. “Immediate intervention is needed to avoid significant operational disruption to air passengers, shippers, supply chain, and delivery of needed medical supplies.”

The letter said the issue could “potentially strand tens of thousands of Americans overseas,” adding: “To be blunt, the nation’s commerce will grind to a halt.”

Responding to concerns, AT&T and Verizon last year postponed their C-Band 5G activations until January 5 to allow the FAA to further investigate the matter, with the date then pushed to January 19 — this Wednesday.

The airlines want the cellphone companies to refrain from activating 5G cell towers within 2 miles (3.2 km) of airport runways to avoid what it said could be “catastrophic disruption” to flight schedules. In further action, Verizon and AT&T have put in place exclusion zones around 50 of the largest airports in the U.S., but it seems that the size of these zones is smaller than what the airlines are requesting.

The airlines’ letter comes after the FAA said on Sunday it had deemed it safe for nearly half of the U.S. commercial aircraft fleet to undertake low-visibility landings at many airports where C-Band 5G will be activated on Wednesday, with more permissions expected soon.

The issue of C-Band 5G cell tower deployment near airports has been rumbling on for a long time, so it will surprise many that even at this late stage it has yet to be resolved.

In a letter sent to the FCC in 2017, for example, the Aerospace Vehicle Systems Institute said earlier plans to use the C-Band for telecommunications were ditched after studies showed interference to be so unpredictable.

Digital Trends has reached out to the main players for comment on the current situation and we will update this article when we hear back.

For a closer look at what’s going on, check out this in-depth Digital Trends article.