HomeNewsWhy the FTC (and everyone else) is trying to block Nvidia from...
News 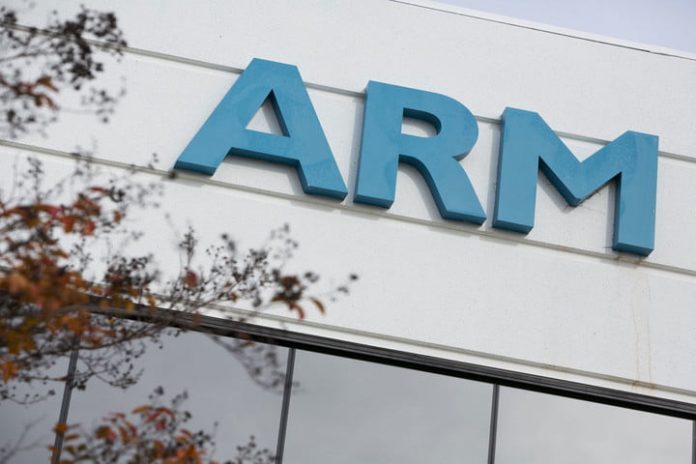 The U.S. Federal Trade Commission (FTC) is suing Nvidia. Why? Well, Nvidia attempted to acquire U.K. chip designer ARM in 2020 to the tune of $40 billion. And since then, it has encountered an onslaught of probes from governing agencies around the world. Now, the U.S. is stepping in, and the FTC clearly isn’t content to do it quietly.

Nvidia has been under a microscope by regulating authorities around the world for more than a year. In what could be the largest semiconductor merger in history, everyone from industry professionals to antitrust regulators have voiced concern. Here’s why, and if Nvidia will ever be able to buy ARM.

Why no one wants Nvidia to buy ARM

The main concern with Nvidia buying ARM is vertical integration — that is to say, two companies at separate steps in the supply chain. Nvidia produces chips, and ARM designs chip intellectual property (IP) and instruction set architectures (ISA). In short, Nvidia and ARM stand at different points in in the life cycle of designing products that use semiconductors and bringing them to market.

A U.K. probe into the deal from July spells out the concern: “Nvidia and ARM are important drivers of technological change in their fields, and the merger would afford the merged business a significant degree of control over key technologies for a range of sectors.” The report concluded that the deal isn’t appropriate given the implications it has for competition.

ARM is, by far, the largest chip designer in the world. The company says its designs are used in 200 billion devices. In 2020, it was estimated that Qualcomm, Apple, and MediaTek made up three-fourths of the mobile computing chip market — and all three companies use ARM designs for their chips. That’s not to mention other types of products in which ARM designs are used . The company designs chips for data centers, GPUs for phones, and edge computing chips (like the ones you find in smart home devices).

Nvidia is one of ARM’s customers, in fact. The company may focus its GPUs toward the consumer crowd, but it has rapidly moved into the world of autonomous vehicles, A.I. supercomputing, and data center security. Its most recent earnings report showed record revenue for its data center business, and for the first time, faster growth than its gaming business. Given the trends now, we could see Nvidia’s data center revenue surpass gaming for the first time within the next year.

If the deal went through, Nvidia would have control over the world’s dominant chip designer. Nvidia already uses ARM designs, and the FTC lawsuit and many probes into the deal allege that Nvidia would be able to stifle competition to its growing data center business if it acquires ARM.

Nvidia says that it would allow ARM to remain independent under the deal, but it’s easy to see the conflict the deal presents. Government agencies aren’t the only ones worried about the merger. One of ARM’s customers, Qualcomm, has reportedly objected to the acquisition. Google and Microsoft have also reportedly joined in the objection.

If those reasons weren’t enough, ARM China’s CEO, Allen Wu, refused to leave the company after being fired in 2020. Wu went as far as to hire his own private security to maintain control, and Chinese regulators weren’t keen on stepping in. To further illustrate how much opposition Nvidia faces, the company already has a dedicated page on its site for Nvidia’s vision for ARM in China.

Although it’s a stretch to say everyone is against this deal — Broadcomm and MediaTek are two notable advocates of it — governmental bodies and massive technology companies aren’t convinced. And with a lawsuit now on the books, Nvidia could be facing its biggest challenge yet.

Why the FTC is suing Nvidia right now

The recent FTC lawsuit is far from the first hurdle Nvidia has encountered to a deal that could be worth upwards of $54 billion. Even at the conservative estimate of $40 billion for the deal, it would be the largest semiconductor merger in history.

The U.K. decided that the deal would stifle competition. A probe from the EU expressed similar concerns: “Our analysis shows that the acquisition of ARM by Nvidia could lead to restricted or degraded access to ARM’s IP, with distortive effects in many markets where semiconductors are used,” EU competition chief Margrethe Vestager said in a statement. China is looking at the deal, too, and the U.K. announced a second probe into it in November. Even absent the FTC lawsuit, Nvidia likely wouldn’t be able to proceed with the merger until well into 2022.

FTC commissioners voted unanimously to proceed with the lawsuit. The lawsuit lays out three areas where the merger could eliminate competition:

Autonomous vehicles, and the hardware and software necessary to them
Data center networking products that improve security and efficiency
CPUs for cloud-based applications

Although the lawsuit doesn’t mention graphics cards or consumer PCs, Nvidia has been forward about ARM-based gaming PCs, suggesting it would use the merger in more than just the data center.

Critically, the lawsuit also alleges that the deal would give Nvidia access to its rivals’ confidential trade secrets. “Today, ARM’s licensees — including Nvidia’s rivals — routinely share competitively sensitive information with ARM,” the press release reads. “The acquisition is likely to result in a critical loss of trust in ARM and its ecosystem.”

Currently, ARM is considered a neutral party in the semiconductor industry. It has been described as the Switzerland of chips, using an open licensing approach that allows anyone to access the ARM IP for free. The FTC alleges the merger would hurt the integrity of ARM’s status in the industry, giving “Nvidia the ability and incentive to use its control of this technology to undermine its competitors.”

The FTC’s administrative trial is set to begin on August 9, 2022. The second U.K. probe and the ongoing probe from China have already pushed the deal into limbo, and the FTC’s lawsuit is positioned to drag it out even further.

Will Nvidia be able to buy ARM?

It’s hard to say for sure, but Nvidia’s acquisition of ARM is looking more unlikely than ever. The FTC’s lawsuit is the first firm roadblock the deal has faced, but other governmental agencies around the world have shown that they’re not done with voicing concern. It seems the goal at this point is to drag out the deal until it’s ultimately dropped.

Analysts suggest that the merger won’t go through. When speaking with CNBC, angel investor Ian Hogarth said that he believes it has less than a 25% chance of going through. Alan Priestly, vice president of research outfit Gartner, said that ARM may decide to go public on the stock market if the purchase is dropped.

There isn’t a way to know if Nvidia will be able to buy ARM. Even if the lawsuit is settled in favor of Nvidia, though, this is far from the last blockade Nvidia will face. With the semiconductor industry idly waiting and government agencies eager to shut it down, Nvidia may have to give up on the largest semiconductor merger in history.