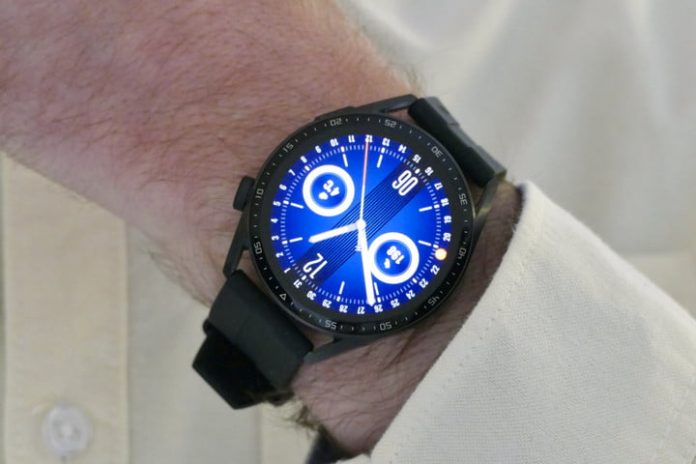 Vivo entered the smartwatch market with the Vivo Watch in September 2020. Today, the company released the Vivo Watch 2. The product will likely compete with the Huawei Watch D, which got a China launch just a day later. This is also the first smartwatch from Vivo to gain SMS functionality via an eSIM, or embedded SIM, making it stand out a bit in an otherwise crowded market. The watch’s design was revealed ahead of its official launch, so there are no surprises here. It has a 46mm case and two silicone strap options — black and white. The circular dial has a neat finish, with two tiny buttons on the side. The smartwatch has a 515mAh battery that runs for seven days on just a single charge. The watch is equipped with an OLED display as well. Other common features such as heart rate measurement, GPS tracking, and a step counter are also present.

Huawei’s Watch GT 3 (pictured) and the Watch D would give stiff competition to the Vivo Watch 2. Andy Boxall/Digital Trends

Vivo also announced a collaboration with three of China’s major telecom operators — China Telecom, China Unicorn, and China Mobile — to enable SMS functionality via an eSIM. This means that the Vivo Watch 2 can communicate through SMS without having to be paired with a partner device via Bluetooth, internet, or Wi-Fi, which could make it a game-changing smartwatch.The wearable is currently available on Vivo’s China website for pre-order, and 91 mobiles has suggested that there will be two variants of the Watch — a Bluetooth version and an e-SIM variant, though the site seems to only show three color options for one variant currently. The Bluetooth version would be priced at 1,299 yuan ($206), while the eSIM version could land at a price of 1,699 yuan ($270).

Facebook
Twitter
Pinterest
WhatsApp
Previous articleRealme’s first truly premium phone is finally set for a January 4 launch
Next articleHow to get a gaming laptop for under $1,000 through Dell deals
- Advertisment -