HomeNewsThe Samsung Galaxy S22 Ultra is getting a new feature to enhance...
News 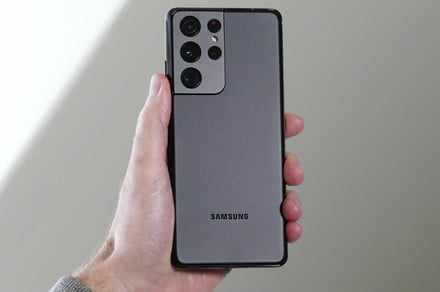 The past few weeks have seen a flurry of rumors surrounding the Samsung Galaxy S22 series — and this is likely to continue leading up to the launch of the phone. The newest Galaxy S22-related rumor comes courtesy of South Korean publication iMaterial, which seems to have chanced upon a hitherto unheard-of camera feature on the Samsung Galaxy S22 Ultra.

According to the author of the post, Jaemin-jing, the Samsung Galaxy S22 Ultra is likely to get a new camera-centric feature called “detail enhancer.” He unearthed references to this feature following a teardown of the Samsung Galaxy S22 Ultra’s camera app. The purpose of this feature — if not evident already — is made even more clear in one of the strings within the code, which says: ‘Turn on detail enhancer to capture even more detail.”

What we do not know yet is how Samsung intends to “capture even more detail” on the Galaxy S22 Ultra. Chances are we might be looking at a software feature that uses algorithms to reveal more details and “enhance” the final image without the need of any postproduction.

Folks at Sammobile have hinted at the possibility of the feature enhancing the macro mode on the Galaxy S22 Ultra — somewhat along the lines of the Microscope camera on the Oppo Find X3 Pro from earlier this year. However, given the likelihood that the 108-megapixel sensor will be mated to a wide-angle lens, using this camera for macros could be a tall order.

There is also a chance that the detail enhancer feature isn’t intended for macro shots at all. Instead — when turned on – – it will use multi-frame processing and A.I. algorithms to enhance the details captured in everyday situations. Or it could be something along the lines of a super-resolution mode where the camera takes a full-resolution 108MP photo, and the detail enhancer feature makes the shot even better using the algorithm.

The detail enhancer feature could be exclusive to the Galaxy S22 Ultra at launch. However, given Samsung’s track record, there is a good chance that it could trickle down to older, less expensive devices from its portfolio a few months down the line.