HomeNewsThe best new laptops of 2021: Innovation on all fronts
News

The best new laptops of 2021: Innovation on all fronts 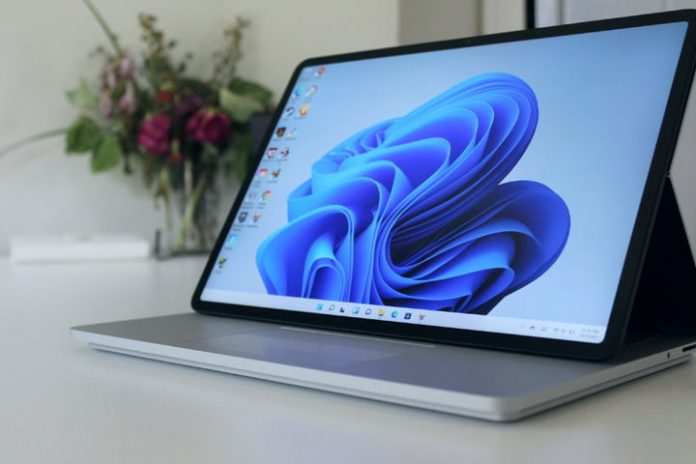 2021 was an exciting year for laptops. We saw better displays with higher refresh rates on non-gaming machines, faster CPUs, and innovative form factors. We even saw better budget laptops than ever, with some blurring the distinction between budget and premium.

Even among such a diverse and excellent field, some new laptops stood out. A few were brand new models, while some were considerable iterations on established lineups. But all brought something new to the table beyond a spec bump as we normally see in laptop updates.

Microsoft could have iterated the Microsoft Surface Book 3, maybe adding in newer processors and upping the GPU performance but otherwise keeping the tear-off display form factor the same. Instead, it came out with something completely new, the Surface Laptop Studio, which borrows the pull-forward convertible 2-in-1 design from the HP Spectre Folio while building in much more powerful components. In this case, that means 11th-gen 35-watt Intel Core i5 and i7 CPUs, up to an Nvidia GeForce RTX 3050 Ti GPU, and a 120Hz display. It’s fast enough for demanding productivity workflows while meeting the needs of less demanding creative professionals and gamers.

Our review called the laptop “weird and wonderful,” and that’s an apt description. With its display folded upright, it’s like any standard clamshell laptop — comfortable in a lap and cutting the same familiar profile. But fold the display outward, that is, swivel it along its center so the bottom moves forward, and you have “Stage Mode” that’s optimal for viewing media or otherwise concentrating on the display.

Pull the bottom further out and the display lays flat, perfect for writing with a Surface Slim Pen 2 — complete with haptic feedback that makes the experience feel more like writing on a piece of paper. The Surface Laptop Studio is one of the unique laptops introduced in 2021, and it proves that Microsoft isn’t resting on its laurels.

Razer has consistently produced some of the best gaming laptops on the market, with its Razer Blade 15 topping our best gaming laptops list for a while. That changed in 2021 with the introduction of the Razer Blade 14, an even smaller laptop that’s easier to carry from LAN party to LAN party while still packing in a surprising amount of gaming power. It immediately took over our top spot and hasn’t looked back since.

It’s the first Razer laptop built around AMD’s Ryzen 5000 CPU, making it incredibly fast at CPU-intensive tasks, while somehow squeezing up to an Nvidia GeForce RTX 3080 GPU into the thin and light chassis. The Razer Blade 14 enjoys the iconic Razer Blade aesthetic, bold and beautiful without being garish. This is a laptop you can use in a conference room without being embarrassed.

We include both the MacBook Pro 14 and MacBook Pro 16 here because they’re very similar laptops that share the same tremendous benefits. Apple has outdone itself with these machines, increasing their connectivity and, most importantly, transitioning from Intel CPUs to Apple’s own M1 Pro and M1 Max processors. These are two incredibly fast laptops for creators, churning through demanding creative workflows in a fashion once relegated to dedicated portable workstations. Even with all that power, they’re two of the longest-lasting laptops we’ve tested when unplugged.

As always, they’re among the best-built laptops you can buy, and while they’re a bit thicker to accommodate the enhanced connectivity, they’re still thin enough and sport an elegant aesthetic. They’re expensive, but if you’re a creative professional who needs a lot of power on the go, then the MacBook Pro 14 and the MacBook Pro 16 are the go-to laptops for you.

The Surface Pro line isn’t new. In fact, it’s in its eighth generation, making it a long-running series. But the Surface Pro 8 is so different from its predecessors that it might as well be a new device entirely. Its display is bigger and now runs at 120Hz, making for smooth animations, while its bezels are smaller, meaning it’s only fractionally larger than its predecessor.

The Surface Pro 8 supports the Surface Slim Pen 2 and shares the haptic feedback with the Surface Laptop Studio, making it feel like you’re writing on paper and not a piece of glass. It’s also a faster laptop that finally incorporates Thunderbolt 4 for the most powerful connectivity options — including external GPU enclosures. The Surface Pro 8 isn’t just a step up from the Surface Pro 7, it’s a major leap.

Best of all, the Spectre x360 14 retains the elegant Spectre aesthetic, which gem-cut corners and edges and colors that stand out without being outlandish. The laptop is one of the best looking you’ll find, and it’s also one of the best built with no flexing or bending anywhere in the lid or chassis. It’s fast, has good battery life, and offers a 3K (3,000 x 2,000) OLED display with wide and accurate colors and incredible contrast. The Spectre x360 14 is the best convertible 2-in-1 you can buy today, and it was a standout 2021 introduction.

Take everything that’s great about one of the best business laptops you can buy, the Lenovo ThinkPad X1 Carbon Gen 9, and shrink it down to a diminutive package that maintains the same ThinkPad style, build quality, and performance. That nets you the Lenovo ThinkPad X1 Nano, a brand-new model in the ThinkPad line in 2021 that’s all about being small.

And small it is, coming in at just 0.66 inches thick (tapered from a very thin 0.55 inches) and weighing just 1.99 pounds. That is remarkably light!

Even so, it retains the ThinkPad’s vaunted build quality with no bending, flexing, or twisting, and it’s been subjected to the usual suite of military tests for robustness. Going small doesn’t mean getting flimsy. The ThinkPad X1 Nano offers a high-resolution display with premium-level colors and contrast, and it’s a fast performer that will provide a full day’s work on a single charge of the battery.

The Asus ZenBook 13 OLED was the first laptop to offer the brilliant colors and inky blacks of an OLED display for less than $1,000. That by itself was an accomplishment. But it also packed in excellent performance thanks to an AMD Ryzen 7 5800U CPU, a solid build quality, and spectacular battery life, making it one heck of a bargain.

It’s been on our list of best laptops since its introduction, thanks to its being such an incredible bargain. Its OLED display might be just Full HD (1,920 x 1,080) in the old-school 16:9 aspect ratio, but that’s still good enough for creative professionals with less demanding needs. The ZenBook 13 OLED broke the mold of what makes for a great midrange laptop.

There’s more where that came from

This is just a short list of the best new laptops for 2021. Really, many great laptops made their debut this year, and we simply didn’t have space to list them all. So, we were judicious, and we think the laptops included here are the best of the best.

Check out all our laptop reviews for more great new machines that made their debut in 2021. And, we’re looking forward to 2022, when Intel’s 12th-gen CPUs promise to change the game once again.

Facebook
Twitter
Pinterest
WhatsApp
Previous articleCan you use two forms of payments on the PlayStation Store?
Next articleDo yourself a favor and audit your terrible passwords this new year
- Advertisment -

The best new laptops of 2021: Innovation on all fronts

Can you use two forms of payments on the PlayStation Store?